Review: Fabulation, or the Re-Education of Undine 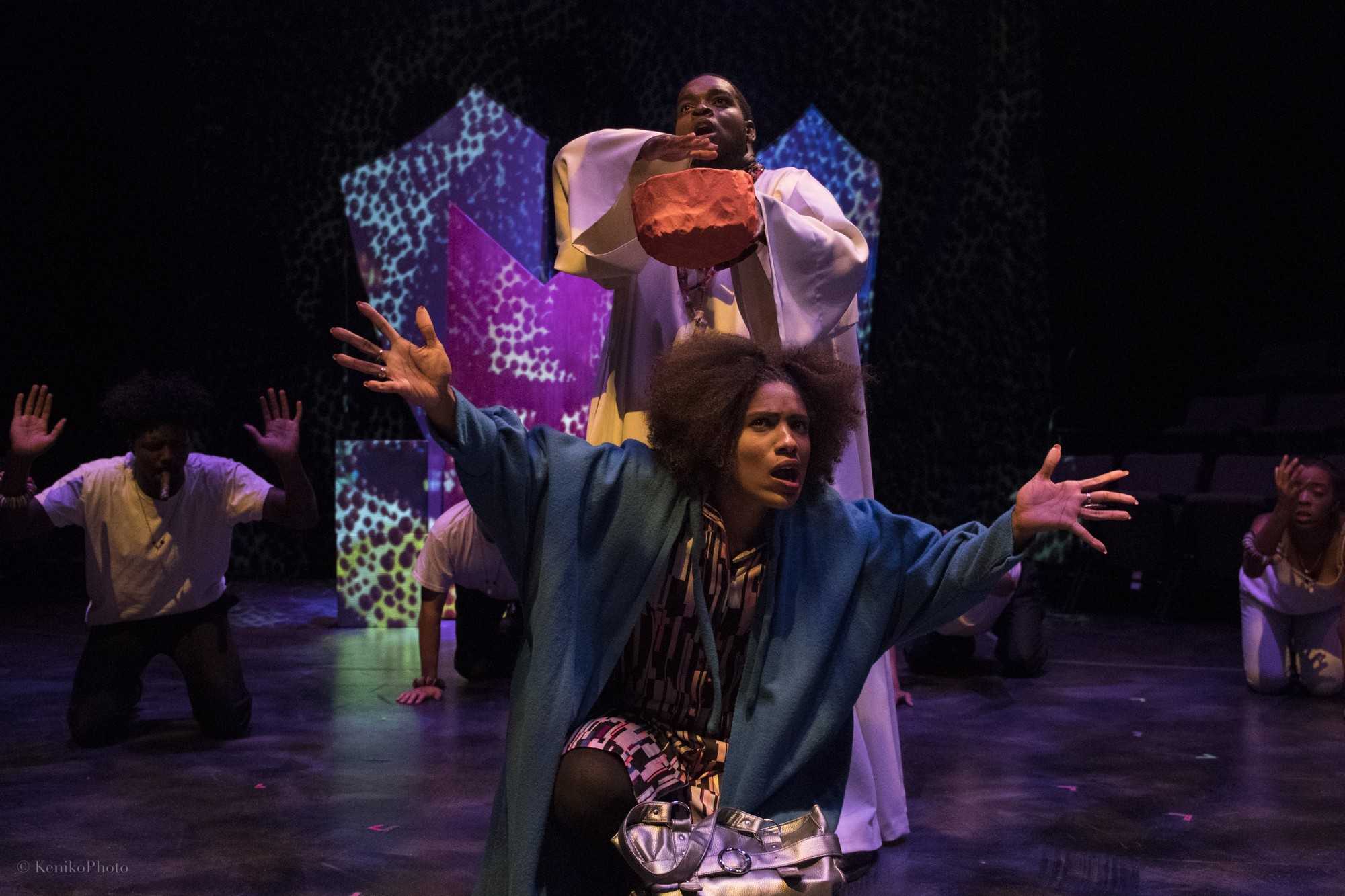 In Christine Menzie’s, “Fabulaton, or the Re-education of Undine,” this is much like the character Undine herself, in that one expects her to have an emotional turn around, but she stays refreshingly unrepentant for her callous treatment of others throughout all the while being supposedly “re-educated” by those she interacts with.

She appears to have it all until one day Undine finds herself broke, pregnant and alone after Herve leaves with all her money.

Seeing no other option, Undine slinks back to her old life of poverty in Brooklyn and rejoins the family she once disowned.

While it is tempting to spew the same tired, hackneyed platitudes about authenticity, humility, and “staying true to one’s self” in stories that deal with this kind of rise, fall and inevitable rise again of protagonists, playwright Lynn Nottage manages to do so, but avoids all that.

Her words are witty, current and bitingly funny.

Destiny Vicker’s portrayal of Undine as a pretentious social climber is, at times, over the top that it verges on hokey, but her relentless energy and obvious passion for the role shines through and helps propel the dragging story forward.

Fellow actress Deepti Kingra stands out in the role of Undine’s long-suffering assistant, Stephie, who manages to keep her cool as Undine barks orders at her.

Similarly, when Undine finds herself in a drug rehab group, it is actor Austen Parros, in the role of Addict #1, who delivers one of, if not the best, monologues of the entire production as he enthusiastically and hilariously describes the rush he felt from furtively consuming drugs.

Lighting designers Greg Reiser and Dan Weingarten help emphasize the frenetic energy brought on by all the chaos that consumes her.

Finally, Sara Clement’s set transforms from a Brooklyn project to a Social Services building to a jail cell seemingly without effort.

It is difficult to muster enthusiasm for a character who doesn’t actually reach her moment of vulnerability until the last five minutes of the play, and while the message that is trying to be conveyed is by no means subtle, it is Nottage’s clever one-liners which give the production a leg to stand on.

The play runs until Oct. 16 in the VPAC’s Experimental Theatre, with shows starting at 7:30 p.m. on Wednesday to Saturday. The last show, on Sunday, will start at 2 p.m.