Students question their preparedness, after previous earthquake warning in SoCal 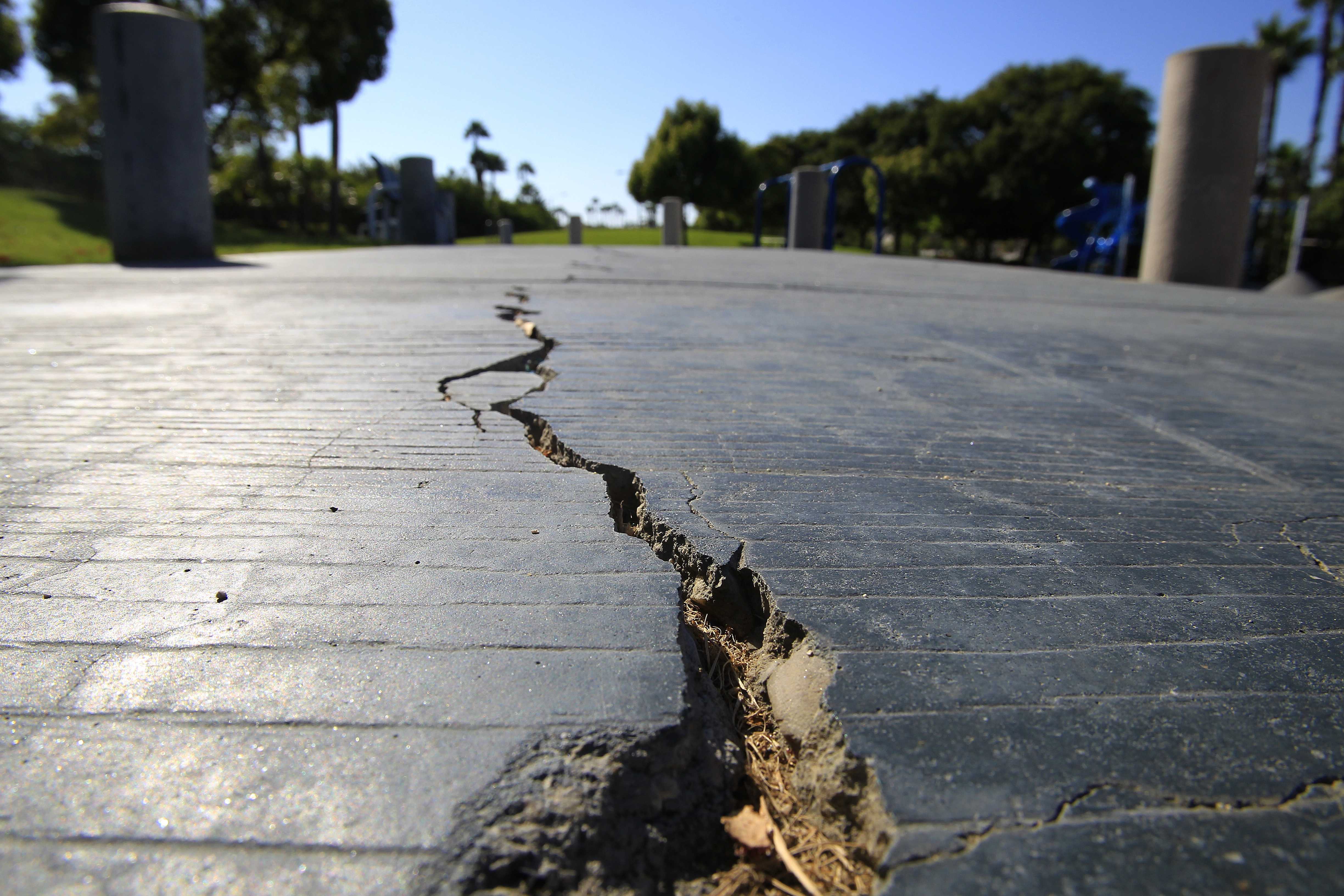 A long crack splits the sidewalk at the Discovery Well Park in Huntington Beach, Calif., located on top of the Newport-Inglewood fault. Scientists in California have found that earthquakes can occur much deeper below the Earth's surface than originally believed. (Allen J. Schaben/Los Angeles Times/TNS)

Following a cluster of about 150 earthquakes in the Salton Sea area, The California Office of Emergency Services issued a warning stating an increased possibility of a large scale earthquake in Southern California.

Head of CSUN’s Office of Emergency Management, Jenny Novak, said she has beenworking on improving and educating CSUN on its emergency plan.

“Our plan covers all disasters like fires, all the way to a plane crash landing on campus,” Novak said.

California is always at risk of having a huge earthquake. The United States Geological Survey reports about 10,000 earthquakes per year just in Southern California.

However, the warning ended on Oct. 4.

When Novak and CSUN Department of Police Services read the warning, she was surprised at this rare occurrence but was not distraught.

“It was business as usual. We have a pretty robust emergency action plan for all types of emergencies,” Christina Villalobos, Public Information Officer for CSUN Department of Police Services said.

CSUN police, along with select staff and faculty, train for these emergency situations.

With the negative news, there are good things that came out of it. Novak points out most students are not fully prepared in case of an emergency, but, because of the warning, students have been thinking about emergency preparedness again.

“[Yes] I did hear about it. I called my mom to talk about it right after,” said Alina Paiz.

Scott Austin, communications major, said he got a little worried when he heard about the warning.

“I moved a couple heavy things off the shelves next to my bed,” Austin said.

He didn’t want them falling on him if an earthquake were to happen.

It is 2016, but USGS and seismologists all around the world still have no way to predict earthquakes with accuracy. Scientists can only give very good possibilities.

There are four simple things students can do to be more prepared for an earthquake, according to Novak.

Have spare sneakers in your car or next to your bed, in the case of hazardous objects in your path. Sneakers provide more security and stability as you move around.

Have some water ready to go. Novak suggests a gallon of water.

Communicate a preplanned place where family and/or friends can meet. Novak advises students to go into open areas. If you’re in the lower part of campus a good place would be the Oviatt lawn.

If you’re closer to the dorms the track field is also a good place. Commuters should talk to their family about a meeting place, and about a change of routes, in the case of closed or damaged roads.

Update* This article states that there is still an increase in possibilities of an earthquake in Southern California. However, according to the memorandum sent out by the California Earthquake Prediction Evaluation Council, which is attributed in this article, the warning ended on Oct. 4.