Activists speak out against Columbus Day 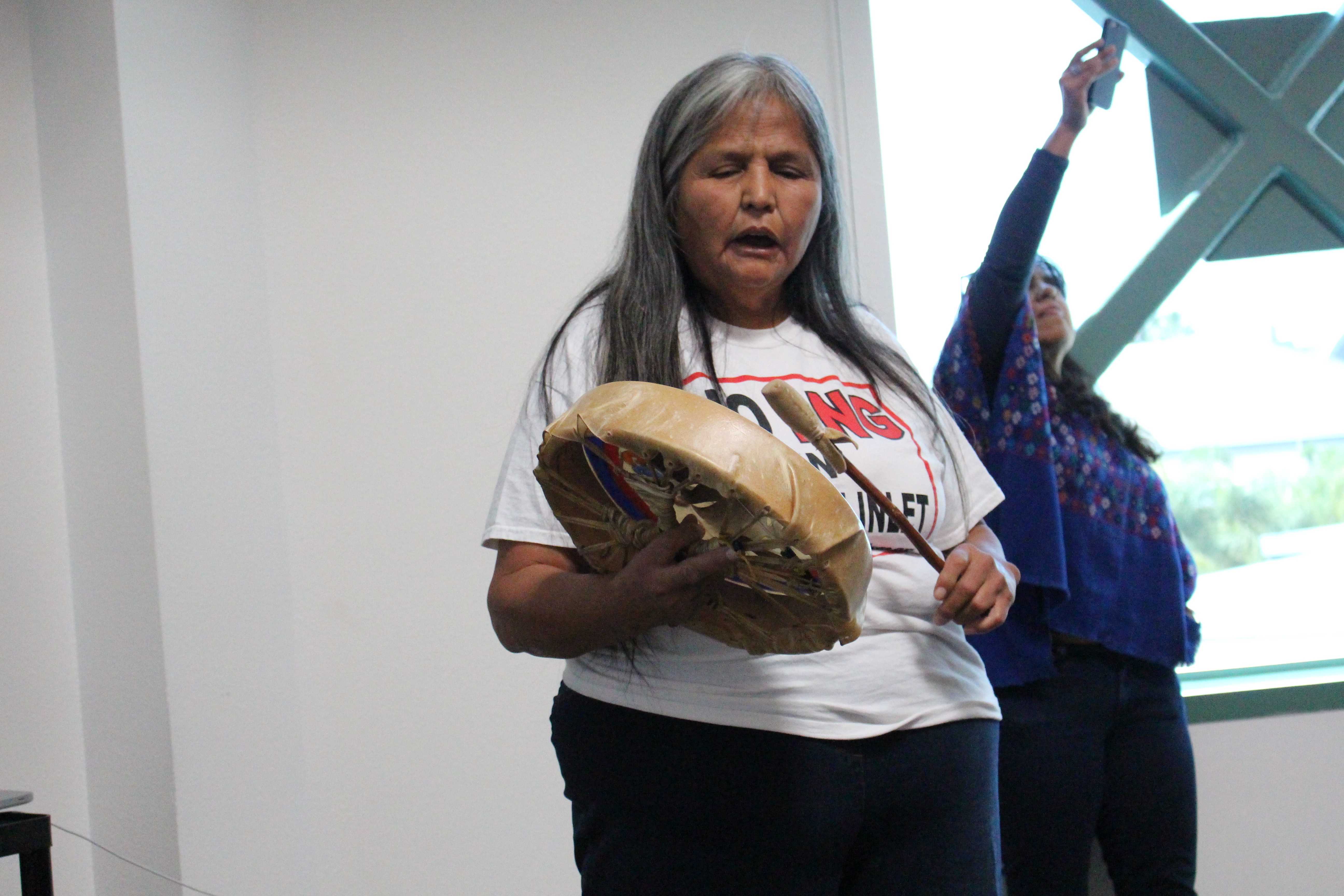 Tla’amin elder, Rose Henry, spoke about the importance of indigenous people, their rights, and the importance of nature at the Indigenious Resistance Celebration in the Flintridge Room of the USU on Tuesday, October 11.

On Tuesday, the day after Columbus Day, a group of activists from different parts of Central America and Canada came to CSUN to speak about how they believe indigenous people’s rights are being violated.

Columbus Day is considered by many indigenous people to be one of the most controversial observance days in United States history. Many cities throughout the country are officially recognizing the second Monday in October as Indigenous People’s Day rather than Columbus Day, the most recent being Phoenix, Ariz.

One of the speakers, a Native American woman by the name of Rose Henry, spoke about how she had met indigenous Native Americans in Canada who were being denied access to clean water, which she believes is a basic human right.

“People [Indigenous people] are becoming very empowered but still have a problem with this,” Henry said as she held up a bottle of water. “A high percentage of the indigenous people in Northern Canada and North America do not have access to drinking water.”

Henry also said the water in many indigenous communities in northern Alberta have been polluted by tar sands and the pipelines installed to extract it. According to Henry, in many communities, water is being used to pump toxic chemicals through the pipeline.

Based on the speeches given by this group of activists from Northern and Central America, it is clear the health and environment of indigenous people are some of their greatest concerns.

Another speaker, a man from Honduras by the name of Alfredo Lopez, spoke about how developmental and military aid is being sent by the U.S. to his home country in disguise of humanitarian aid to promote industrial development . In his view, this is an example of colonialism that is not unlike what Christopher Columbus did in his day.

“We are told a story that Christopher Columbus discovered America but really it’s just a history that is told by the people interested in telling that story.” Lopez said through an interpreter. “What they don’t say is that there was a complete looting of all the resources from Latin America in that discovery.”

A third speaker, a man from Panama by the name of Feliciano Santos, described a similar situation occurring in Panama where foreign industries are displacing and disrupting indigenous people and their culture.

“Hydro-electric companies are coming in and displacing many people, specifically indigenous people,” Santos said through an interpreter.

Santos described this phenomenon of industrial development as an invasion and a violation of the Panamanian constitution that states the duty of the country is to protect and provide security to the Panamanian people.

Santos also said the military seem to be policing local indigenous people and forcing them off their land, so as to benefit the interests of industrial companies looking to develop.

“The [Panamanian] government is only interested in companies generating revenue for the economy of the country without caring about the culture of the indigenous people living on that land,” Santos said.

Santos also gave his opinion on Columbus Day which was similar to the other speakers of the day.

By the end of the event, it was clear that many of the speakers were very critical of Columbus Day and felt it misrepresents American history.