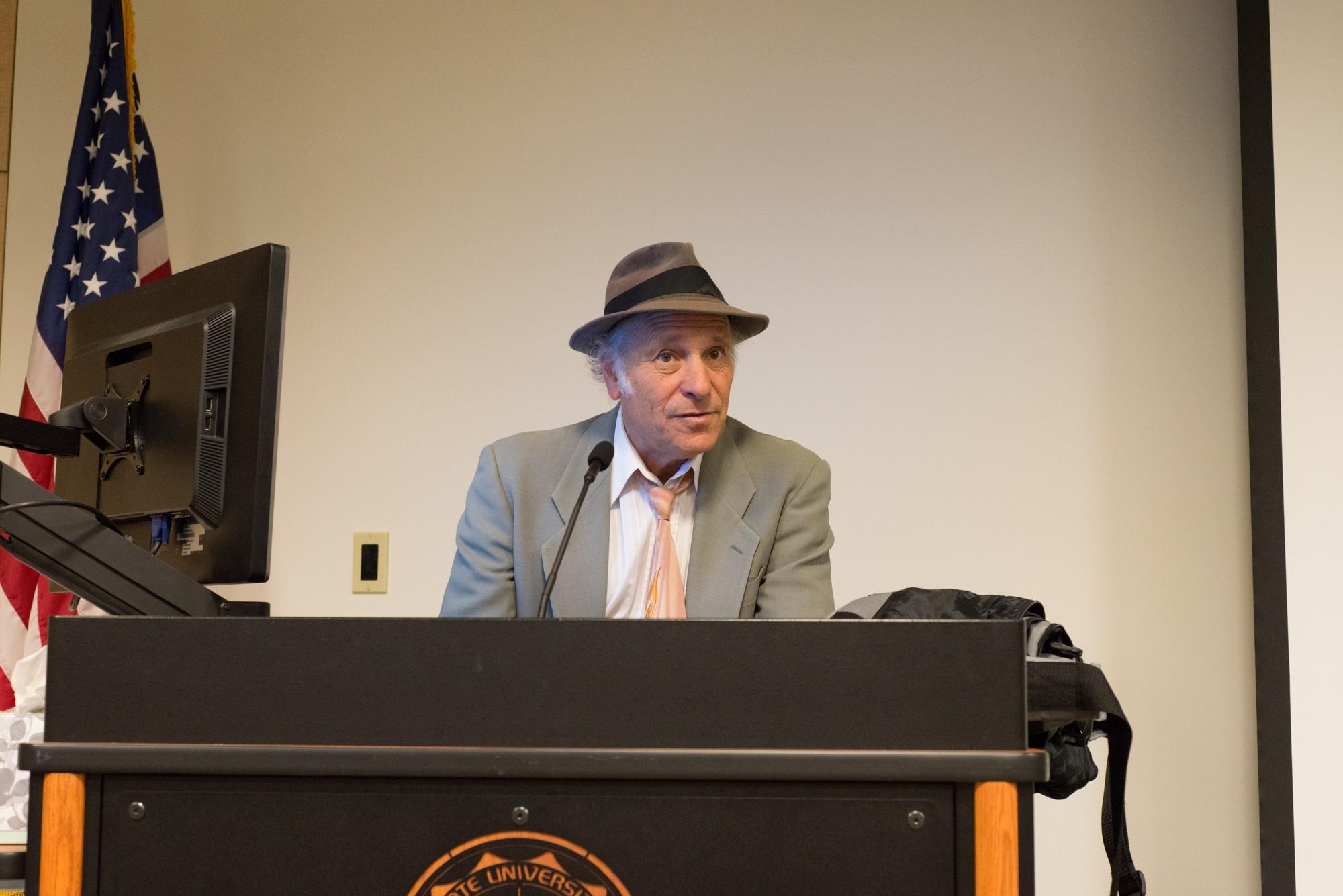 Greg Palast introducing himself to his audience before screening his movie at the Oviatt library at 5 pm october 12, 2016 Photo credit: Alejandro Aranda

Investigative reporter Greg Palast visited CSUN to show his new film, “The Best Democracy Money Can Buy: A Tail of Billionaires & Ballots” at the Oviatt Library on Wednesday.

The film talks about billionaires manipulating the election process with their money and how they are accomplishing getting away with this.

“I’m always open to new information and I felt like I was really interested in how specifically Republicans or Democrats were using their power to scrub voting off like not taking colored people’s votes,” said Mariah Cortez, a business law major. “I felt like it opened up more of what is exactly going on here.”

Freshman Erin Brown said that he would still be voting and that the film had not affected his participation in voting.

This event was beneficial to the students attending, as it shed some light on the reality of the situation we are dealing with today with voting.

“This will change your life because it shows you that there’s another world possible and you get it by fighting for it,” Palast said. “…voting isn’t enough you have to act,”

He also added that in order to create change, one must make sure to take action, especially after watching the movie.

Palast decided to make this film because he believed it was the only way to present his research and to teach people to vote regardless of what the government wants.

He said that none of the major media outlets would take his findings and make a story.

After having his findings rejected, he saw that the only way to get his ideas out into the world would be to make a movie that anyone interested could access.

The film’s purpose is to educate and to encourage students to fight for what they want in their future.