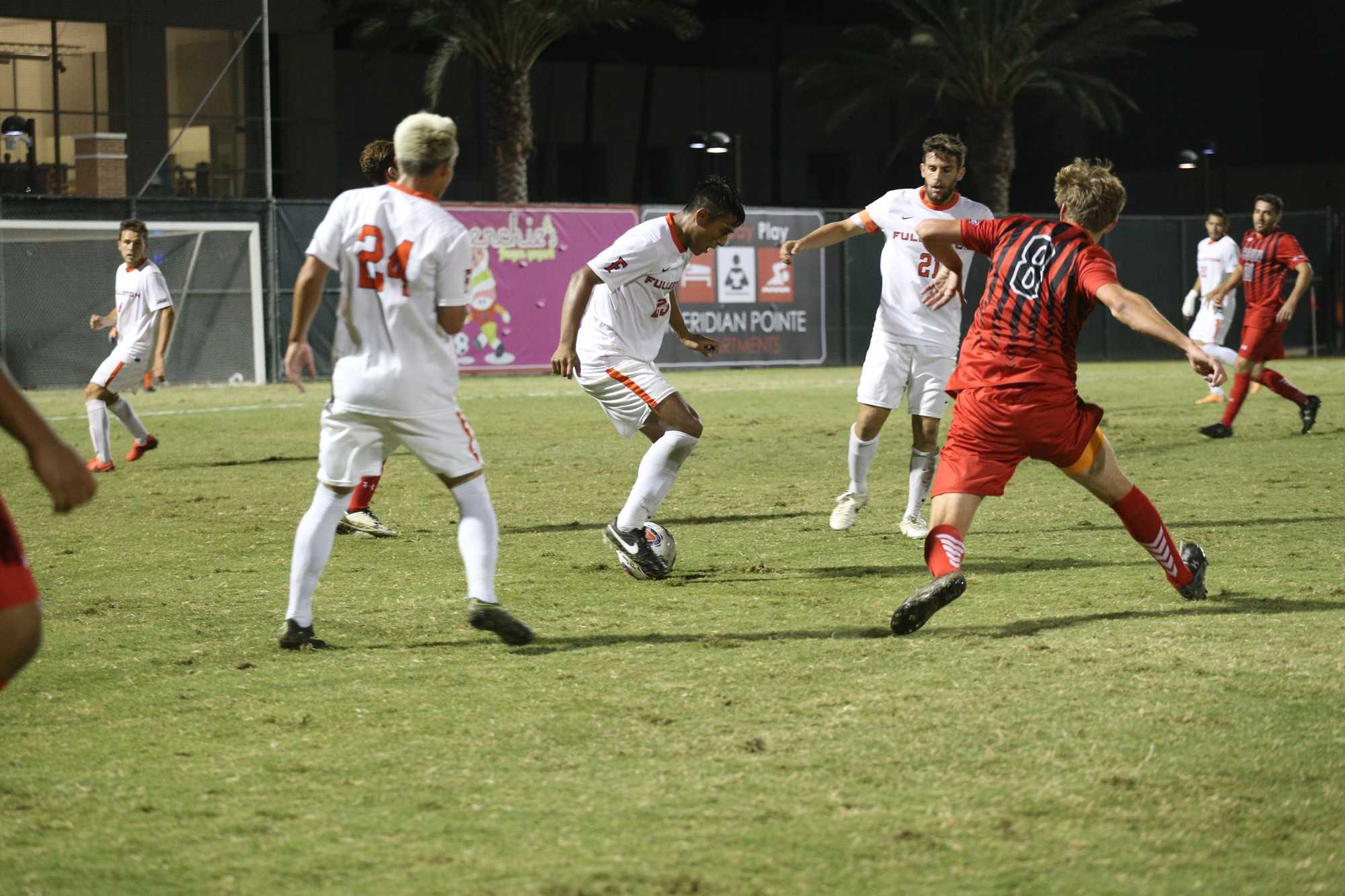 Jules Cailliau goes up against three Cal State Fullerton players in attempts to steal the ball and take it towards their goal on Oct. 12. Photo credit: Max Zeronian

The CSUN men’s soccer team (5-6-3, 2-2-2 Big West) suffered a loss against UC Irvine on Saturday night in a game that had seven yellow cards and a red card.

In the 27th minute, Matthew Tilley from UC Irvine committed a foul against the Matadors that resulted in a yellow card and a penalty. The penalty was converted by senior Juan Samayoa putting the Matadors up 2-1. Before the conclusion of the first half, the Anteaters were already on top of the scoreboard with a 3-2 advantage over the Matadors.

In the second half the Matadors were able to score in the 60th minute to tie the game, but the Anteaters were not planning on losing a home game and scored again in the 70th minute leaving the score 4-3.

After obtaining two yellow cards, Hutton was sent off with a red card in the 75th minutes leaving the Matadors to conclude the game with 10 players.

Before the game came to an end the Matadors had a few chances to even out the score; two shots from Stuart Close came close to hitting the net, but one was blocked and the other was saved by UC Irvine goalie Elliot Farmer.

The Matadors will travel to UC Riverside on Wednesday, Oct. 19. Kickoff is 7 p.m.