Off the pitch: CSUN to Alaska 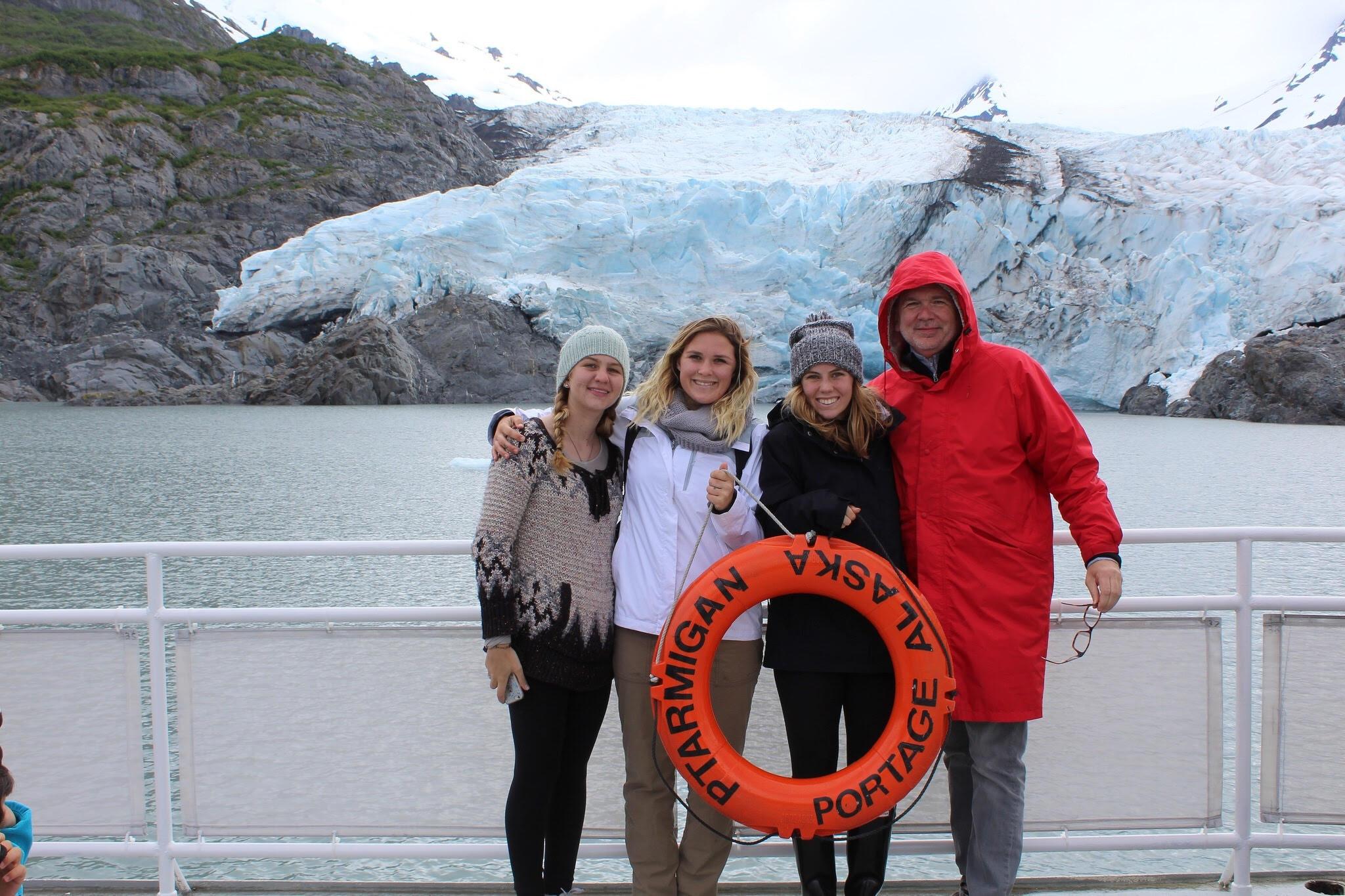 Over the summer I had the privilege of traveling to Alaska, “the Land of the Midnight Sun.” Along with the Head of the Geography Department Ed Jackiewicz, his assistance Tera Trujillo and Olivia Jackiewicz. Together we ventured to the “last great frontier” to conduct research and see if climate change is affecting tourism in Alaska.

Our ten-day trip took us to the far reaches of Borrow, the northern most town in the country, through massive unexplored wild expanses by plane, to stunning scenic parks and preserves, and lastly to small cities such as Talkeetna and Seward. This was the trip of a lifetime, taken to further understand the states different terrain, tourism, and climate change.

Alaska is blessed with beautiful views far different than what Los Angeles has to offer. No greater beauty was experienced than our first stop Anchorage; Alaska’s “big city.” Connecting the forest to the ocean, Anchorage is home to many locals and is a major tourist spot that linked the great outdoors to the many eclectic towns throughout the state. We spent much of our time here and used it as a base city to travel to the smaller outer cities such as Seward, Alaska.

Seward, next to Kenai National Park, accorded us our first “small town” experience. With a total population of around 2,500, Seward would fit nicely within the campus of CSUN with room to spare. Seward also introduced the team to our first glacier sighting. The large river of ice was breathtaking to say the least.

From Seward, the team flew into Barrow. Located off of the Arctic Ocean, Barrow is home to Eskimos, hunters and small town locals. Barrow is an outpost of rural Alaska rich in frontier life, with the trimmings of skinned animal hides resting on the roofs of each living quarter. Whale hunters and fur collectors living in 24 hours of daylight made the city with no streets a real eye opener on how crazy it is to live in such harsh conditions.

Because of its breathtaking landscape, it comes to no surprise that tourism in Alaska is one of the top economic incomes in the state. Having tourists come every season provides Alaska with the necessary funds to function as a state.

Throughout the Alaskan excursion, tour busses were seen traveling along the highway allowing many people to catch a glimpse of Alaska’s untouched nature and wildlife. In every city, tourists flooded out of vans or buses especially in the national parks.

It was apparent by the first day how crucial tourism was for the state’s economy. Many travel to Alaska because it has a lot to offer: quality food, gorgeous views and unique wildlife. Although the locals don’t care much for the constant invasion of tourists through their hometowns, they understand their dependency upon tourism in order for the state to function.

Driving down one of Alaska’s three highways, we not only took in more of Alaska’s natural resources and its alluring effects on tourism but the relationship of tourism and climate change to this great state. It was a visit to University of Alaska, Fairbanks that we were granted permission to talk to professors and students on their views of climate change and the importance of tourism to this great state. Although each had their own view on the matter, they all agreed that nature was a top reason to visit the state. Any external effect that decreases Alaska’s resources would greatly diminish the state’s economy. Thus, climate change and tourism were related and each dependent upon one another.

Being able to experience all of these areas first hand gave me a realization on how fragile the economy is in relationship to climate and tourism, let alone the entire state’s habitability. One top tourist attractions being affected by the climate change is the decreasing glaciers. When locals are asked on their views regarding the glaciers and how they are affected by climate change, we received an array of answers. Some claimed an increase in temperatures are making the ice melt at a rapid pace; it was stated, many of the glaciers seen today will be gone soon in the future.

Most agreed that tourism and the climate were closely linked and both affected Alaska greatly.

“The last frontier” offers everything from snowy peaks, glaciers, fresh water streams, and forest as far as the eye can see. Both the native people and locals have some of the most diverse and amazing culture I have experienced anywhere. With sunlight 24/7, summer might be said to be paradise without end. It is this relationship of people, environment, and climate that lends itself to the unique and beautiful state. How or if manmade climate change is really deforming or reforming this state is debatable. However, what is not debatable is the state’s need of tourism. It is the lifeblood of the state’s economy. Love it or hate it, Alaskan’s can’t take the chance if someone is right or wrong. The relationship between the two is too important to leave for chance the answer is unforgiving.