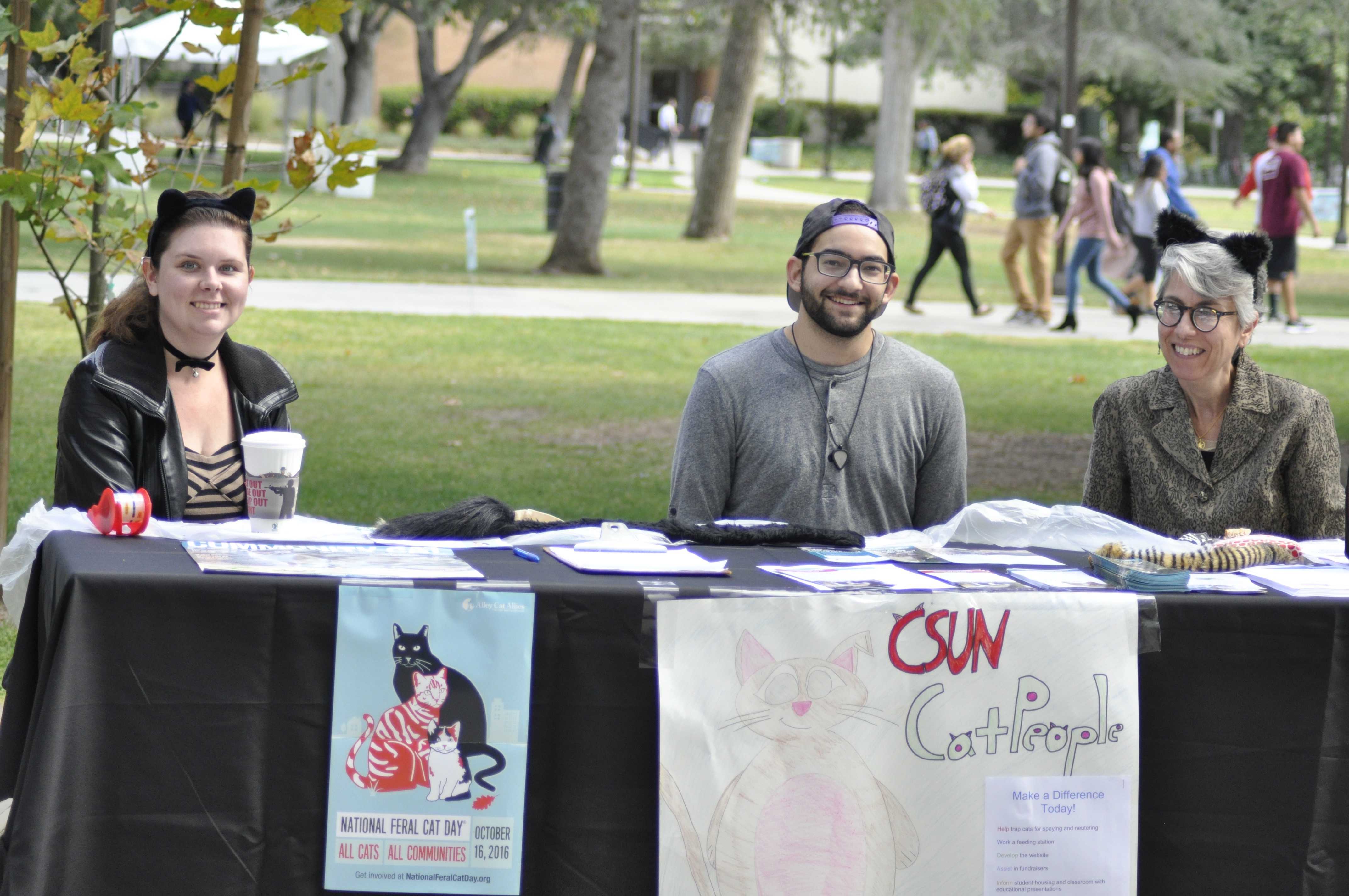 Led by anthropology professor, Sabina Magliocco, the organization hosted this event to raise overall awareness of the feral cats that are located on the CSUN campus.

“By spaying and neutering cats that are feral, that are not domesticated, that have moved away from human beings and are attracted to institutions because of the ready availability of trash, we help to support a more humane environment that will eventually lead to a no-kill LA,” Magliocco said.

The primary purpose of the event is to educate students on campus about the necessity of spaying and neutering their pets and the act of TNR, which stands for trap, neuter, and return.

“We just want to make sure that they have good quality of life and that the cat population doesn’t get out of control over here,” said Emily Siffrin, ecology and evolutionary biology major.

Siffrin has aspirations of becoming a veterinarian and genuinely cares about keeping the cat population down in order to limit the number of euthanized animals.

By promoting the concept of spaying and neutering pets, countless animal lives will be saved on a daily basis.

While Magliocco founded the group, a great deal of the work is done by CSUN students who care about animals and their wellbeing.

“Right now, I feed the cats on campus, I have one location behind the bookstore and its our way of maintaining the population.” Eskan said.

It is important to educate the public about spaying and neutering, especially when it comes to feral cats. Feral cats are the largest group euthanized because they are almost impossible to adopt.

Magliocco created the group in 2001 when she realized that the only way the problem could be controlled is by capturing and neutering as many cats as possible.

“Well the biggest influx of cats was actually in 1994 after the earthquake,” Magliocco said. “When I came in 1997, there were about 80 cats on this campus and they were not spayed and neutered and it was a big problem.”

Today, there are closer to 25 feral cats located on the CSUN campus due to Magliocco’s and the CSUN Cat People’s efforts.

While National Feral Cat Day technically took place on Sunday, the CSUN Cat People did not want to miss out on the opportunity to raise awareness for this worthy cause by promoting it in an area that is directly affected by it.