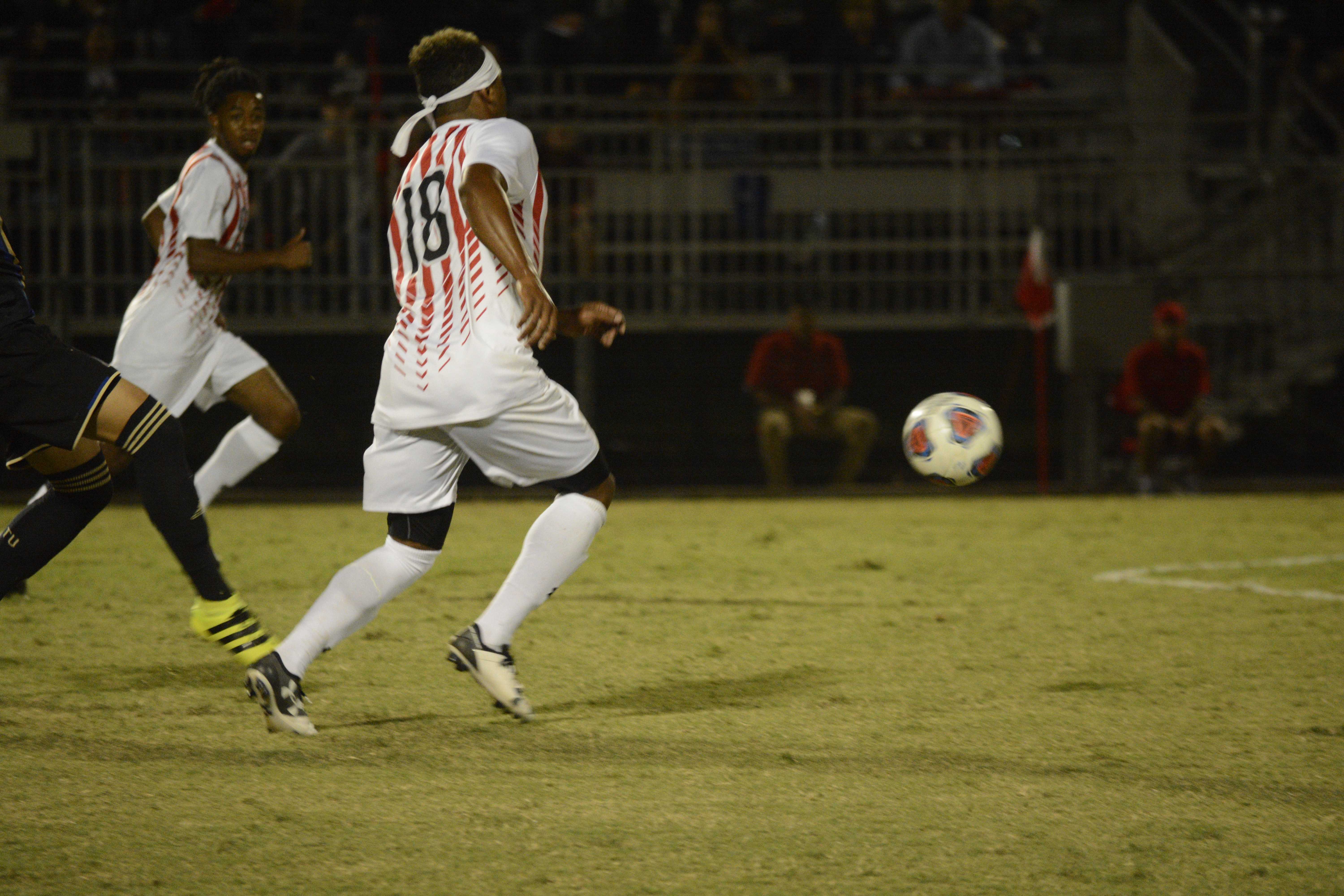 The CSUN men’s soccer team visited UC Riverside Wednesday night to face the Anteaters in a match that put the Matadors on top.

The match began with a foul committed on the Matadors in the first few minutes. Through the first half, there were 13 fouls combined by both teams.

Before the first half came to an end, senior defender Gabe Robinson came close to breaking the 0-0 score with a header, but Anteaters goalkeeper Vincent Morales saved the shot.

Through the game, the Matadors had ten shots and five of those were on target, while the Anteaters had eight shots and only three were on goal.

The score board finally opened in the 76th minute when CSUN junior Jeremy Degraffenreidt scored the first and only goal of the match with an assist from defender Stuart Close.

Fouls were committed until a yellow card was given to someone on the UC Riverside bench.

The Matadors return home after two away games on Saturday to face UC Irvine at Matador Soccer field. Kickoff begins at 7 p.m.