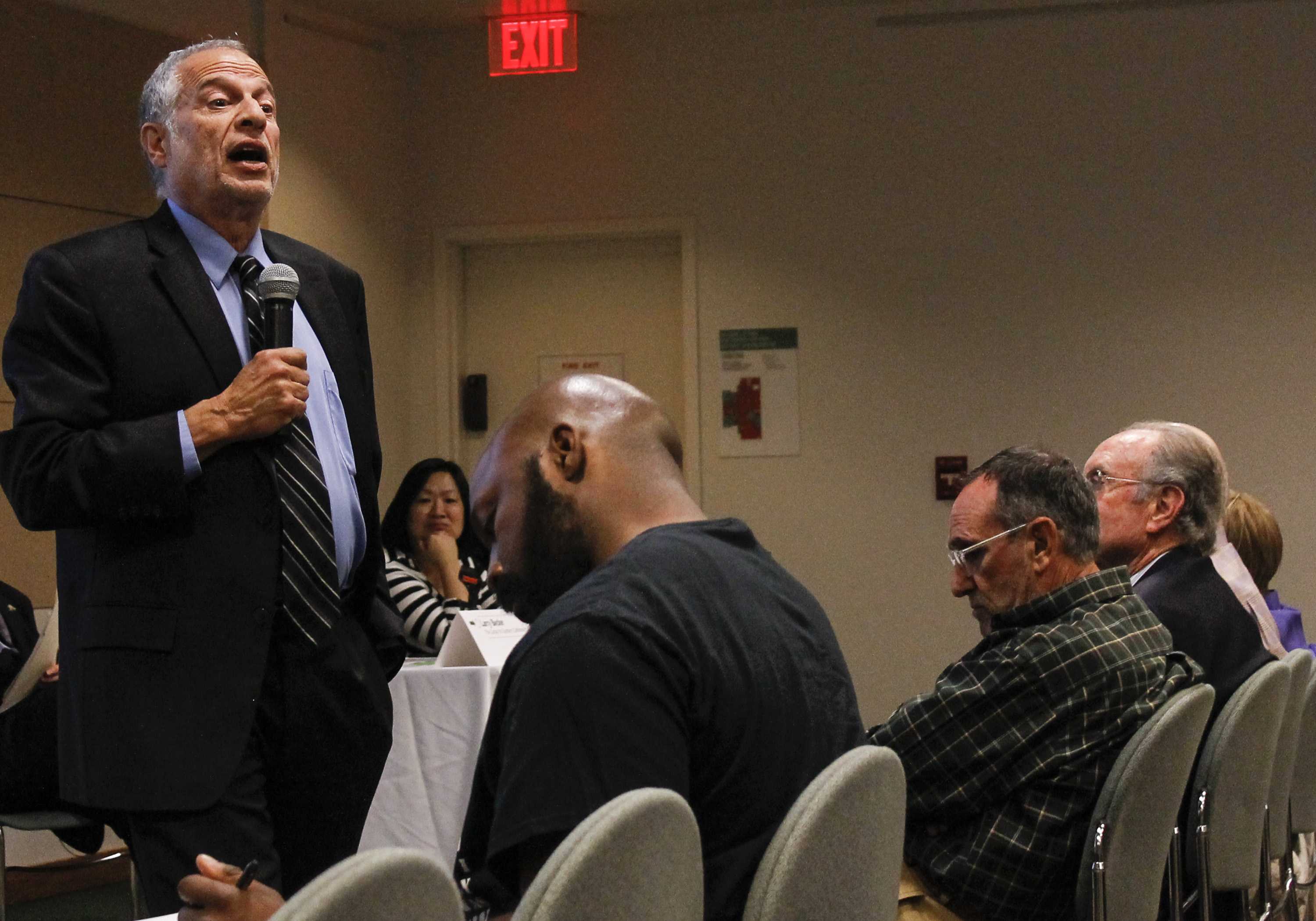 Daniel Valencia/The Sundial Raphe Sonenshein, executive director of the Pat Brown Institute for Public Affairs at CSU Los Angeles, discusses his views of the elections at the Ferman Presentation room on Tuesday, October 18, 2016. CSUN held a panel of three distinguished panelist to discuss the 2016 elections at the Oviatt Library.

Three distinguished panelists discussed how this year’s election has challenged United States voters and have brought on concern to other countries.

On Tuesday night at the Ferman Presentation room, the discussion revolved around who attendees were voting for, as well as bringing up the concerns of what has happened during this election process.

Junn presented the 2016 FiveThirtyEight poll forecast, which revealed that if only women voted, Hillary Clinton will get 458 electoral votes versus Trump’s 80.

She also discussed using the FiveThirtyEight poll, which also revealed that if men were the only voters in this year’s election, men will choose Trump over Clinton.

Junn elaborated on the importance of race in this election.

Her presentation stated that caucasians are more likely to vote republican and every other race will vote democrat. Junn went on to discuss that the majority of the republican party is caucasian.

Sonenshein answered the question on how Trump has such a strong following.

He discussed that when people fact check one of Trump’s remarks, he will just continue to throw out fact after fact, making it harder to fact check each statement.

Jose-Luis Valdés, professor of political science at UNAM, came down from Mexico to discuss Trump’s negative views of Mexican’s. Valdes went on to discuss that Trump will bring on a new era of cultural wars.

“Get a seat belt and hold on to the ride for a few weeks,” Sonenshein said.