Toho brings back Godzilla, and he’s more sinister than ever 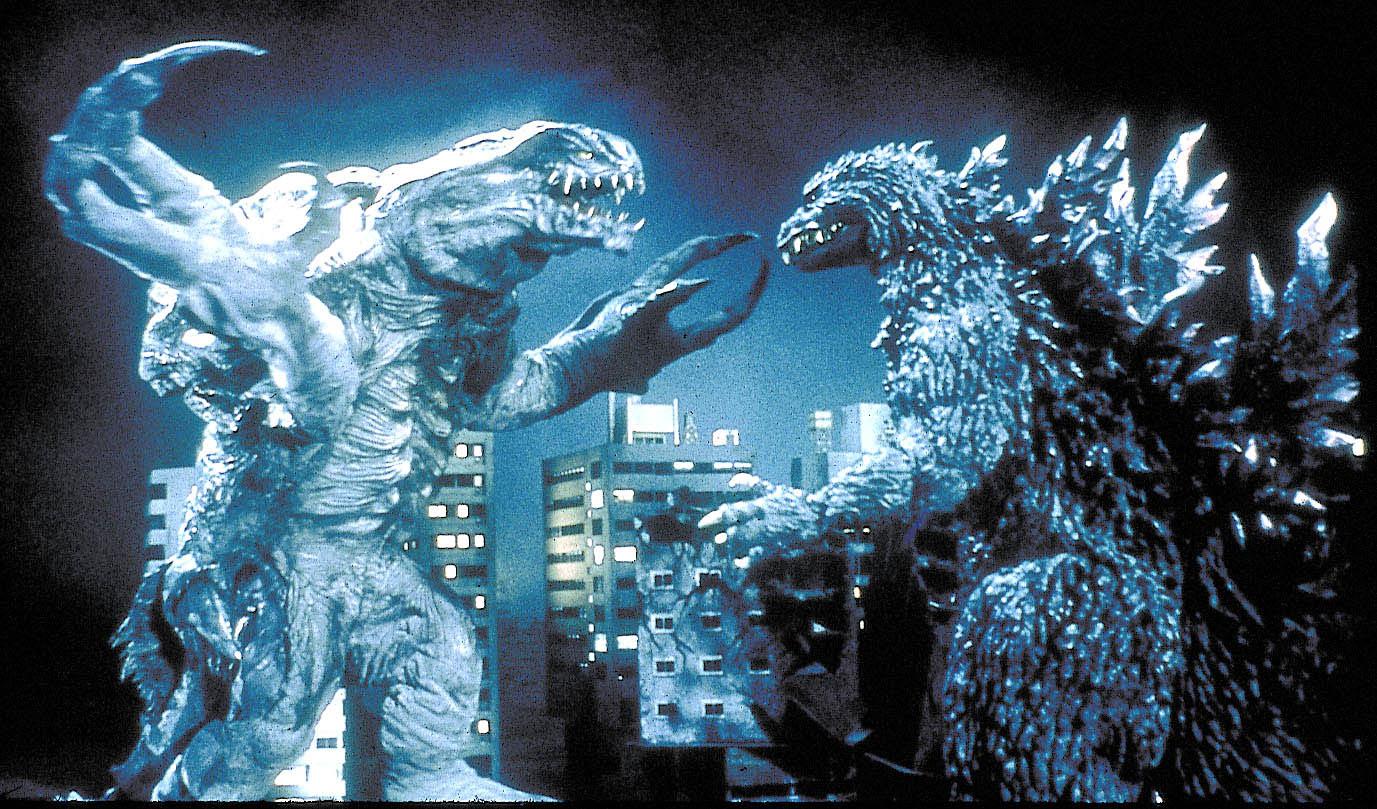 Appearing like a walking scab with splinters for teeth, “Godzilla” returns to American theaters in a new installment by the Japanese film production studio Toho.

“Shin Godzilla,” known in English as “Godzilla: Resurgence,” retells the story of how the King of Monsters makes landfall in Japan. Similar to how movie governments react in a post-9/11 world, “Shin Godzilla” sets Japan post-Fukushima disaster.

The film starts with the Japanese government reacting to the emergence of a amphibious, tan-colored lizard with googly eyes. It ravages Tokyo, and the prime minister and his cabinet are unsure what to do. After a brief disappearance, the beast reemerges from Tokyo Bay resembling the monster movie-goers know and love.

From there, the film continues as past “Godzilla” films have. The destruction to Tokyo is great, though there is much more intrigue placed on the sense of urgency from Japanese government officials. Much of this is told from the perspective of Rando Yaguchi, the Deputy Chief Cabinet Secretary, whose youth and ambition results in accuracy and determination to stop Godzilla’s rampage.

“The Japanese have been able to reinvent their own wheel,” said filmgoer Jeff Farley, a creature and make-up effects artist. “They added something culturally that we can’t grasp. It exemplifies Japan itself.”

Farley stressed on how the kaiju genre “is purely a Japanese concoction,” as the kaiju monsters have been heavily featured in the “Godzilla” series and in the 2013 film “Pacific Rim.” He also enjoyed the realistic nature to the geopolitical activity in comparison to how it was used in previous “Godzilla” films.

Unlike the 2014 American film by director Gareth Edwards, which focused more on family and human dynamics against nature, this film focuses on how a government would naturally react to a disaster of this scale.

The distress against using nuclear weaponry is apparent throughout the film and it is stressed by all the characters, given Japan’s history and the use of nuclear weapons in World War II.

The monster himself is not seen for nostalgia or the cuddliness of earlier incarnations. Instead, he resembles the nightmare that Godzilla could be. With energy coursing through his body, the nuclear aspect to Godzilla is played with heavily in the story.

This is apparent in the use of his classic atomic breath. Not only does Godzilla’s face literally transform when he unleashes it, the radiation causes fallout across Tokyo, making the cabinet and other government officials worried about how long it will permeate in the city. This helps deliver more of a real world perspective among the characters.

While it is a dark film, it offers well-timed humor with the prime minister of Japan and the reactions of his cabinet ministers. It never deters from the dark tone, however, as it adds to the flow of the movie and its sense of urgency.

The sinister nature of Godzilla, however, is not displayed as assumed by the initial trailer. The horror is reserved for the scenes of destruction and death caused by the monster, accompanied by his horrifying appearance. While minimal, it does appear even until the very last scene of the film.

Since its July 25 premiere in Japan, “Shin Godzilla” has become a box office success. It holds a rating of 78 percent on Rotten Tomatoes, four points above its American predecessor.

The likelihood of a sequel seems high between the box office numbers and the revitalized popularity of the series. If audiences were disappointed with 2014’s “Godzilla,” this is another excellent reboot that brings a new outlook on the beloved King of Monsters.