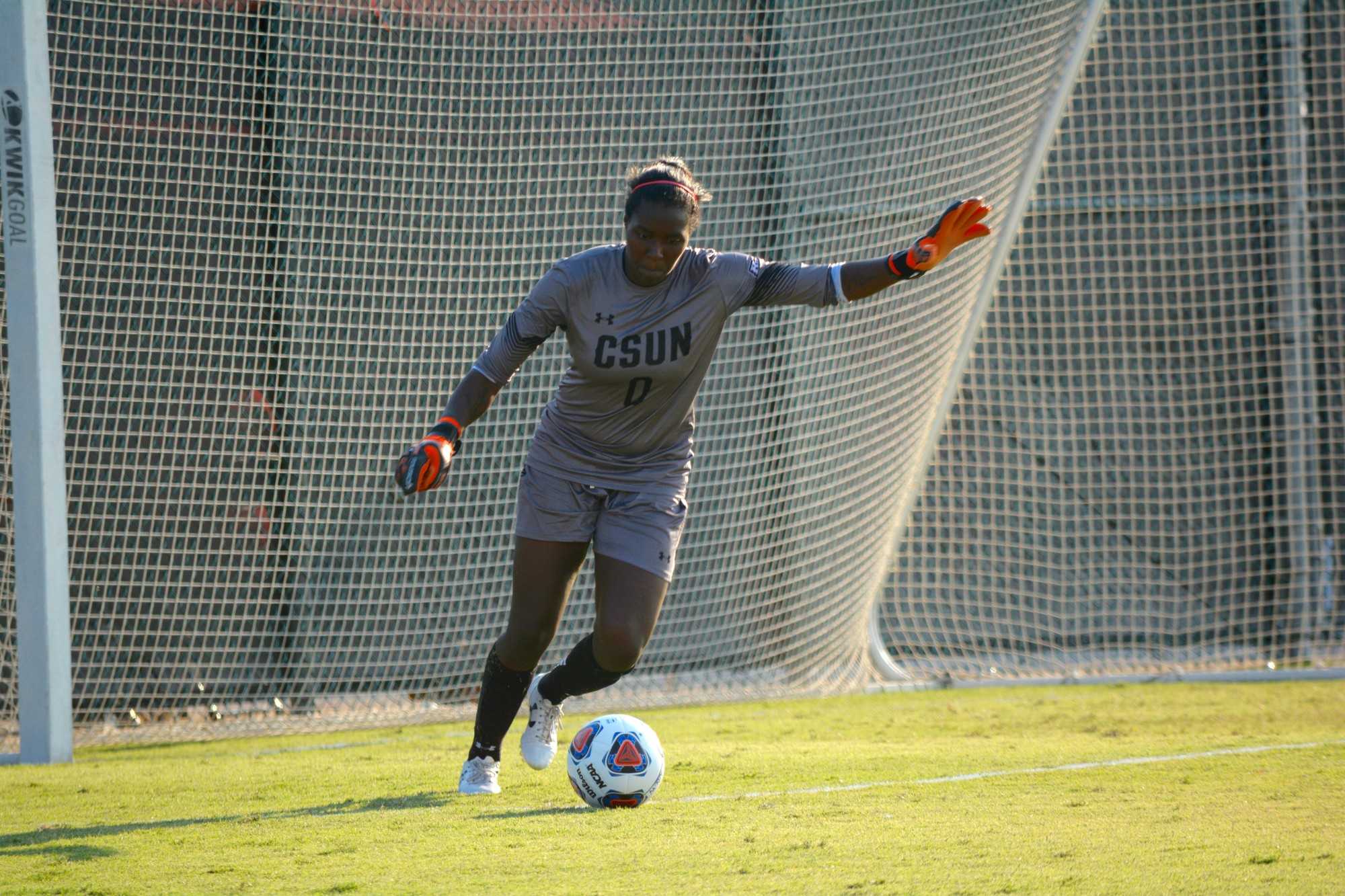 The CSUN women’s soccer team lost 1-0 against the Oklahoma Sooners in a non-conference match at Northridge on Sunday.

A goal in the 89th minute for the Sooners would prove to be the difference as CSUN fell to 9-4-5 overall.

The match began with Oklahoma contesting many loose balls and pressuring the Matadors down the midfield.

In the 10th minute, forward Cynthia Sanchez found herself one on one against the goalkeeper down the left flank, but an Oklahoma player slid perfectly to stop the play.

Sanchez’s attack was CSUN’s only major threat going forward in the first half.

Throughout the first half, Oklahoma made it difficult for the Matadors to settle in the midfield.

The Sooners took seven shots while CSUN did not register any shots in the first half.

As the second half began, Oklahoma continued to hammer on more pressure and limited CSUN’s opportunities down the middle of the field.

Midfielder Taylor Hobson, who played all ninety minutes, provided energy and coverage–maintaining possession, making interceptions, and spraying balls wide to help the Matadors in attack, but it would not be enough.

As the gameclock dwindled, Oklahoma made the most of their chances when Sooner Liz Keester cut open CSUN’s defense with a through ball for Kyle Escobedo to score one on one against Jovani McCaskill in the 89th minute.

The Matadors will conclude their season by hosting two important Big West matches this upcoming week against Cal State Fullerton on Friday, Oct. 28 at 7 p.m. and Hawaii on Sunday, Oct. 30 at 2 p.m.