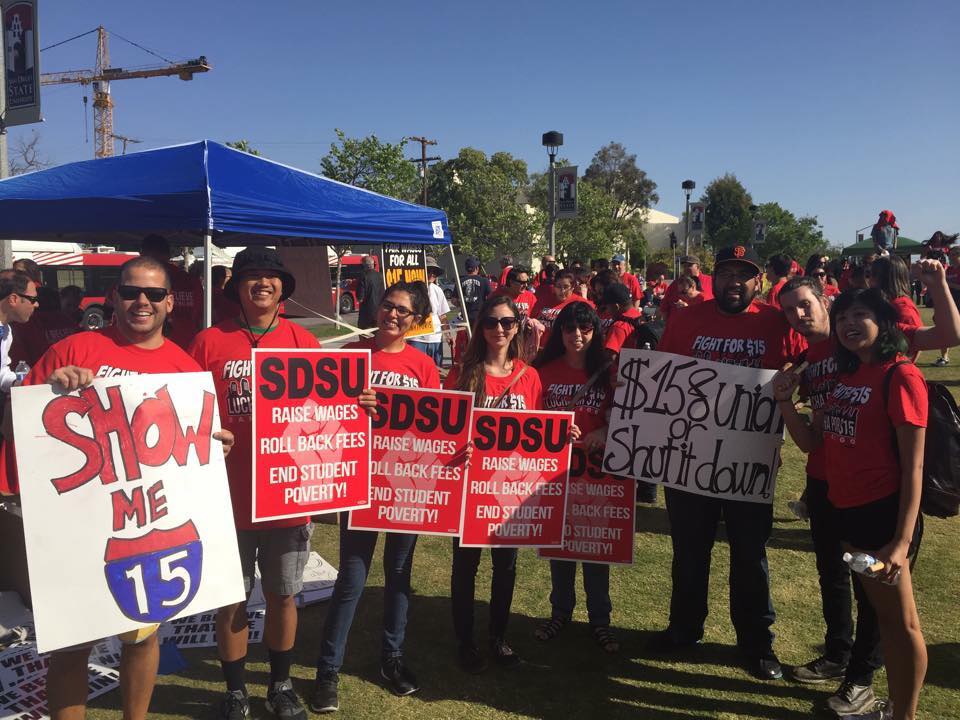 The UAW Local 4123 was able to secure three percent pay raises for all teacher’s assistants and graduate assistants as well as 50 cent pay increases for tutors who make the $12 an hour.

“Essentially what we’re trying to do is to make the workplace safer and more equal for [our union members],” said Sandip Roy, UAW Local 4123 president.

Roy expressed that aside from salary raises and tuition waivers, UAW is pushing for CSU systems to establish more gender-neutral bathrooms on campuses. CSUN currently has a few gender-neutral in select locations, but according to UAW member Jen McClellan, they aren’t visible enough on campus.

The agreement also secured accurate compensation for union members who work longer than their allotted office hours or hours taught, according to UAW’s website.

“Workload protection is definitely a big issue. We are making sure that T.A.s are getting paid for every single hour they work. Some of them have to grade papers for hours and aren’t compensated properly,” Roy said.

One UAW member Bo Elder from UC San Diego wrote a letter to the union expressing that he did not want the collective bargaining agreement to be ratified. Elder was concerned that the terms agreed upon did not favor the union members strongly enough.

“I understand what he is saying, but it is important that we take this first step so that next time we come to the table we can fight towards getting all of our demands met,” Roy said.

If ratified, the new contract will be in effect until 2018.