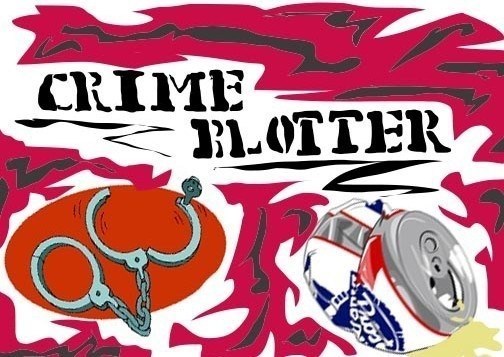 · Two residents of UPA 16 were referred for alcohol and drug-law violations that occurred on October 15.

· An unknown suspect collided with a vehicle in the B5 parking lot and failed to report the incident.

· A black marker was used to vandalize an elevator inside Sierra Hall.

· A victim reported being struck by a known suspect on Sept. 27.

· Three residents of UPA 2 were referred for disciplinary action for a drug-law violation.

· An unknown suspect vandalized two walls in a Sierra Hall men’s restroom with a black marker.

· The driver’s side door of a vehicle was dented in the G3 parking structure by an unknown suspect.

· A secured scooter was stolen from a rack on the north side of the Bookstore Complex.

· A window to a study room was broken in UPA 3 by an unknown suspect.

· A bicycle was stolen from a bike rack near the Bookstore Complex. The bicycle was not secured.

· One resident of UPA 10 was referred for a drug-law violation.