Photographs of 19th Century China on Display at New Exhibit 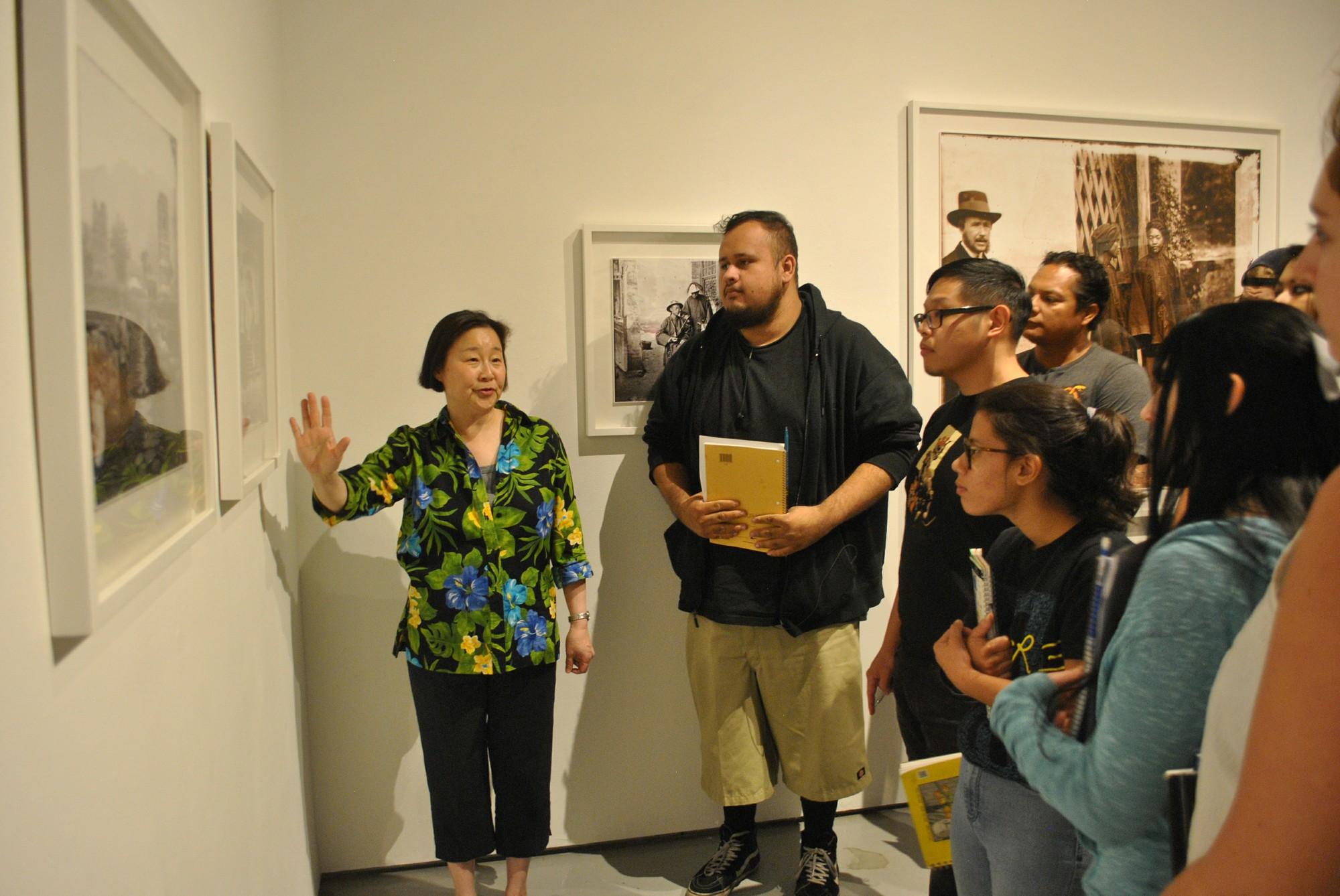 Betty Yao, exhibit curator, is explaining the concept behind a photograph to eager students from an art history class visiting the gallery exhibit the day before its opening on Sat., Oct. 22. Photo credit: Vanessa Saenz

“China: Through the Lens of John Thomson” is the latest gallery installation on display at the CSUN Art Galleries showcasing photographs developed from dozens of glass negatives over Thomson’s eight-year long trip to China.

Thomson (1837 – 1921) was a Scottish photographer who is regarded as one of the most important travel photographers because of his visual style.

Betty Yao, the exhibit curator, said on Friday that the show has been on a world-wide tour for the past six years and CSUN is the 20th stop on the North American tour. The photos have been displayed at galleries in locations from Washington D.C. to Honolulu, and now Southern California.

Yao previously worked with theater professor Dr. Ah-Jeong Kim on a project to bring a Korean performance troupe to London for the Asia House institute. She was excited to reconnect with Dr. Kim in order to bring Thomson’s work to CSUN.

“I like the contrast between the dated time periods and the contemporary vision they [photographs] have,” said Jim Sweeters, art gallery director. “I think students will be really happy with it. And I’ve talked to many different curators and museums who had this exhibit before and they’ve told me that people love this show.”

Between 1868 and 1872, Thomson traveled to different regions of China – from Guangdong to Beijing and the Yangtze River – covering nearly 5,000 miles. Thomson carried a large amount of heavy equipment from place to place, but managed to capture a variety of images and themes, including landscapes, architecture, people, home and street scenes.

“I think he’s really a pioneer for photojournalism, in such early days,” Yao said. “He wasn’t afraid to break molds and try experiments with different poses and different ways of setting the scene.”

“Of course with photojournalism, what you want is to photograph what’s there and to bring it back to the people for them to experience in a true realistic way… Thomson really worked so hard to make it real for the people of his time,” Yao continued.

The “China: Through the Lens of John Thomson” opened to the public Oct. 22, and will remain on display until Dec. 10.

CSUN
art gallery hours are noon to 4 p.m. Monday through Saturday, and noon to 8
p.m. on Thursdays.