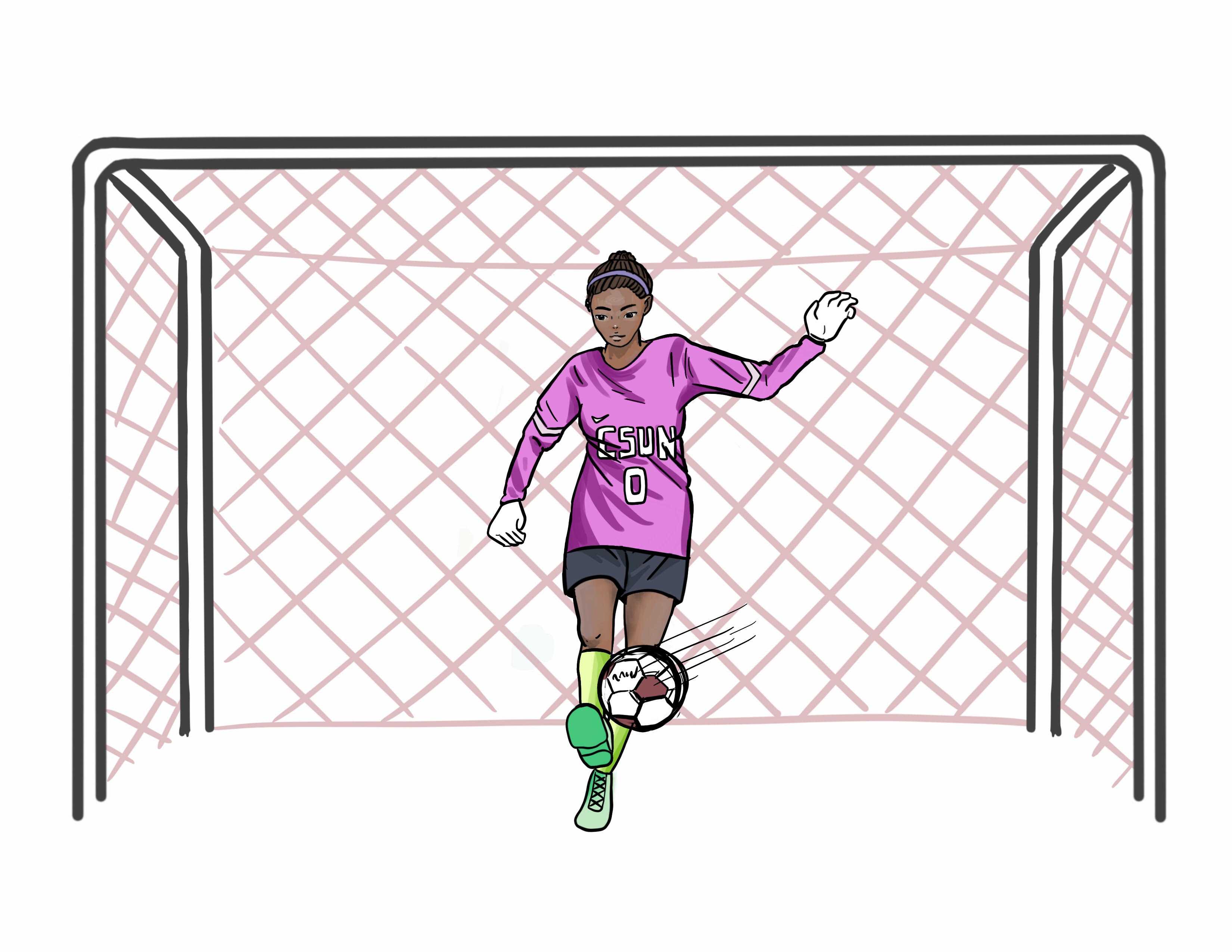 Some people may find comfort in performing pre-game rituals, while others might find that listening to music before a game calms their nerves much better.

For Jovani McCaskill, however, concentration means zoning out.

McCaskill, who recently broke CSUN’s program record for most shutouts, 12, in a single season, explained her own technique to concentrating during matches.

McCaskill, already in her fourth year, arrived to Keith West’s squad in the 2013 season. West guided CSUN to Big West glory in 2012, the season before McCaskill’s arrival and, as expected, the San Diego native had to work her way up as a starting goalkeeper.

“One thing I did learn from her was her focus,” McCaskill said.

“She would track the ball across the field, she would stay in touch with her defense. You didn’t forget her presence on the field.”

At first, however, the two goalkeepers did not have much communication with one another.

“It’s funny cause our first year playing together, I don’t think we ever spoke a single word to each other,” McCaskill said. “It was all business at first, but we had to find a way to laugh through the pain together.”

In 2014, McCaskill had her breakthrough season starting in 12 matches with over 1,100 minutes played while making 55 saves and registering five shutouts. Her performance in the season earned her Honorable Mention for All-Big West Honors.

Unfortunately, however, in the 2015 season, McCaskill played only three matches until suffering an injury that sat her out for the majority of the season.

This season is a different story. With only two matches remaining, McCaskill’s performance this year has been historical.

“I didn’t realize how big shutouts were until I got to college. Once I found out how shutouts work, I told myself ‘I’ll break it’. I really wanted it to happen earlier in my soccer career but everything works out for a reason.”

McCaskill’s incredible numbers this season highlight the growth to her game. She has started in 18 matches with over 1,700 minutes played while allowing only eight goals and registering 12 shutouts. Additionally, McCaskill is first in school history in goals allowed average at 0.62 percent and is third in career shutouts.

When CSUN set the new program record for six-straight shutouts against Loyola-Chicago in September, McCaskill said that was the turning point in the season.

“I got a phone-call from my old coach when we were in our hotel room in Wisconsin,” McCaskill said.

“She [McCaskill’s coach] was All-American, she played professional. And she told me I beat her consecutive minutes of shutout. That wasn’t something I was prepared to hear and I just kind of freaked out.”

In McCaskill’s eyes, she would have never imagined getting to her mentor’s level as a goalkeeper.

“Getting to her level was an unattainable goal that I had and then realizing that I got there and then to push past it…I was like ‘I think we might be onto something this year’.”