The journey to the field 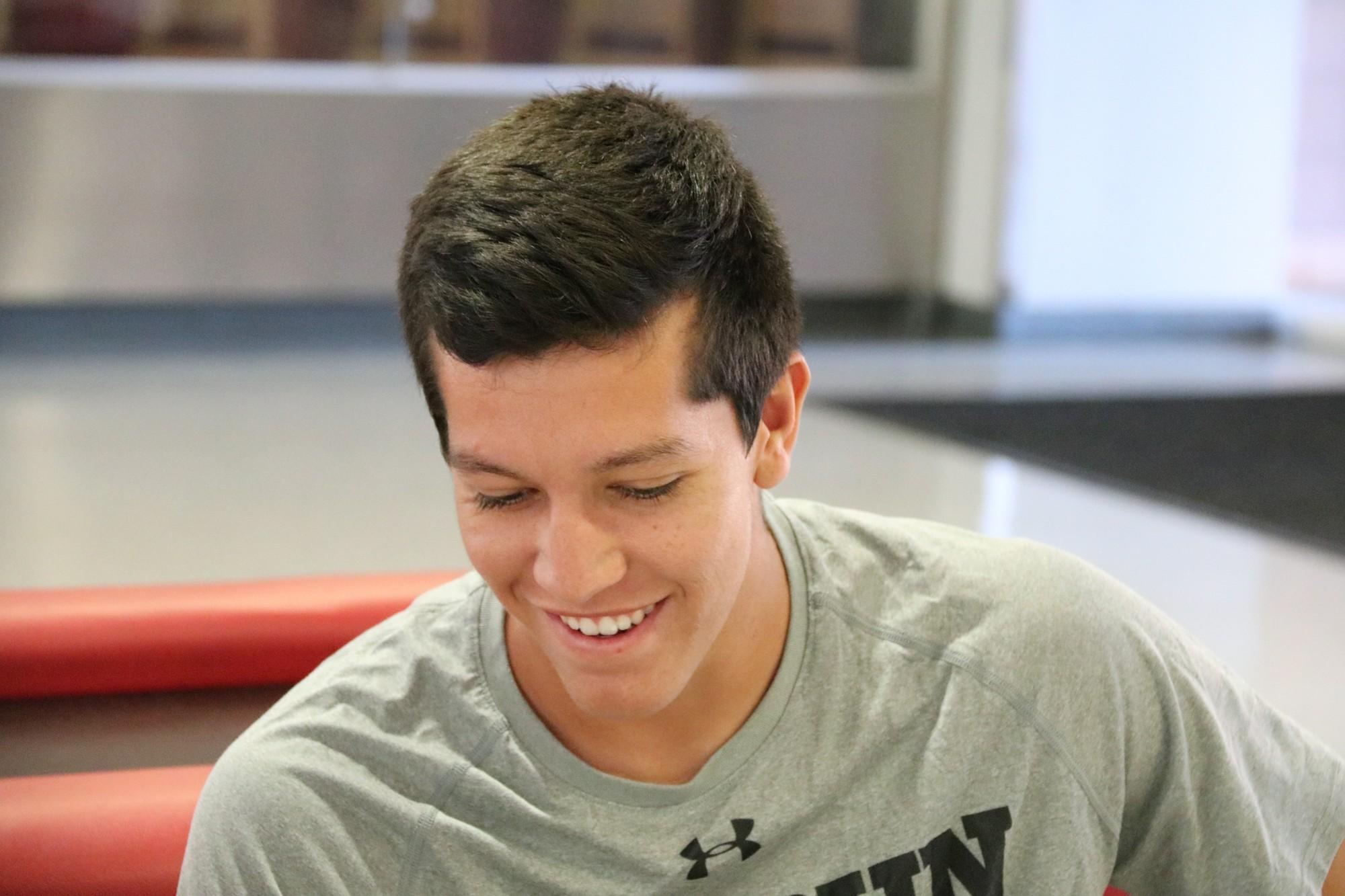 No matter where you watch the CSUN men’s soccer team play, you will see keeper Kevin Marquez under the posts.

Marquez has been instrumental in many of the team’s wins. He has played like a veteran who has been in these difficult and hostile situations before, except this season is his first as a starter.

“When you play division one, there are a bunch of good players out there who come to the school to get recognized nationwide,” Marquez said. “Sometimes you got to wait your time and eventually get in there and work hard.”

Before this season, Marquez did not have many appearances in his college career. He started only 10 games and he found it difficult and frustrating in the beginning.

“Eventually all the hard work is going to pay off and after that I put my head down and started working until I got here,” Marquez said.

During that time, Marquez received plenty of advice from others on whether to stay at Northridge and fight for the starting job or transfer elsewhere where he could get playing time.

Marquez remembered the advice from assistant coach Zack Feldman to keep on working.

“Eventually, the head coach will notice and eventually he did,” Marquez said.

His roommates also helped in him stay at CSUN, telling him that eventually he would get his shot.

“Those are the only people I could actually thank for me staying here,” Marquez said.

Just as he received advice to stay at CSUN, Marquez remembers the advice given by those telling him to leave. He recalls that there were plenty of people who told him to leave, saying he would never play here.

“I choose here for a reason,” he said. “And I wasn’t gonna leave just because I wasn’t playing.”

His high school coaches told him to leave and go elsewhere to play. Although he knew there were a few schools he could transfer to and would have had more opportunity to play, he knew he chose this school for a reason and leaving was not what he wanted to do.

As his senior year came, so did his last year of soccer season. That is when Marquez earned his spot as the starting goalkeeper. Although many would feel nervous and anxious, Marquez stayed calm.

He said his time on the bench taught him how to be patient.

“When things aren’t going your way, just get through it,” Marquez said.

As the starting goalie, Marquez says he has two goals he would like to have accomplished by time his senior year season is over. First is to win the Big West and second is to become the Goalkeeper of the Year.

“I think I’m fifth in the nation for saves percentage and saves,” Marquez said.

Marquez shares some advice for any player who may currently be going through the same journey he had to.

“Put your head down and keep working. Eventually someone is going to notice you,” Marquez said.

Marquez has shown that the time on the bench is paying off based upon his time on the field this season so far. With him between the post, the Matadors can press forward and attack opponents knowing they have one of the best keepers in the Big West.