CSUN hockey off to great start 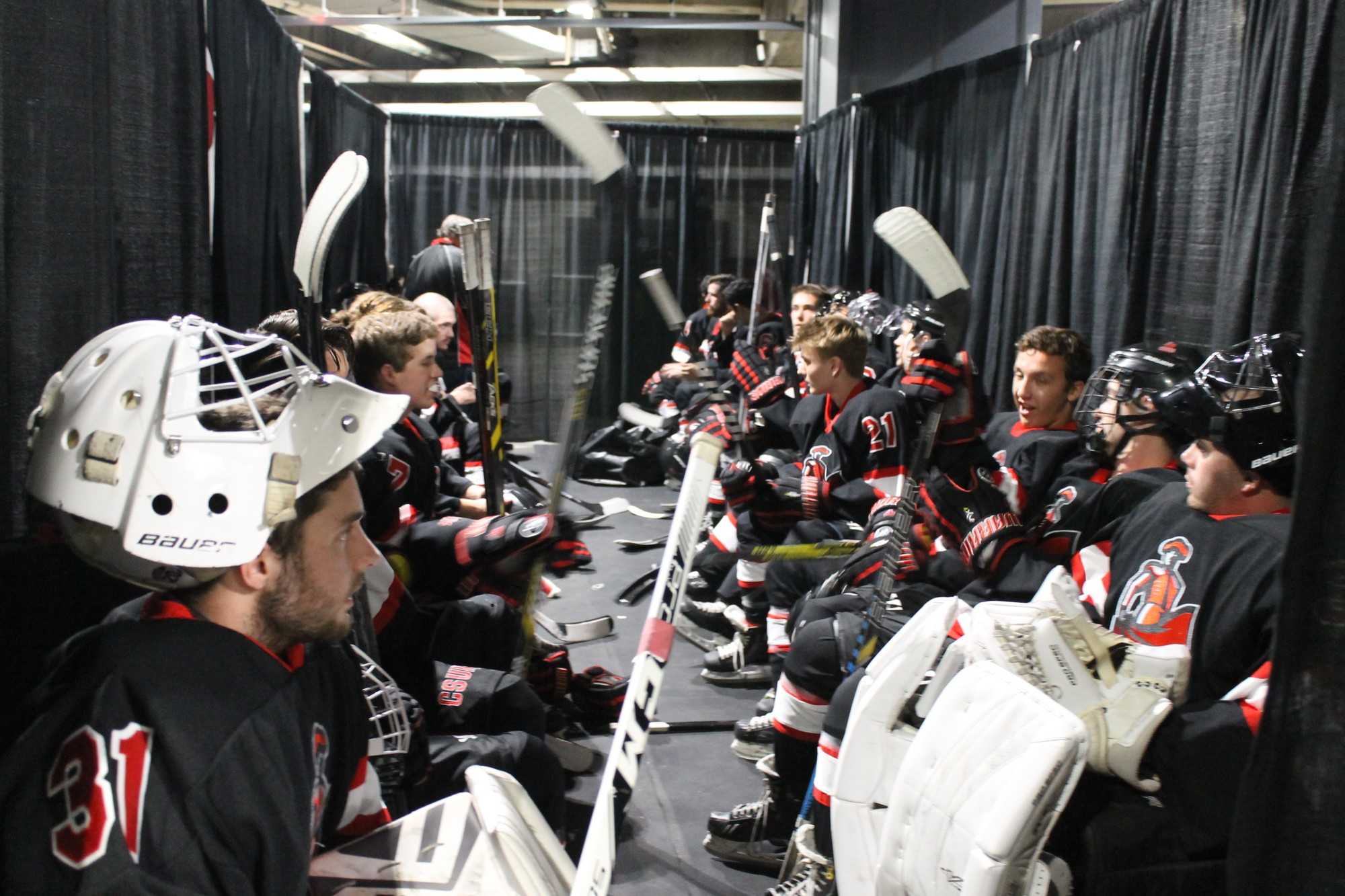 (31) Vincent Sepe focuses at the goal at hand while the rest of the Matadors get their game faces on as they get ready to battle Chapman University in the first round of the LA Kings College Cup Saturday night at Staples Center in Los Angeles. Photo credit: Solomon Ladvienka

CSUN’s hockey team is off to an unbelievable start winning their first nine out of a possible ten games, with one tie.

Van Noty also calls games for the Matador Sports Network and is the head of Media Relations for the program.

CSUN would compete in the PCHA until 2012. CSUN would also compete at Division III level in 2004, until jumping up to Division II in 2012 in the ACHA.

“We face a lot of adversity with being in a town that is well known for their hockey with USC, UCLA, and bigger name schools,” said forward Ellis Bourgoujian. “We are trying to do what we can to get CSUN on the California map for hockey as well.”

The Los Angeles Kings created a tournament among several Southern California colleges which is known as the LA Kings College Cup. Last season was the inaugural season, and the Matadors went into the tournament and took home the gold.

In the opening round of the cup this past weekend, CSUN routed Chapman University, 9-2. They will advance to the second round in pursuit of their second straight cup title.

The Matadors call Simi Valley’s Iceoplex Center home this season. The home games are normally on the weekends and times vary.

“We try to get students and fans into the stands as best as we can,” said Head Coach JP Gale. “Our program is growing slowly, but surely. Each game, we would like to have around 200 fans in the crowd, but due to late start times and being out in Simi Valley, we understand that it may be difficult to get out there and at the late hour.”

Gale is in his 7th season at the helm for the Matadors and played for CSUN from 2005-2010. He coaches alongside his father, Steve.

Last season the Matadors had a great year but lost games late which eventually cost them a higher ranking for playoff contention.

“They had a great season last year, and certainly had promise, but a few games at the end of the season where each win was crucial, they couldn’t get it done,” said Van Noty.

The team is captained by senior Alex Reints. Reints is off to a good start to the season as he is one of the top scorers for CSUN.

“As captain here, I understand that it is my job to get the team motivated and anyway I can make an impact on the game,” said Reints.

Before CSUN, Reints played for the Channel Islands Riptide and the California Titans. Both of those clubs are local youth hockey travel teams.

Including Reints, 25 of the 28 Matadors are from the Southern California area. Many of them went to high school in the San Fernando Valley and wanted to play for CSUN. Together, they are trying to put CSUN on the California hockey map.