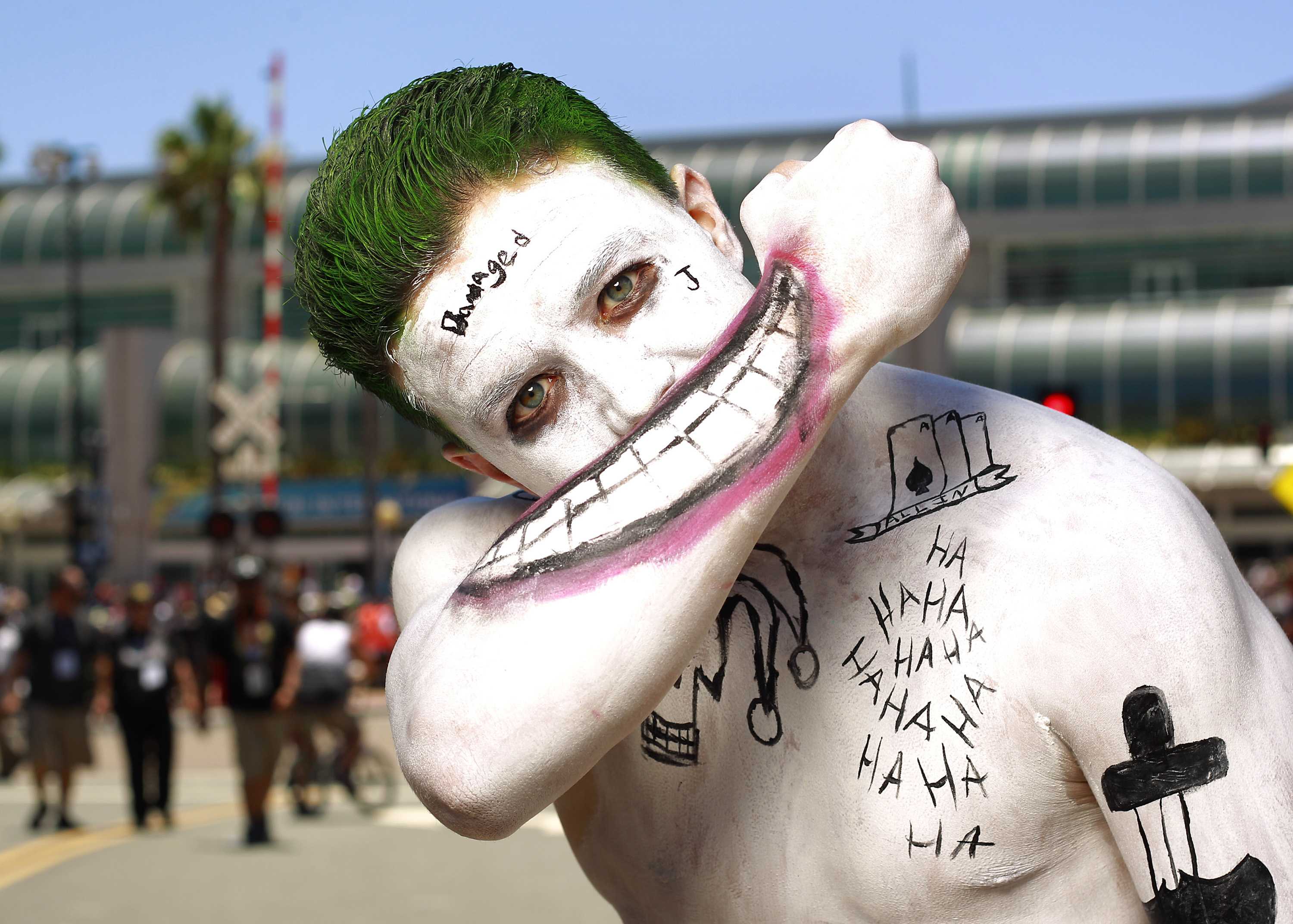 John Lancaster is dressed as the Joker at Comic-Con on July 21, 2016 in San Diego, Calif. (K.C. Alfred/San Diego Union-Tribune/TNS)

North Hollywood is the scene of the fourth annual Lit Crawl L.A. this year, which will take place in more than 36 venues and bars in Noho’s Art District. More than 40 authors will be at “Literary Mayhem,” some of which are Matthew Spektor, Tod Goldberg, and Stephen Elliot. An after party will be held at the Federal Bar.

Take sex, violence, burlesque, wrestling, throw them together, and you get Lucha VaVOOM Halloween Madness. The event, which has been going on since 2002 will feature appearances by RuPaul’s Drag Race winner, Violet Chachki, El Presidente, and Siobhan Fahey of Bananarama and Shakespeare’s Sisters.

Pop artist Roy Lichtenstein will have his work on display at the Skirball Cultural Center until March 12. While there, his collection will consist of some of his famous pieces, like “Ten Dollar Bill” (1956), Sunrise (1965), and Shipboard Girl (1965). The collection spans four decades of the artist’s work and more than 70 of his pieces will be showcased. His prints and comic book work will also be on display.

$12 general admission, $9 seniors and students, $7 children, 2 and under are free

This three day event starts off on Friday and runs all day until Sunday. Trick-or-treating will be available for children the last day of the convention. Attendees will be able to meet the voices of Pinky and the Brain, or learn how to sword fight from Highlander’s Adrian Paul. Friday will give fans the chance to get autographs and stock up on comics, but Comic Con doesn’t fully kick off until Saturday.

Dressed as a Southern Bell with red locks, Rob Schrab hosts a horror movie show where they will screen two films, “Mosquito” and “Moontrap.”. “Mosquito” is about giant insects and alien blood, and “Moontrap” is about aliens and robots, being sure to get you in the Halloween mood, if you aren’t already.

This festival takes place over two days and consists of a variety of events like music, poetry, and other performances. Some of the performers at the event include Project Rage Queen, Jasmine Nyende, and Kim Ye. The festival will also offer people self-empowerment and beautification services like bodywork, readings from tarot cards, makeup and nails.

“Dark Shadows,” a Gothic saga which appeared on ABC in the 1960s, will have fans feeling nostalgic with The Dark Shadows Festival. The show is centered around a fishing village in Collinsport, Maine, which was home to vampires, ghosts, and werewolves. Actors and original crew members like Lara Parker, John Karlen, Kathryn Lee Scott, and Roger Davis will be at the event. The festival will also have a costume party, autographs, photo opportunities, and the launch of Parker’s new, “Dark Shadows: Heiress of Collinwood.”

Just in time for Halloween, Alice Cooper will be performing at the Pantages Theatre in Hollywood. After forming the Hollywood Vampires with fellow musician Joe Perry and Johny Depp, Cooper’s career is starting to take a turn for the good.

This two-day event put on by Entertainment Weekly will be the scene of TV, film, comedy, and literary performances. There will advanced screenings of Stephen King’s “The Dark Tower” and “Fantastic Beasts,” along with live readings from the cast of “Bob’s Burgers” and “Happy Endings.” There will also be appearances from celebrities like Nick Jonas and Tove Lo, showing that Los Angeles is the entertainment capitol of the World.