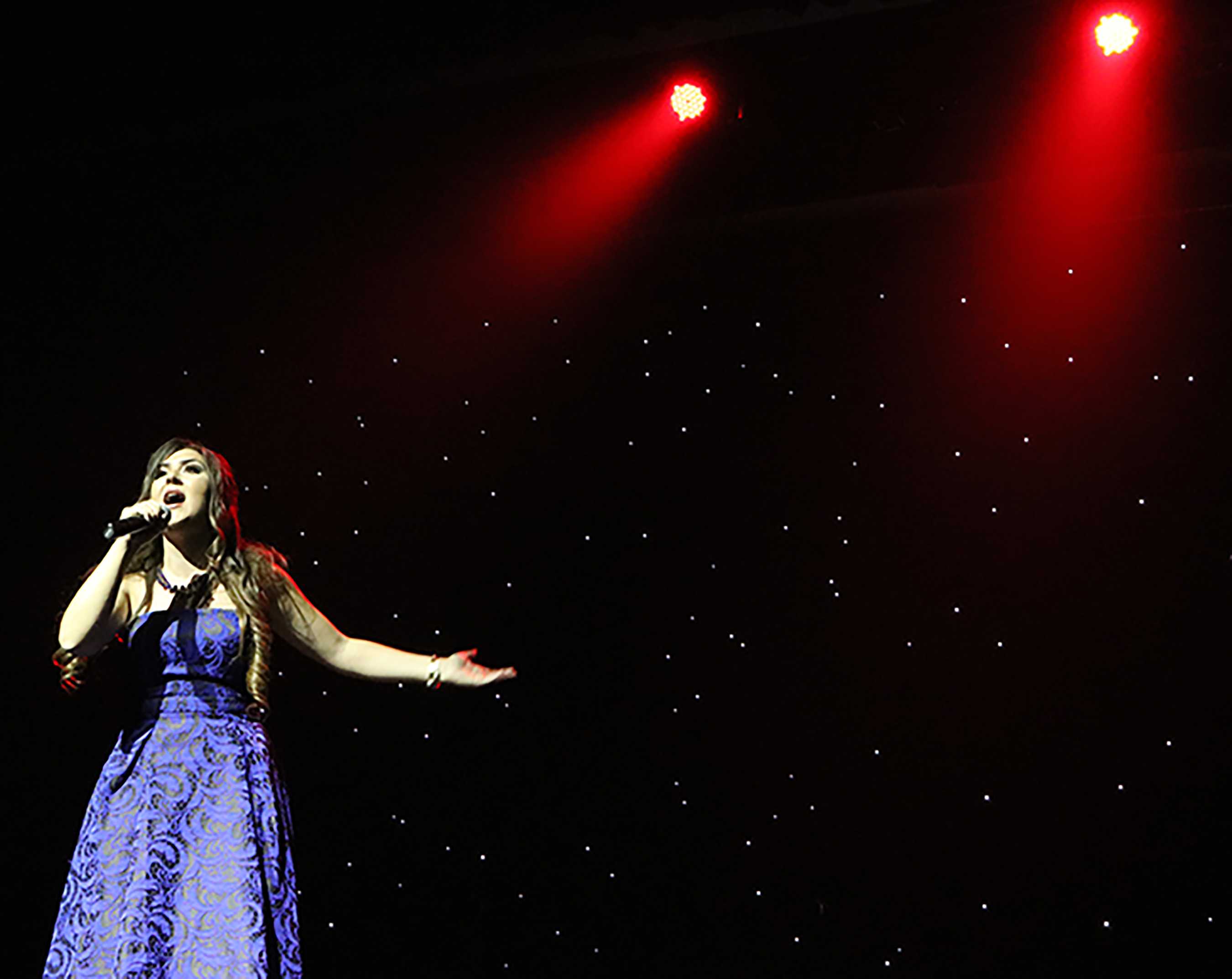 A spoken word poet walks from the darkness of the stage out into the spotlight. He is visibly nervous, but that doesn’t stop him from performing a riveting speech about the struggles of his childhood.

After he finishes, everyone is silent for a split second, taking it all in. Then, the explosion of applause starts.

This is the 15th annual Student Showcase at CSUN.

“This is their first chance to perform in front of a large audience,” said Drake Baker, the event lead organizer. “It’s amazing, there’s nothing like it.”

One such talent was spoken word poet Alex Salazar, who won second place. Salazar took a more humble approach to his win.

“I do hope to place, but more importantly, [I] just hope the story, the experience, really connects,” Salazar said.

The first place winner, Teiliana Pelekai, sang a medley of five different songs for her performance that took the audience’s breath away.

Pelekai could not contain her emotions after winning.

Pelekai is sociology major with an emphasis in crime and criminal justice, but still sees a future in singing. She said she just started working for Disney in a singing and dancing role.

She says it actually surprises people that she is majoring in criminology because she views herself as a singer first and foremost.

“Singing has been a part of my life since I was a little kid,” she said.