Fullerton scores on themselves, give Matadors draw 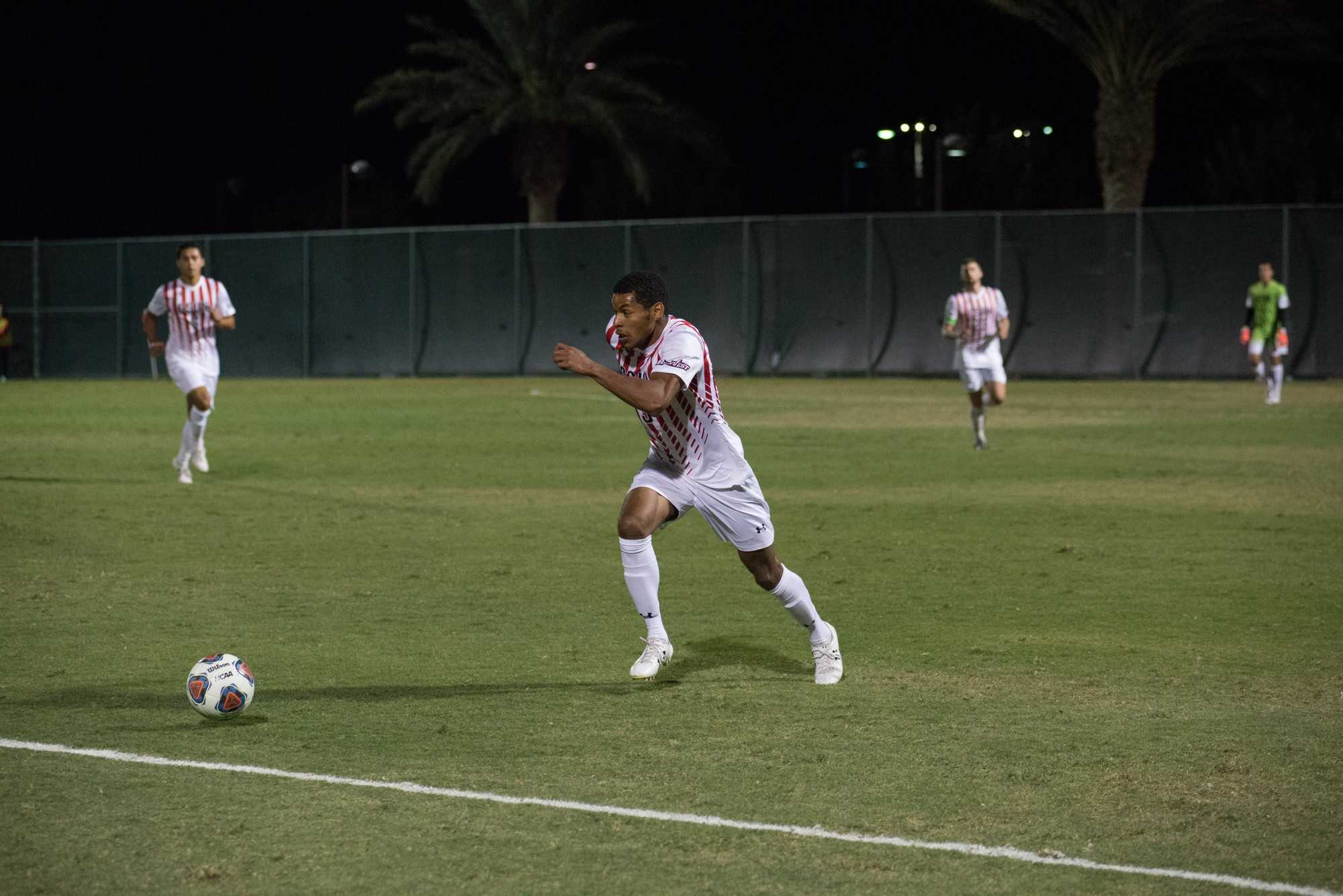 The Matadors tied with the Cal State Fullerton Titans 1-1 at Titan Stadium.

This was a match between the top two teams in the Big West South.

The Matadors visited the Titans as the top team in the Big West South, which would give them an automatic bye in the first round of the playoffs and home field advantage against their opponent.

Currently the difference in points between the two teams is one, making this the best chance for the Matadors to secure the top spot before their final game.

In the first half the Matadors came out and played the Titans evenly until one mistake cost them a goal.

A corner kick in the 20th minute saw the Matadors lose track of a Titan player who found a hole in the defense and headed the ball from keeper Kevin Marquez.

The Titans went up 1-0 and found themselves entering the half with the same lead and as leaders in the Big West South.

The Matadors came back in the second half looking for the equalizer and the point which keeps them on top of their division.

The Titans dominated the half and forced Marquez into making saves to keep the Matadors hopes alive.

A bit of luck helped the Matadors get their equalizer in a throw in by defender Gabe Robinson.

Robinson is the teams throw-in specialist and he sent the ball into the heart of the box where no Matador was able to connect with the ball. The ball instead found the head of a Titan player who sent it into his own net giving the Matadors the equalizer.

Overtime was a factor for the match; the Matadors were fortunate to have Marquez in the back of the net as he made three big saves in overtime.

The Titans dominated in the extra 20 minutes of play, but were unable to beat Marquez, and the Matadors left the game with the point needed to stay on top of the Big West South.

The Matadors will play their final season game at home against UC Riverside on Saturday, Oct. 29 at 7 p.m.

This will also be Senior night for the men who are playing their last and final season.