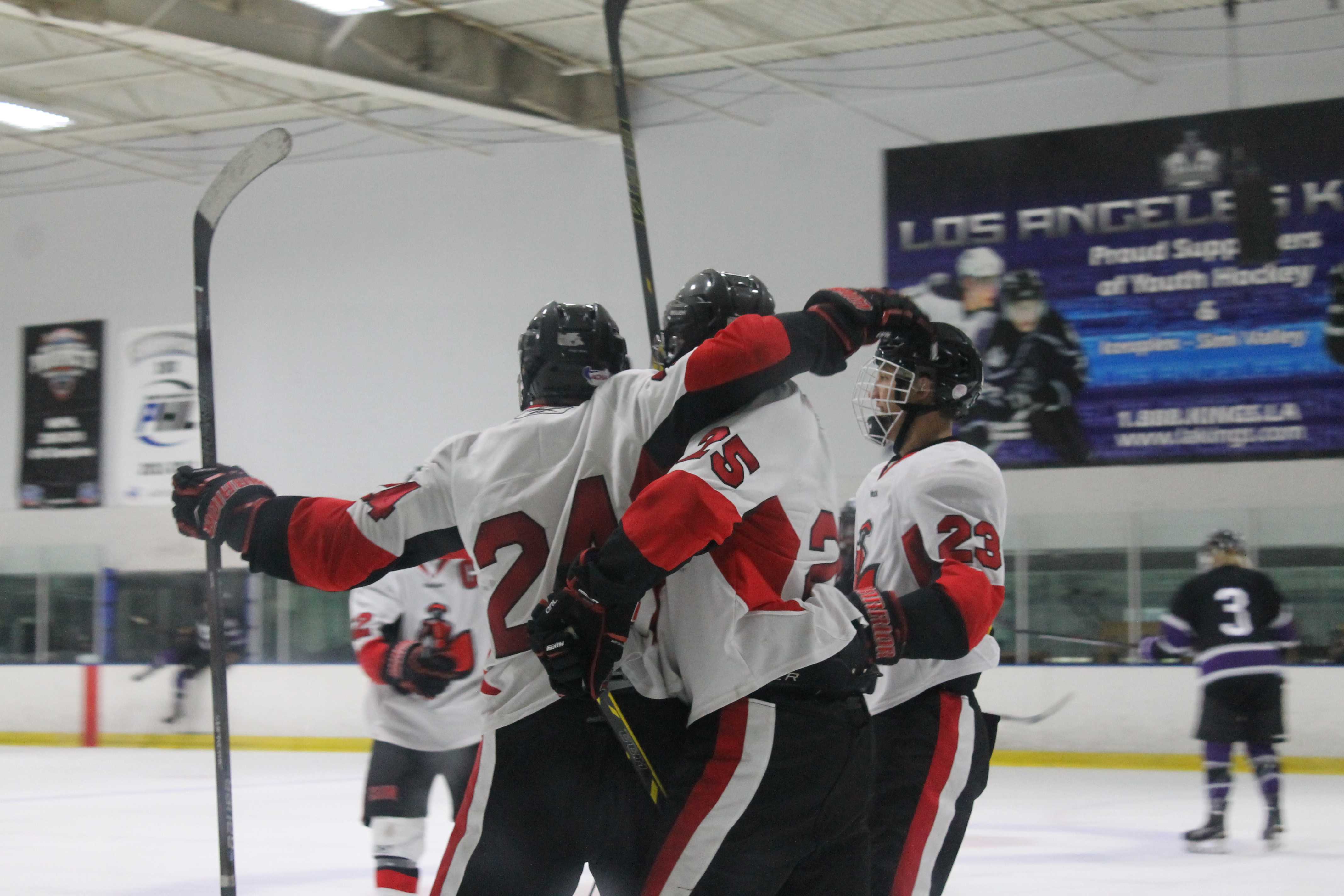 Last Friday night they opened their weekend with a 6-2 victory over GCU, with goals supplied by Tommy Pang, a short-handed goal by Quentin Abaya, and two goals each from Eli Berengut and Alex Reints.

“It was good to keep the undefeated streak alive,” goalkeeper Brandon Kalvoda said. “It’s always about the win; we pulled through tonight and played a real solid game. It was probably the best game we have played all year.”

Last season the Matadors competed in the inaugural L.A. Kings College Cup and won the tournament. As defending champions, CSUN faced off with rival Chapman University in the opening round at Staples Center following the Los Angeles Kings and Vancouver Canucks game Saturday night.

“It’s really incredible to play in a stadium where a Stanley Cup has been won at, and for most of these kids, Staples Center is considered the ‘Big House’,” Head Coach J.P. Gale said. “They are really excited and as a coach it’s always rewarding to see them be able to live out their dreams of being able to play here.”

Right out of the gate, the team had already scored 4-0 in the first period as the route was on. CSUN visited the red light district a total of nine times before the final horn went off, defeating Chapman 9-2. That marked the largest defeat dating back to January 2015, when CSUN defeated Chapman 11-0.

“Anything to get the team started and rallied from the gate, that’s what it is all about,” Abaya said. “It feels awesome to get the win, and we have the confidence to take out some of these stronger teams.”

Following the game, CSUN paid a visit to WCHC rival Loyola Marymount University (LMU); the second meeting in the past eight days. The Matadors started off strong with a 3-0 lead after the first period.

LMU caused Gale some stress late in the third period when they scored three unanswered goals. Kalvoda stood strong between the pipes not allowing LMU to tie and CSUN took away a 4-3 victory.

“We were a little disappointed (with the allowing of the three third period goals),” Gale said. “We have eleven new players to the team this year and we made some immature mistakes that let LMU back into the game. We did close it out and got the win, but we need to learn how to finish a team sooner.”

With CSUN off to a hot start, the Matadors are tied for first with San Diego State University in the WCHC.

“We did a lot of things in this off season to get better and so far it seems to have paid off,” Gale said. “These guys understood that there is a possibility for a special season, but we have to show up to play each and every night.”

The Matadors will be on the road at UCLA Friday night and are coming back home Saturday to host UCLA.