Athletes and fans have something in common: superstitions 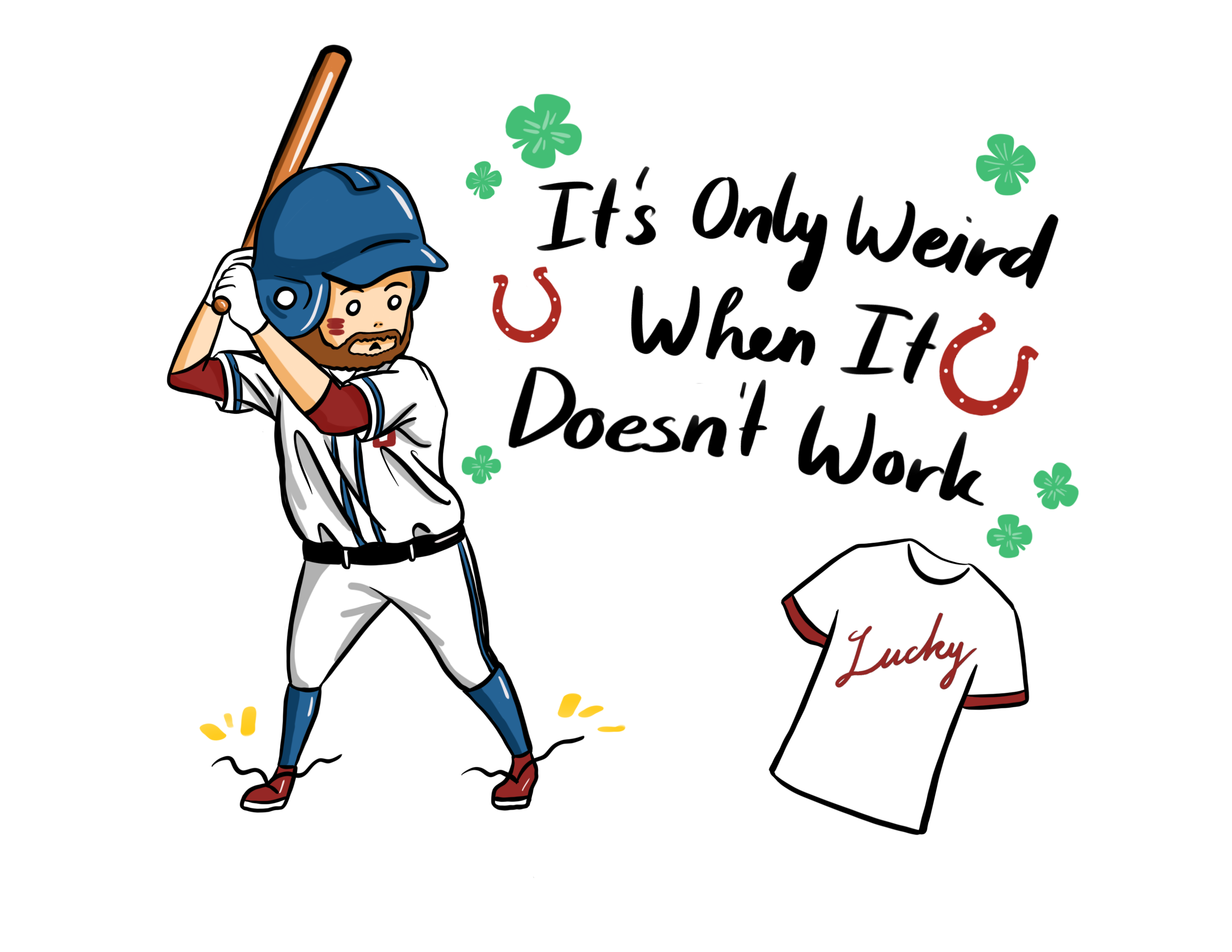 There are several factors that determine whether our favorite sports teams win or lose, but we all feel like we can control the outcome by performing our own game day witchcraft.

Sports are full of superstitions, particularly with athletes who perform a specific routine before every game and carry certain items that they believe are lucky.

For many athletes these superstitions serve as a psychological placebo that helps them calm their nerves which arise from an uncertainty of the future.

“I always warm up on the same line,” said Degraffenreidt. “I always drink three water bottles, and always put on my right sock before my left and my left cleat before my right.”

Sports fans also practice their own superstitions that they believe will have a direct influence in helping their favorite team win.

Although many do not believe in the magic of superstitions, many people have adapted them to become a part of their lifestyle.

“I sleep in my Atlanta Falcons jersey the night before every game,” said CSUN student Malcolm Bowman. “It does not just make me feel a part of the team, but that I’m making a contribution by sending them spiritual support.”

Superstitions can range from what you wear to what you do during the day.

Superstitions can act as a confidence booster to help the performance of their team or even themselves.

Next time a big game is on television, look around and observe what people are doing or wearing, it may have a bigger impact on them then you think.