Alice Dreger on The “I” in “LGBTQI” 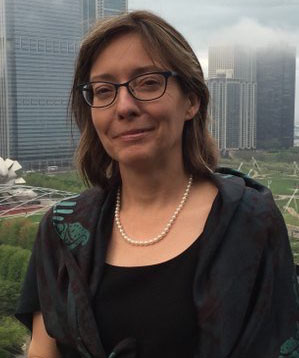 Author Alice Dreger dropped by the Oviatt Library Presentation room last Wednesday to give her talk, “The ‘I’ in LGBTQI: Reasons to Add It – And Reasons Not To Add”.

The “I” in LGBTQI stands for “Intersex,” which is a general term used for a variety of conditions in which a person is born with a reproductive or sexual anatomy that doesn’t appear to fit the typical definitions of female or male.

After stating that sexual education and information was most crucial in the elementary stages in order to have more meaningful conversation in the future, director of the Queer Studies department, Greg Knotts introduced Dreger as the host of the afternoon’s “intentional and thoughtful dialogue”.

Dreger began her layered presentation on a light note by letting the audience know that her son was the only child in his kindergarten to say statements like, “most boys have a penis and a scrotum, and most girls have a vagina and a clitoris.”

Dreger’s presentation consisted of four impactful points to take away by the end. They were “Biology is not identity, ‘Normal’ and ‘healthy’ are different, clinicians should focus on healthy outcomes, and if you’re going to talk about ‘LGBTQI’, be aware of the consequences”. The most dense and controversial points of the four was the aspect of whether to keep the “I” in the “LGBTQI” or remove it.

Some of the positive outcomes of adding the “I,” according to Dreger, would be that it would increase the visibility of the biological condition of intersex itself. Increasing visibility would then assist in the recognition that homophobia and sexism are the root of bad health care intersex people face.

Another positive attribute adding the “I” would catalyze would be the fact it would create a wider and deeper understanding of people with intersex issues.

Professor Dreger went on to explain that one reason adding the “I” would be a setback is because of the consequential politicization of the intersex community leading to negative stigma and treatment from healthcare providers due to their dislike for political interference.

This can be confusing and even sometimes offensive to intersex people because if one is not intersex and claims it as their own it erases the separate intersex plight.

Lastly, a main setback would be the idea that adding the “I” would then imply that “intersex” is an identity term and since it is defined solely in a biological perspective, that would not make sense.

Dreger stated that, “we are supposed to be past the idea that we are automatically assigning people identities purely based on biology.”

“I think that she beautifully articulated two different perspectives” said 31-year-old, anthropology major, Eryn Talevich. “One of the fundamental tenants of these kinds of discussion is that the individual experience needs to be valued and so both of those would include the personal experience.”

Dreger’s work was backed with sources, examples and credibility all working together to form a cohesive conversation.

“What I appreciated about the response is that it was measured like I think of anything that is considered politically and at the same time sociocultural…she offered evidence for taking a stance in either direction,” Knotts said.