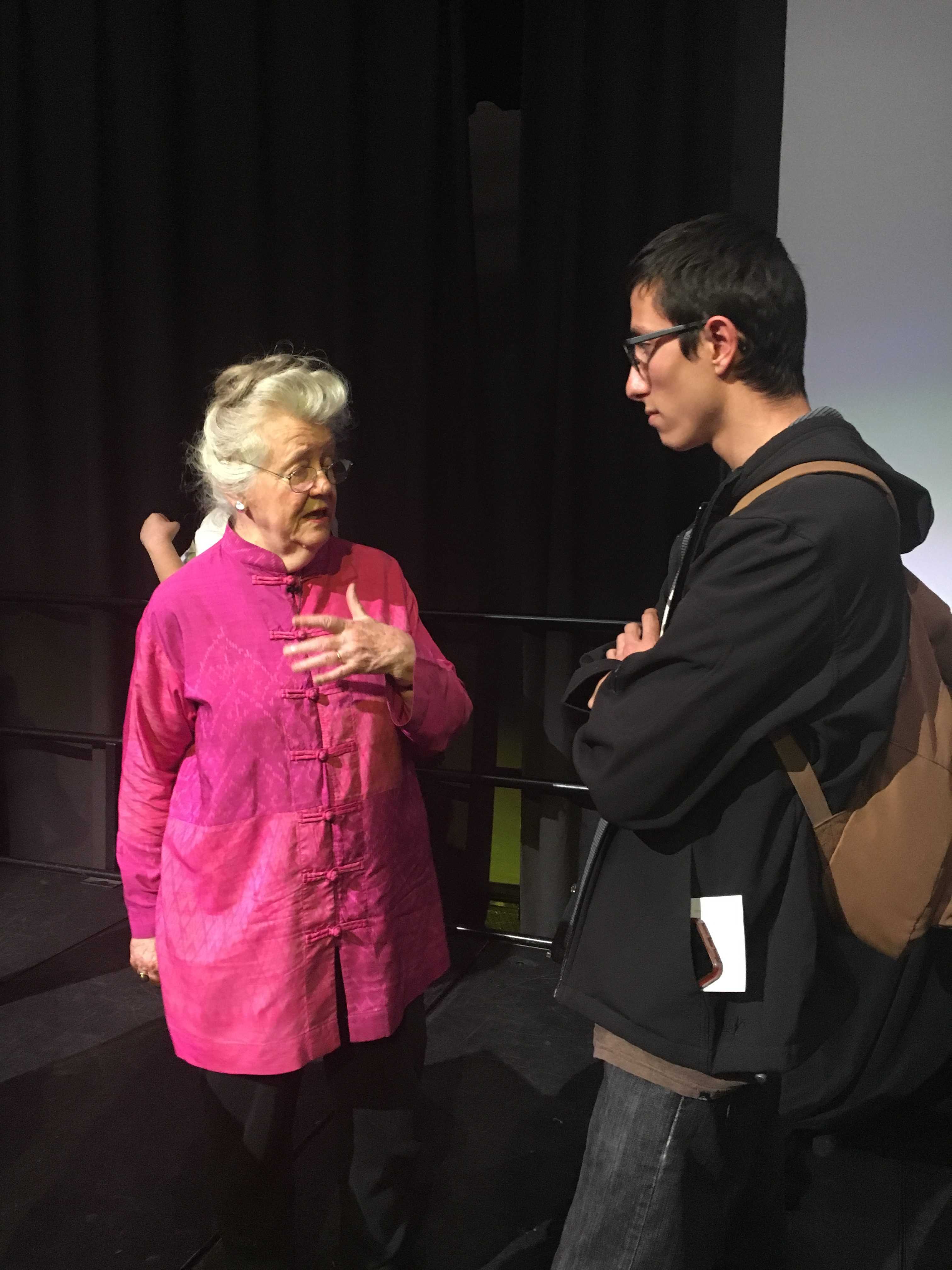 A discussion on overcoming white and male privilege, and other issues, was led on Tuesday by two colleagues of 22 years, Victor Lewis and Peggy McIntosh, two of the most renowned speakers on the topic of their work against racism and other forms of oppression.

The leaders moved many students to ask questions at the Northridge Center in the USU.

Sheena Malhotra, a gender and women’s studies professor at CSUN, began the discussion by introducing Yazmin Monet Watkins, an international spoken word poet, and actress who recited two poems for the audience.

The first poem addressed topics such as heterosexuality, lack of diversity in media and featured questions such as “Why are you so afraid of sexuality?” and “Why do you confuse gender and sexuality so often?”

Watkins further discussed her own sexuality in the poem.

“I am not confused, no, I am not a cheater, I am bisexual, I love without limits,” Watkins said.

Her second poem addressed issues regarding inequality in education, the prison-industrial complex, and other unfair systems in the U.S.

To work on these issues, Lewis and McIntosh suggest individuals recognize their own privileges in society. Abandoning the fact that one is privileged is not the way to go, according to Lewis.

On male privilege, McIntosh said she sees it the most in education when most men are taking up all the curriculum.

“I feel very sorry for men who are raised to act tougher than they feel and I think that it’s wrecked in this society,” McIntosh said.

On Black Lives Matter, McIntosh referred to her well-known list of personal privileges in society as a white woman, featured in her work “White Privilege: Unpacking the Invisible Knapsack.”

She related the list to people who do not recognize there is one race being disadvantaged more than the other.

“Just to say ‘Well all lives matter,’ that is true, but the correct difference needed is the lives of people of color that matter,” McIntosh said.

The discussion ended with more questions from the audience, including topics such as indigenous struggles, and the future of the Black Lives Matter movement.

When it comes to students, Malhotra said she has been teaching both the work of Lewis and McIntosh for many years.

“I think that it’s [privilege and race] foundational and life-changing for our students,” Malhorta said.

According to Malhorta, students in her class seem interested in taking action.

“I think all students want a just society and a chance to talk about it, and to actually think about constructive ways that everybody can contribute makes them energized,” Malhorta said.

Malhorta also said there was a high turnout because people have been reading Lewis and McIntosh’s work for many years.

“The chance to actually hear them live brought a lot of people here,” Malhorta said.

Jose Duran, a cinema and television arts major, said he came to the discussion because it was required for his class. However, Duran said he’s always been interested in social justice issues and was familiar with McIntosh’s work.

“I’m always kind of looking towards what I can do to continue to help causes I feel strongly about,” Duran said.