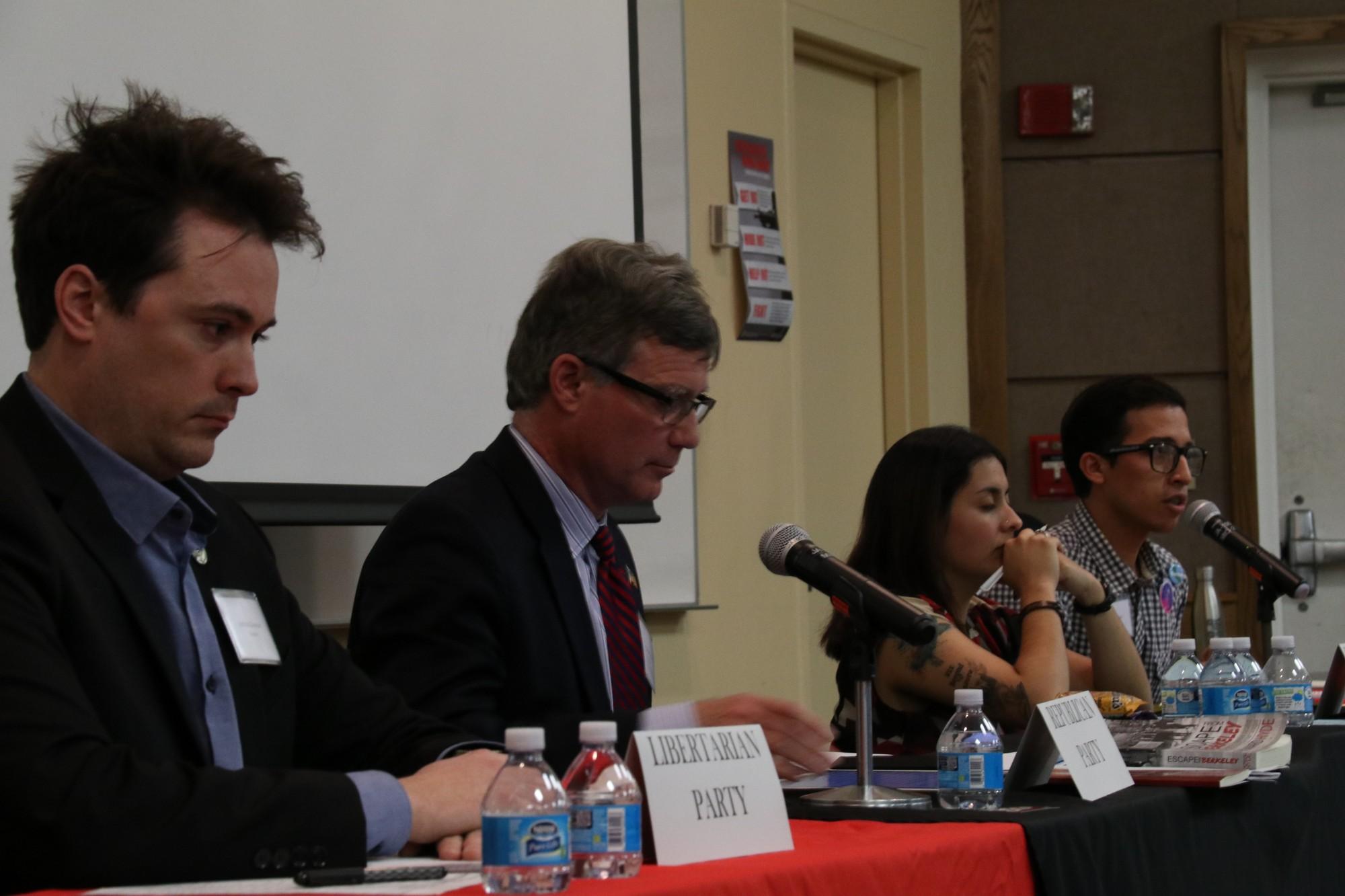 CSUN hosted a presidential healthcare forum on Wednesday, where four speakers representing the Democratic, Republican, Libertarian and Green parties, presented the parties’ views on the current and future state of healthcare in the United States.

The four speakers spoke to a crowd of approximately 80 people in the C.R. Johnson Auditorium and were invited to speak as part of a group project for a health administration graduate course.

The representatives spoke on the Affordable Care Act, commonly known as Obamacare, as well as various relevant propositions including Prop 52 and Prop 61. All four speakers had different views on the topics but were polite and civil when voicing their opinions.

The only defender of the Affordable Care Act was Democratic Party representative, Xochitl Medrano, however even she brought up the need for some reform.

“We need to expand it with lower deductibles and co-pays,” Medrano said. “If it wasn’t for Obamacare, I wouldn’t have been able to go to the doctors.”

Eduardo Castillo, a health administration major who has free healthcare because he is a combat veteran, wanted to hear each parties’ stance on healthcare.

“I came because I wanted to get an open field on where each parties’ intentions are,” Castillo said. “I definitely felt more swayed towards other political parties than I thought I would be”

The other three speakers were vocal with their disdain for it, especially Republican Party representative, Howard Hyde. Hyde has even written books about how Obamacare needs to be gone as soon as possible.

“We should put money into the hands of the people, not the insurance companies,” Hyde said.

Green party representative, Angel Rolland, was strongly against the Affordable Care Act and believed that healthcare should be accessible for everybody.

“It presents itself to the media and in general that it’s something that is good for the public, when it actually isn’t,” Rolland said. “It gives power to the corporations, pharmaceutical companies, and the health industry over what’s best for the people.”

Libertarian party speaker, Joshua Glawson, is strongly against the Affordable Care Act and believes it needs to be repealed immediately. In fact, Glawson and the Libertarian party are strong advocates for having no government healthcare plan.

Alex Alvarez, a health administration major, gets free healthcare because her husband is in the army.

“I just hope one day we can all be at a place where we can all actually afford it where it’s not a struggle for people,” Alvarez said.

In regards to Prop 61, which deals with controlling prices of prescription drugs, there was some opposition among the speakers.

Rolland and the Green party were the only ones who were supportive of the proposition because he claims they are the voice of the people. Medrano and the Democratic Party take no official position on the proposition.

Hyde with the Republican party and Glawson with the Libertarian Party both were against the proposition. Hyde was against it because he believes forcible price controls don’t work and Glawson believes that costs will go up in the private sector.

The only subject that came up in which all four speakers agreed was that the future likely holds some sort of universal healthcare program.

The Libertarian and Republican parties were against the idea, however, both agreed that it is very likely to happen. On the opposing side, the Democratic and Green Parties were both for this likely universal healthcare system in the future.

“Healthcare is a human right, not a commodity,” Rolland said.