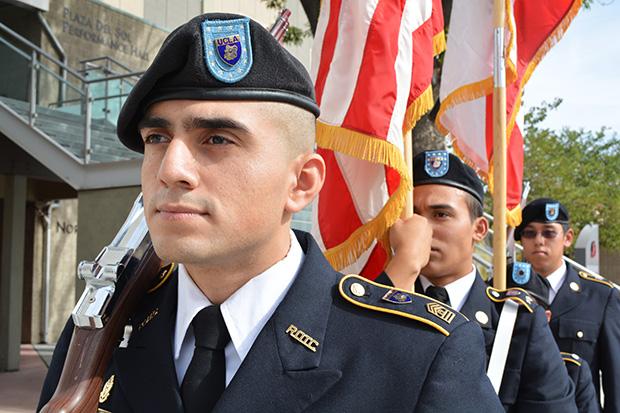 One of the measures that has the most money at stake this election is Proposition 61, which states it would limit the amount of money state agencies like Medi-cal would pay for prescription drugs, according to an LA Weekly article.

Prop 61, called the California Drug Price Relief Act, would stop the state from paying more for a drug than the U.S. Department of Veteran Affairs (V.A.) does. The V.A. generally pays the lowest price for prescription drugs of any public or private group because federal law makes sure the agency gets a 24 percent discount off a drug’s list price automatically, according to LA Weekly.

The groups that make up the opposing side, such as Veterans of Foreign Wars, Department of California and several state agencies such as the Los Angeles Area Chamber of Commerce, have raised more than $109 million.

Their campaign voices concerns for the elderly along with veterans and how this potential increase in drug prices would adversely impact them financially. The concern for veterans is that if the proposition does pass, pharmaceutical companies will raise their prices in order to make up for the money they are losing from the measure.

Those who are in favor, which include groups like the California branch of the American Association of Retired Persons (AARP) and the AIDS Healthcare Foundation, have raised over $17 million.

Their whole platform is to “stop pharma greed”. They have been focusing their awareness efforts in print and on television advertisements that heavily feature former democratic presidential hopeful Sen. Bernie Sanders.

While the CSUN Veteran’s Resource Center does not officially endorse or condemn any particular propositions or political candidates, focusing rather on the academic, professional and personal development of the student veterans, Laurenz Howell, a student adviser, volunteer and special programs leader at the VRC, said the general consensus around the office about the proposition is negative.

“It would definitely have an adverse affect on our community because a lot of veterans are already on a fixed income,” said Howell, a veteran of the Navy. “We already have to fight to get what we need from the V.A., so it would be very bad for us as a community for that proposition to go through. I don’t want to see any veterans struggling to get what they need because pharmaceutical companies decided to get greedy and hike the prices up.”

Larry Gutierrez, a 28-year-old technical sergeant and aircraft group support mechanic in the Air Force, echoed the sentiment that although he is not currently on any prescription medications, he would worry about his future health problems.

“I’m not on any medications right now, but I know fellow veterans who do take antidepressants and I don’t really know how much those cost, but I would imagine this proposition would really affect them,” Gutierrez said. “No matter what people think, the V.A. is [a] broken system. It is a definite struggle to get what you need from them, so in that regard, this [proposition] is very troubling and a real concern.”