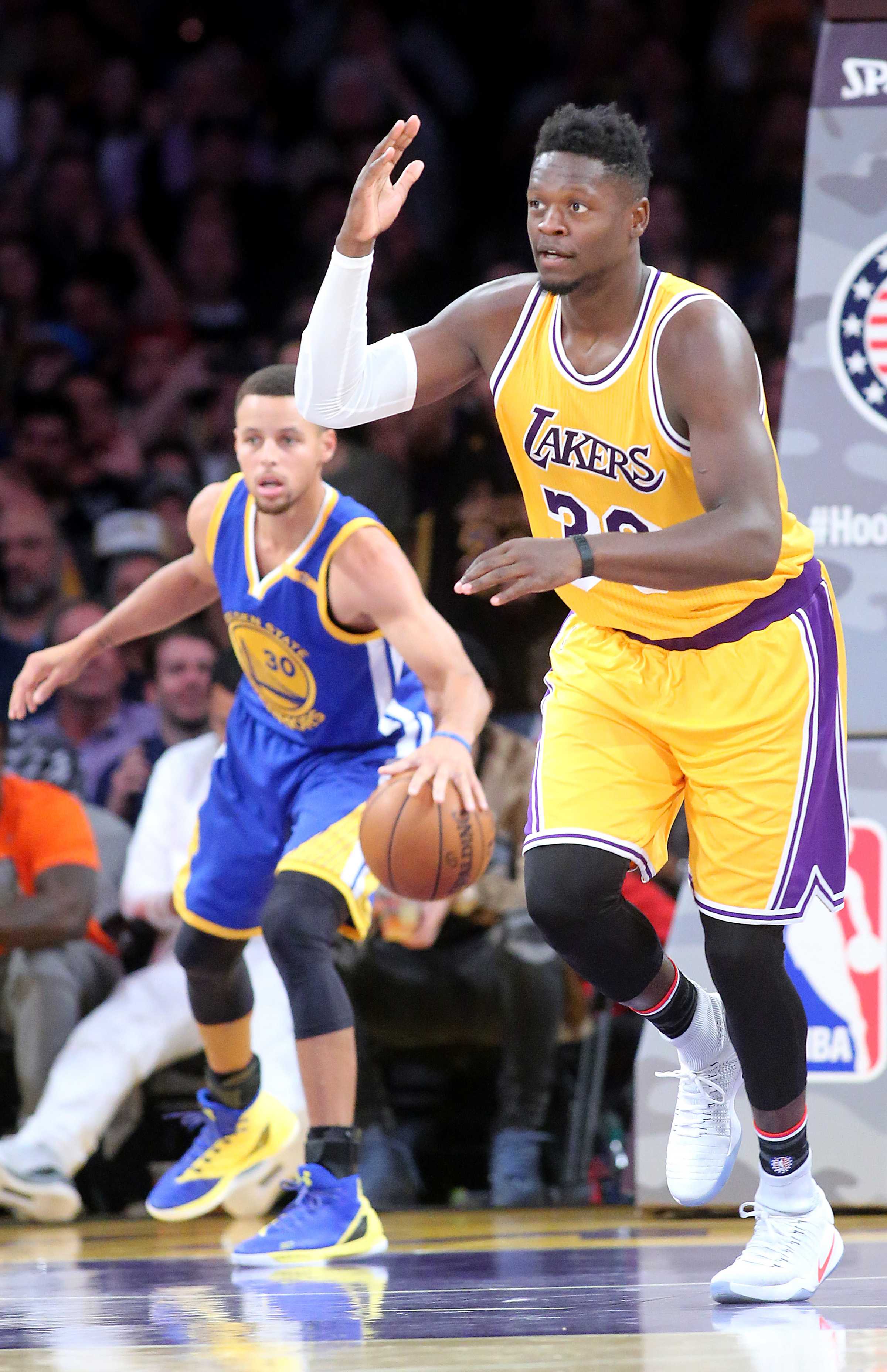 The Los Angeles Lakers are sitting with a 4-3 record at the beginning of the season. This is a surprise for many as the Lakers are playing their first season without Kobe Bryant and a true superstar player. The team has looked impressive in their wins and losses, but there is still some work to be done to make this current squad a playoff team.

The offense and defense must make some improvements to secure a few more games in June. For Laker fans this may be nitpicking, but that will lead to an improvement which will help the squad in the future.

On offense, this team has been impressive. The young players on the squad allow Luke Walton to play pick and roll, pick and pop, isolation, and any other you can think of.

Right now their defense revolves around ball and player movement with pick and roll and that is only the starters with the sixth and seventh player on the roster. The bench uses a different style of fast paced energy game that uses pick and roll/pop.

What the Lakers need to do is keep the ball movement, but develop an inside game with Mozgov, and get Randle and Nance to learn how to play with their backs to the basket. This will help the team get easy points and open up space for shooters.

What I do want to see the Lakers eliminate is Randle trying to start a fast break as he constantly ends up committing a charging foul or making a bad pass. He needs to be the one getting the pass and finishing fast breaks.

The Lakers also need to get Clarkson some help in isolation plays. He is either placed in a bad situation or he puts himself into bad position where he makes a bad pass or just loses the ball.

With Russell, the Lakers need to convince him to not let his scoring dictate his offense. He needs to stay in the game and make those great passes that lead to easy baskets for his teammates. When he isn’t scoring he takes himself out of the game and they need him to stay involved.

On the defensive end the Lakers have made huge improvements when compared to the last three seasons. The youth of the squad allows the team to react quickly and jump into the passing lanes leading to fast break points. The big issue for the team is not being caught ball watching and switching on screens.

During the current three-game win streak, the Lakers defense has been solid, but there are moments where you can see a player standing still watching the player with the ball. This leads to an easy bucket for the opponent, usually a dunk or three from the corner. This can easily be fixed with teammates talking to each other, but at times it seems like the players do not communicate to each other.

Luke Walton needs to find a defensive leader who will tell players to stay on their assignment, keeping many of those easy points from happening. When it comes to switching on screens the Lakers must know how and where to switch at.

There are times where the Lakers bigs switched on rolls that led to a dunk or layup when they tried to double team a guard who picked up his dribble and could not move. Walton’s assistants need to help the bigs learn when to double and when to stay on their player.

If the Lakers can make these improvements on the season, and the young players continue to improve throughout the season, then this is a playoff team. With these improvements, the Lakers could see this season end with 30 or 40 wins and see themselves being courted by superstar players in the off season. Laker fans, this 4-3 record and a nice young squad brings back excitement to Laker basketball that has been lost in the last four seasons.