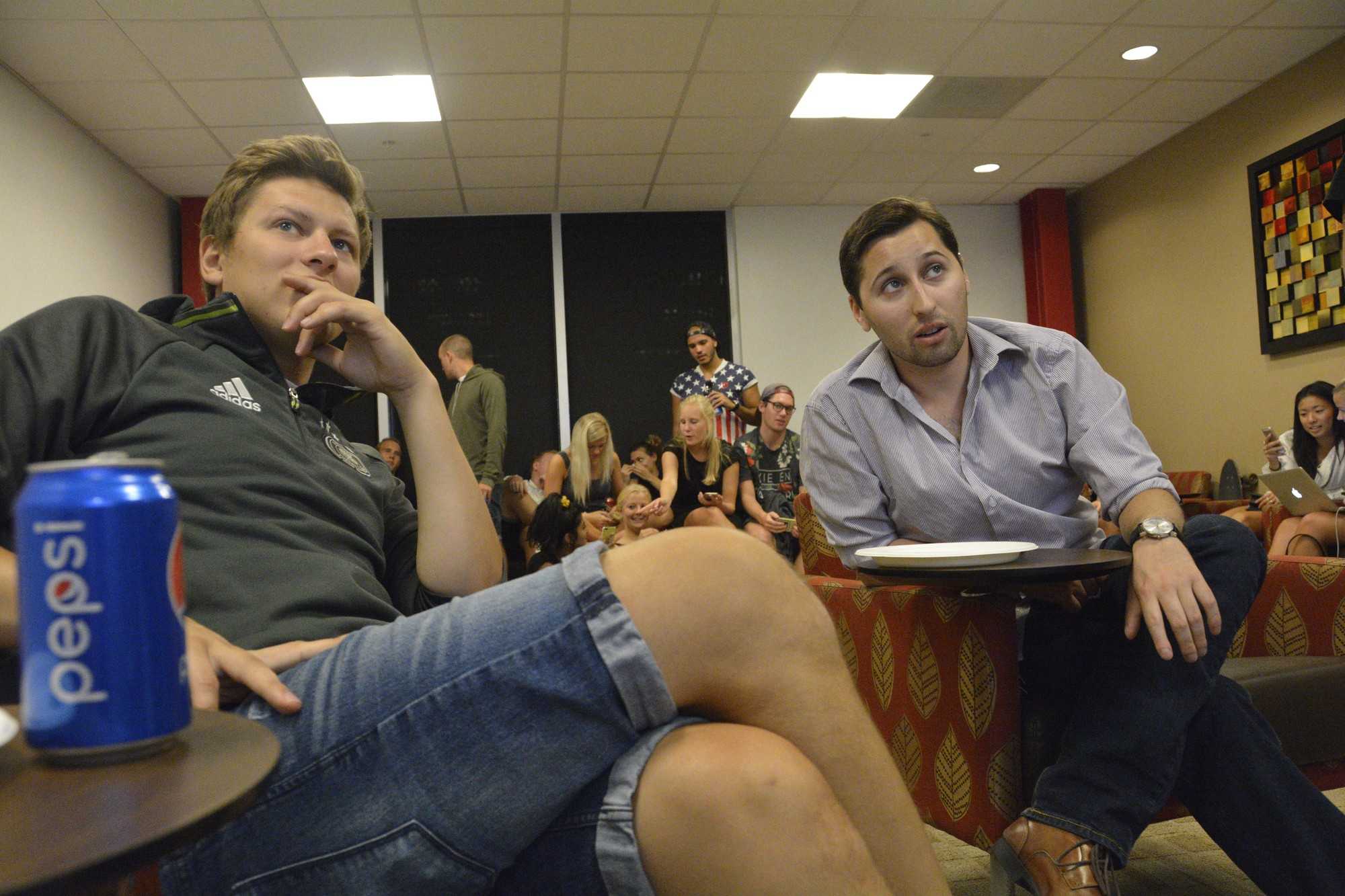 The CSUN Young Democrats and the Political Science Students Association [PSSA] hosted a viewing party for its members and CSUN students on the night of the 2016 Presidential Election, in the Santa Susana Room in the University Student Union.

“Let’s hope Hillary [Clinton] can catch up,” said sophomore Stacey Salter, accounting major and member of CSUN Young Democrats. As she said this, other students count down to see the latest results. The states of Illinois and New York belonged to Clinton, the Democratic candidate, and Kansas, Wyoming, South and North Dakota went to Republican presidential candidate Donald Trump.

“I think it’s crazy where Trump has gotten,” Fechner said of the Republican candidate and how Trump made his way to become the nominee over several politicians. “America is a very fascinating country.”

Regan, a 23-year-old senior political science major, said he voted for Evan McMullin, believing him to be a much better alternative conservative candidate than Trump.

“It’s about what I expected,” Regan said. “[Trump] has a very small path to victory. Right now, I fully expect that [Clinton’s] going to beat him. With the expectations this evening, whoever ends those expectations will be upended. Once California’s results and other blue states come in, it will start to make sense.”

James Dale, a 24-year-old communications major and CSUN Young Democrats member who watched the results, said he felt uncertain due to the early details.

“Everything is too close to call,” Dale said. “Some of the states have been called, but there’s nothing to notice yet. I’m a ‘Berniecrat,’ but I’m voting for Hillary as a second choice.”

While students did not know what to expect yet, CSUN Young Democrats president Mario Arias said he remains optimistic.

“Today’s been our chill day,” Arias, a senior 23-year-old political science major, said. “Whatever happens, there’s things to do afterwards. The next four years start over.”