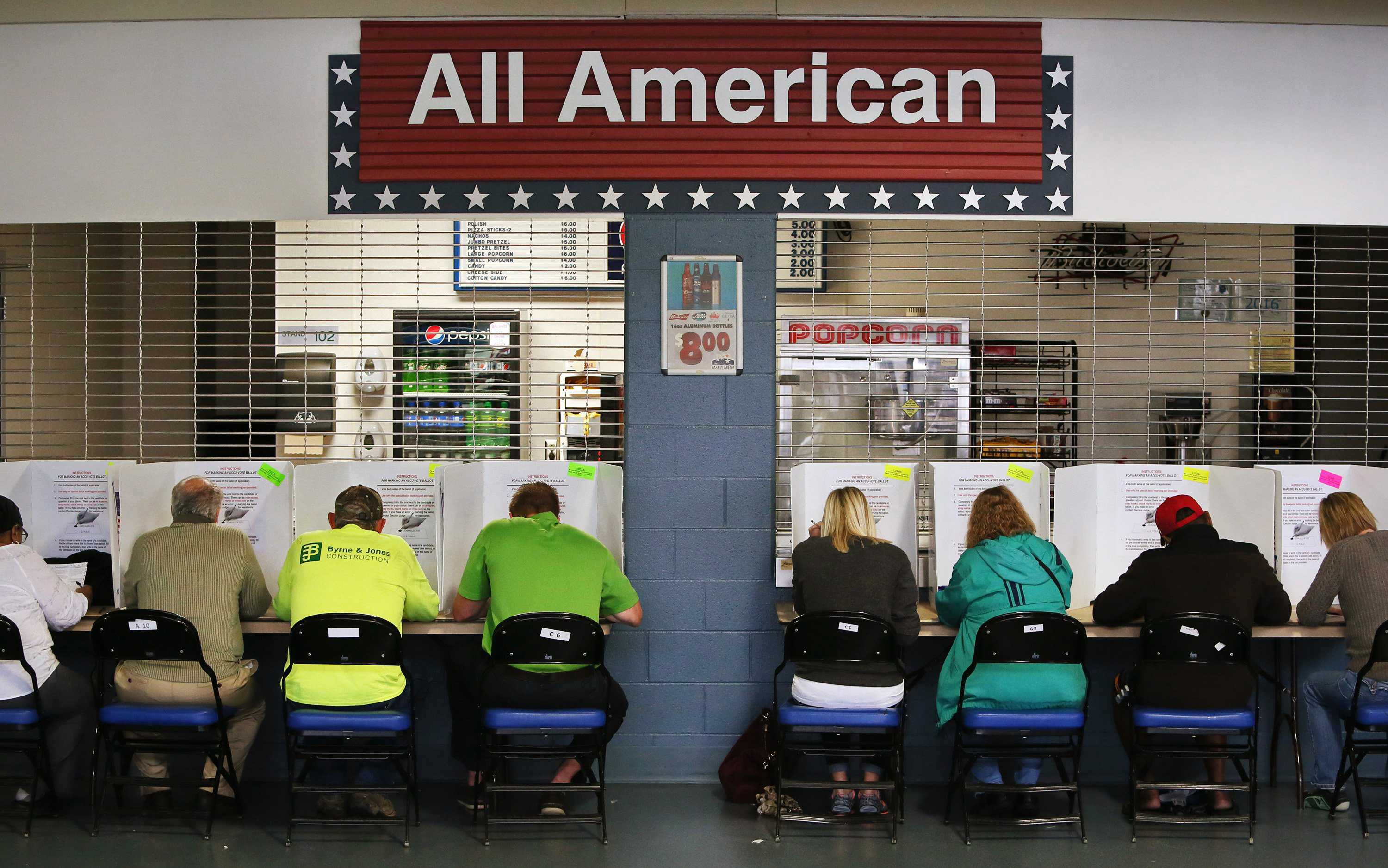 Political views during this year’s presidential election have been highly contested in almost any conversation involving the final nominees.

Anthony Kim considers himself an internet nerd—the type of person that scours reddit for underground campaign information and participates in the occasional practice of trolling.

A 23-year-old CTVA major, Kim believes they are just one of the few demographics that have thrown their support behind Trump.

“What was really appealing was the internet presence,” Kim said. “Trump appeals to an audience that no one else appeals to and that is the internet nerds who were never really spoken to before, who live a lifestyle, and their substance is memes, internet jokes and trolling.”

“[I’m] not saying that all Trump supporters are trolls,” he added.

He points to the subreddit page titled ‘“The_Donald” where users dedicate time posting news clips and information that lean in favor of Trump.

Trump has gained Kim’s support by offering solutions to fix congress by “draining the swamp,” which is what Trump is calling his proposals to implement term limits in congress and end other factors that have caused congress to become “corrupt.”

Trump’s criticism on members of NATO not doing their part for the organization, his policies that will attempt to bring American jobs back and a border wall that will stop illegal immigration and drug traffickers, are also some of the reasons Kim voted for Trump.

“It might sound corny, but it’s a very hopeful movement,” Kim said. “It’s a very optimistic movement. It was something different that even me as a Republican and Democrats, we haven’t seen in a long time and that was optimism, something new—a fresh perspective on politics and I think it’s because Trump wasn’t a politician.”

His open support for the GOP candidate is not a long standing political belief that he has made known around campus or through social media outlets.

“At first i was worried, Kim said. “I live in Northridge. Los Angeles County is very liberal and of course my friends on Facebook are very liberal— a large amount of Bernie supporters and of course when you stick your head above the rest of the crowd, someone’s going to throw a tomato at you.”

But his need to voice what the Trump movement means to him came about when he watched anti-Trump protests in Chicago turn violent.

The undercover video from the right-wing group Project Veritas Action, that purports to show a Democratic National Committee contractor explaining how it was a tactic to incite violence at Trump rallies, also reaffirmed his efforts of being more outspoken with his political opinions.

However, Trump and his followers are called racists for the candidate’s statements toward undocumented immigrants, and previous policy considerations where he said he would ban all foreign muslims from entering the United States.

“I’m Korean,” Kim said. “Would I really be supporting a white supremacist running for office? I’d like to think that no I wouldn’t.”

Kim points to the notion that Trump’s equal-opportunity business ideals have led him to hire all different types of employees.

Trump has also faced allegations of sexual assault near the end of his campaign, and a 2005 hot-mic footage from “Access Hollywood” was leaked of him saying disturbing comments about grabbing women.

“The way I see it, people will come at Trump with anything—racist, bigot, sexist sexual pervert, predator,” Kim said. “I think they’ll say anything to really make themselves believe that he’s a bad guy. Politically he has the ability to go through and weather the storm.”

“I definitely don’t condone what was said on the ‘Access Hollywood’ tape,” Kim said.

Even as Kim considered the possibility of supporting the then Democratic contender Bernie Sanders for nearly two months, the eventual nominee, Clinton was never an option.

He calls voters to see if they will volunteer for her campaign and also reminds people to go out and vote.

“I know that Hillary has evolved throughout her campaign and I actually am excited about phone banking for her and getting people out to vote for her.”

Velazquez’s first choice was Bernie Sanders as the democratic candidate.

“I feel like [Sanders] speaks to young people and from the beginning he kind of grasped their views,” Velazquez said. “I feel like Clinton who has been involved in politics for so long was a little bit disconnected from younger voters. I feel that Sanders brought issues to the forefront that my generation really cares about.”

Velazquez admitted to attempts to explain to his friends to go out and vote even if they feel that they are not represented by either major party candidate.

“If you really were a Sander’s supporter then you would know that that is everything we stand against—everything that Trump is representing—so you should be working no matter who the candidate is to make sure he doesn’t get elected,” Velazquez said.

However, scandals that have been affecting Clinton’s campaign have not been enough to make Velazquez vote for the alternative. Her connection with big-money donors hasn’t gone entirely unnoticed by Velazquez.

“You have to realize our democracy isn’t going to change overnight,” he said. “I’m really concerned about these big corporations being able to buy out elections and pouring so much money into campaigns and people saying it’s not going to affect how they vote because the reality is, it does.”

Foreign policies including Clinton’s stance on orchestrating a no-fly zone in Syria, which she advocated during the third Presidential Debate, have also created some concern about Clinton for Velazquez.

“As far as the no fly zone, I think that’s just going to further bring us into the Middle East and I think we should be looking to be not so involved in their issues,” Velazquez said. “It does scare me. I think that that’s where my misgivings and kind of my fears with Hillary lie.”

Not actually having made it inside the rally, Tungüi watched the then democratic contender describe his vision for the country on a screen placed outside after the room’s capacity had been reached.

“I was completely blown away that a politician—somebody with the potential to be our next president was talking about issues that I had never seen another politician address in such a way that was so compassionate and inspiring and that was mobilizing so many people,” Tungüi said.

Sander’s effect caused Tungüi to make sure her political voice would be heard by securing the first necessary step to democracy—the ability to vote.

Tungüi, who was not an American citizen when her curiosity in social issues led her to the Sander’s rally, contacted a lawyer to begin her path to becoming a citizen.

Born in Mexico, Tungüi’s family moved to the U.S. when she was three years old. She became a citizen in April.

During Tungüi’s path to citizenship and after, she embarked on a political journey by canvassing for Sanders in Arizona in March, casting a vote as an at-large delegate for Sanders at the Democratic National Convention in Philadelphia in July, driving to North Dakota in September to deliver supplies to the Standing Rock Sioux tribe protesting the Dakota Access Pipeline, and arriving to the decision of voting for Green Party candidate Jill Stein.

“People who helped us and were part of the Bernie movement became Green [party] supporters, Jill supporters,” Tungüi said. “I feel that she is a better representation of the type of things that are important to me, and I feel that she won’t say something and then go around and say something else to a room full of billionaires.”

Having worked with the Bernie Sanders Brigade to make sure primary voting would be efficient after personally witnessing voters in Maricopa County, Arizona waiting hours in line to cast primary votes, and facing what Tungüi described as unfair treatment from Hillary Clinton supporters at the Democratic National Convention, seeing Sanders concede was not an easy experience for the recent activist.

“I think it took me a while to process that my candidate—the person that had inspired me, basically motivated me to do so much work for him— that he was no longer there,” Tungüi said. “That he was no longer a choice for me to vote for, I honestly didn’t know what to do.”

Tungüi first saw Stein speak at a rally in Philadelphia that was separate from the convention.

Work still needed to be done at the convention, but Tungüi had agreed with Stein on certain issues, including the Green Party candidates stance on immigration and helping the environment.

Stein supports a “welcoming” path to citizenship for immigrants and would halt deportations for law-abiding undocumented immigrants, according to her website.

Sanders has used his voice to urge voters to vote for Clinton and is against a so-called “protest vote.”

Tungüi cited factors including Clinton’s campaign donations coming from “big banks” and Trump’s views and language toward immigrants as reasons why neither major party candidate has her support.

“I just think [Trump] stereotyping us in a certain way and for a lot of people who aren’t used to seeing a Mexican, they can start to actually think those things,” Tungüi said. “I think (Clinton’s) another politician. I just don’t think she’s my politician.”