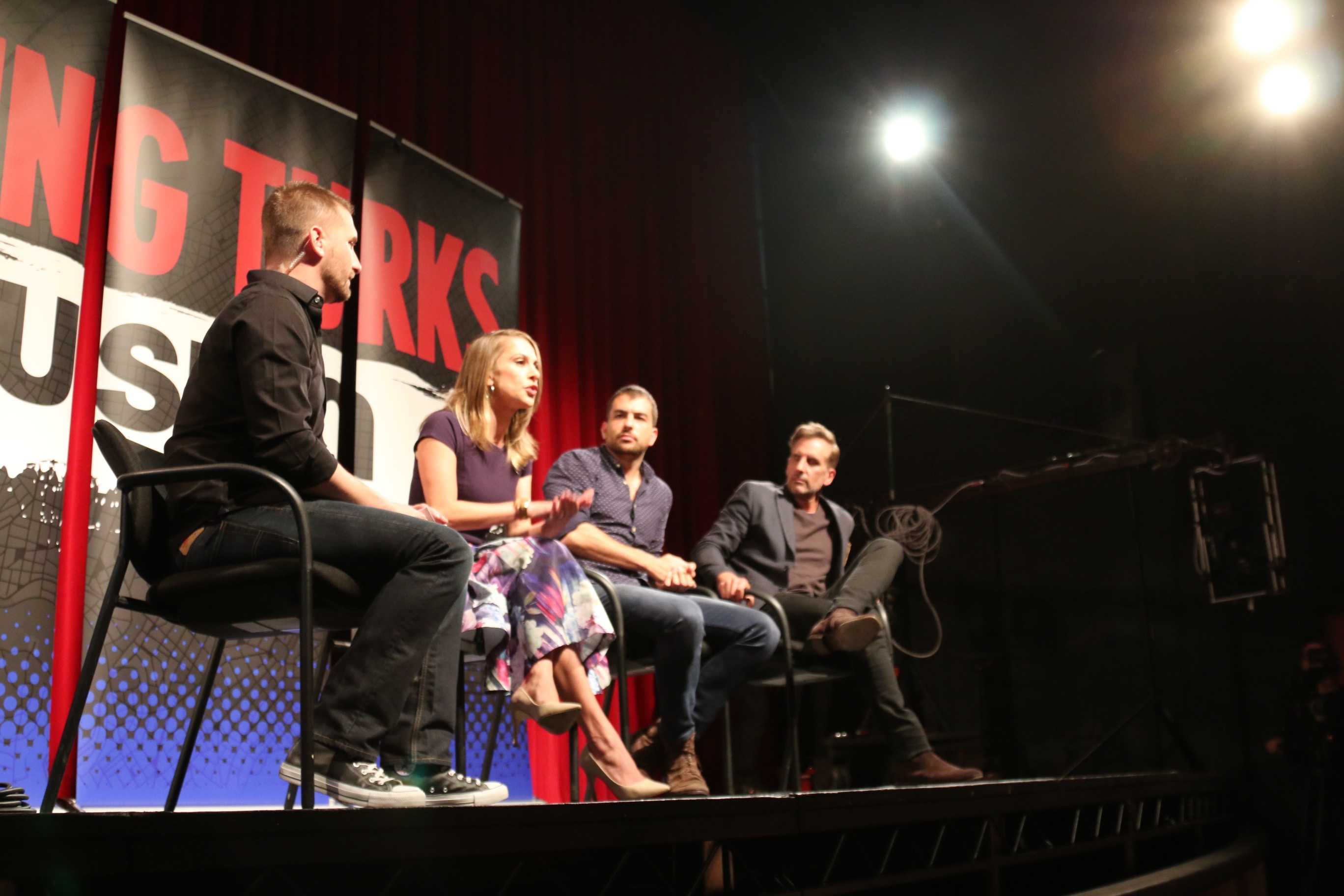 Ana Kasparian(2nd to the left) has a heated exchange with heckler at the filming of The Young Turks in The Little theatre in Nordhoff Hall at roughly Photo credit: Blaise Scemama

“The Young Turks” host Ana Kasparian had a heated exchange yesterday afternoon with a student from the Armenian Youth Federation (AYF) who interrupted a live filming of the talk show that took place in the Little Theatre in Nordhoff Hall.

Halfway through the filming, a group of Armenian protesters went into the theatre and wanted to make it clear they took offense to the name of the talk show.

This is not the first time the people at “The Young Turks” have had to respond to criticism over the name as it relates to the Armenian genocide.

In a tweet earlier this year, Kasparian, who is Armenian, posted an explanation of the name in attempts to reassure her fellow Armenians that it is unrelated.

After the filming, protestor Razmig Maavanin explained why he was offended by the name of the show.

“We don’t have a problem with the show necessarily, is just the name” Maavanin said. “The genocide that was committed against the Armenians by the Turkish government, was under the Young Turks political party.”

In an email to The Sundial a TYT spokesperson stressed their stance on the situation.

“The name of the show does not refer to any specific, historical incarnation of The Young Turks. Our show reflects the American Heritage Dictionary definition: ‘Young, progressive or insurgent member of an institution, movement or political party; young person who rebels against authority or societal expectations.’ Our anti-establishment ethos makes us Rebel Headquarters for anyone who’s tired of the same bought-and-paid-for establishment politicians,” they said.

Students can also watch a report in which Kasparian displays TYT’s transparency on the issue.