CSUN holds a post-election panel led by The Young Turks 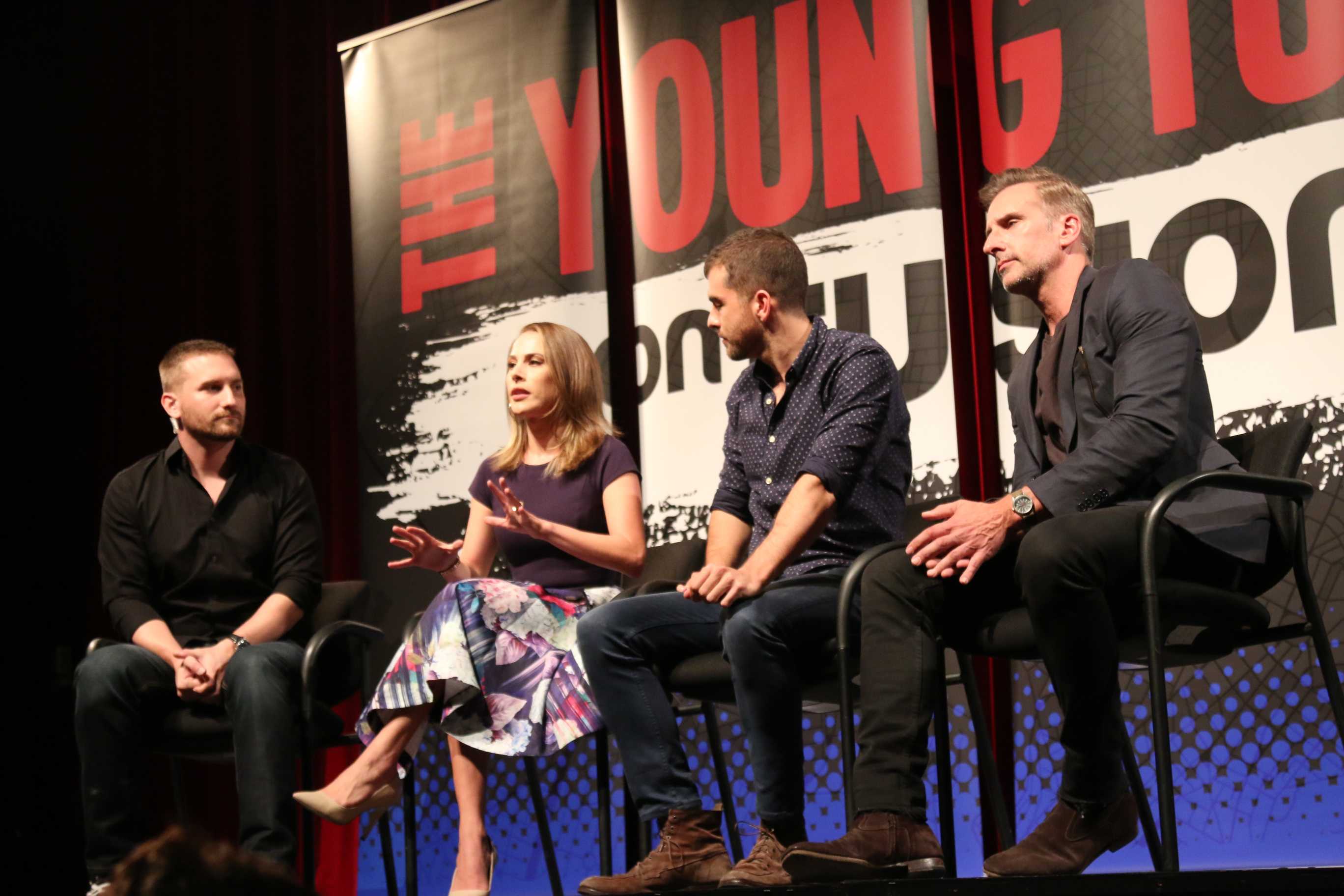 “The Young Turks” (TYT) on Fusion held a live showing of the web series at the Little Theatre in Nordhoff Hall Wednesday night to discuss the results of the 2016 presidential election.

“The DNC [Democratic National Committee] went out of its way, they had already selected [Democratic candidate] Hillary Clinton as the nominee,” said Kasparian, looking at the Democratic Party as having ruined the election for themselves.

As revealed by WikiLeaks, Clinton was seen to have been favored by the DNC over her primary opponent Bernie Sanders.

During a Q&A session of the show with CSUN students, two outbursts about the show title occurred. Young Turks were a political movement in Turkey that caused the deaths of 1.5 million Armenians in 1915, known as the Armenian Genocide. The Turkish government denies the genocide happened, and some critics of TYT have called the show’s host Cenk Uyger a Armenian Genocide denier.

“I would never in a million years, work for a man who denies the genocide, work for a show that takes on a name that has a negative meaning,” Kasparian said, speaking to the heckler and to the audience. “So, I just want you guys to understand that has nothing to do with Turks or Armenians, it has to do with independent media challenging those in power, challenging those who are a part of the status quo and part of the establishment.”

Upon returning to the conversation of the consequences of the election, Iadarola went back to criticizing the DNC and its role in failing to win control over the government.

He criticized DNC interim chairwoman Donna Brazile, who was recently revealed to have sent questions before a town hall primary debate to Clinton, of not feeling worried about losing her job.

“If you can keep your job after losing the presidency, control the senate, more seats in the house, more state legislatures, more governorships,” Iadarola said. “At what point do you have that job taken away from you? In other countries, they have votes of no confidence, does anyone in the room have confidence in the leadership of the Democratic party right now?”

Some students in the audience responded back, “No.”

Jerry Mendez, 19, cinema and television arts major and junior, said he thought the TYT event gave him a new perspective on events occurring in the United States, but said he feels worried as part of a minority group.

“The power that Trump has is terrifying,” Mendez said. “There’s check and balances, but Republicans are running the Congress and Senate. Just terrified, disappointed, shocked.”

His friend Rubie Magallanes, ELPS graduate student, 25, heard of TYT through her sister, who she said is a fan.

“Yesterday I thought it was going to be a very different discussion,” Magallanes said about the aftermath of the election. “I feel like a lot of people are very scared. The issues taken on immigration and abortion scares me.”

Given the protests at CSUN and across the country, the frustration will continue, said Vila.

“It’s an interesting undercurrent that you’re seeing in certain sections of American society,” Vila said. “There’s just a huge amount of frustration and mistrust and of general rage toward anything that is perceived to be a powerful, cultural elite political power. You know the generalized blind rage toward it.”