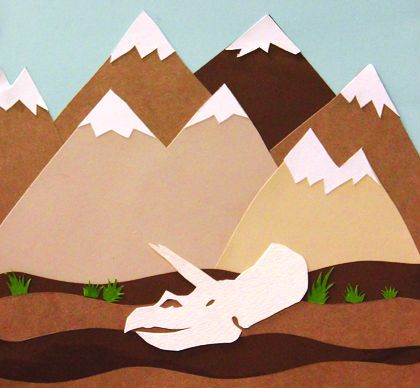 Court documents revealed that Mark Armitage, who identifies as an evangelical Christian, alleged he was terminated by CSUN after publishing his findings, which supported his young-earth creationist beliefs.

The payout resolved a two-year-old lawsuit brought forth by the plaintiff, Armitage, who posted a Youtube video to announce his financial settlement with the university.

Armitage was employed by CSUN as a microscopist, and lab instructor back in 2010, and according to the lawsuit, his creationist views were known to members of the biology department prior to being offered the position.

During an evacuation dig in 2012, at the Hell Creek Formation site in Montana, Armitage unearthed the largest triceratops horn ever found at the site.

According to court documents, when he examined the horn under a microscope, he discovered layers of preserved soft tissues still remaining that looked alive.

His discovery suggested that dinosaurs roamed the earth only thousands of years ago, rather than millions, which means the Earth is a lot younger than the general scientific community has theorized.

The Youtube video posted by Armitage stated he was,“Suddenly terminated by the Biology department once his paper was published in the prestigious journal Acta Histochemica.”

Armitage was told by CSUN that his termination was due to budgetary concerns and lack of funding.

Armitage’s attorney, Alan Reinach, stated in an interview that the charges made against the university were, “Essentially religious discrimination and retaliation.”

“Mark’s article was pure science,” Reinach said. “The article only presented his findings, and did not mention anything about his creationist beliefs.”

Another defendant in the case was CSUN biology professor, Dr. Ernest Kwok, who became Armitage’s new supervisor in June 2012.

The lawsuit stated that in the weeks leading up to his termination, Dr. Kwok confronted Armitage while in his lab, and allegedly shouted, “We are not going to tolerate your religion in this department.”

“He took an open-minded approach to his discovery,” Reinach said. “But other faculty members were much more dogmatic about the implications of this discovery.”

Reinach also suggested that others had certainly witnessed evidence of hostility towards creationism within the biology department.

“Let the evidence be examined on its own merits,” said Reinach, in reference to Armitage’s scientific findings.

He also noted that the fact that the university was more than willing to talk number’s meant that they knew the risk involved if the case were to go to trial.

“We are not aware of any other cases where a creationist has received a favorable outcome,” Reinach said. “This was truly a historic case.”

In an emailed statement, the director of media relations at CSUN, Carmen Ramos Chandler said that “California State University, Northridge is firmly committed to upholding academic freedom, free speech and a respect for all religious beliefs. We have a long history of welcoming a diversity of perspectives and championing free thought and discovery within our academic environment.”

As for the lawsuit settlement, the emailed statement issued by CSUN said, “The Superior Court did not rule on the merits of Mr. Armitage’s complaint, and this voluntary settlement is not an indication of any wrongdoing. The decision to settle was based on a desire to avoid the costs involved in a protracted legal battle, including manpower, time and state dollars.”

In the Youtube video announcing his court awarded settlement, Armitage is quoted saying that, “He was thrilled with the settlement and to have been vindicated in a court of law.”