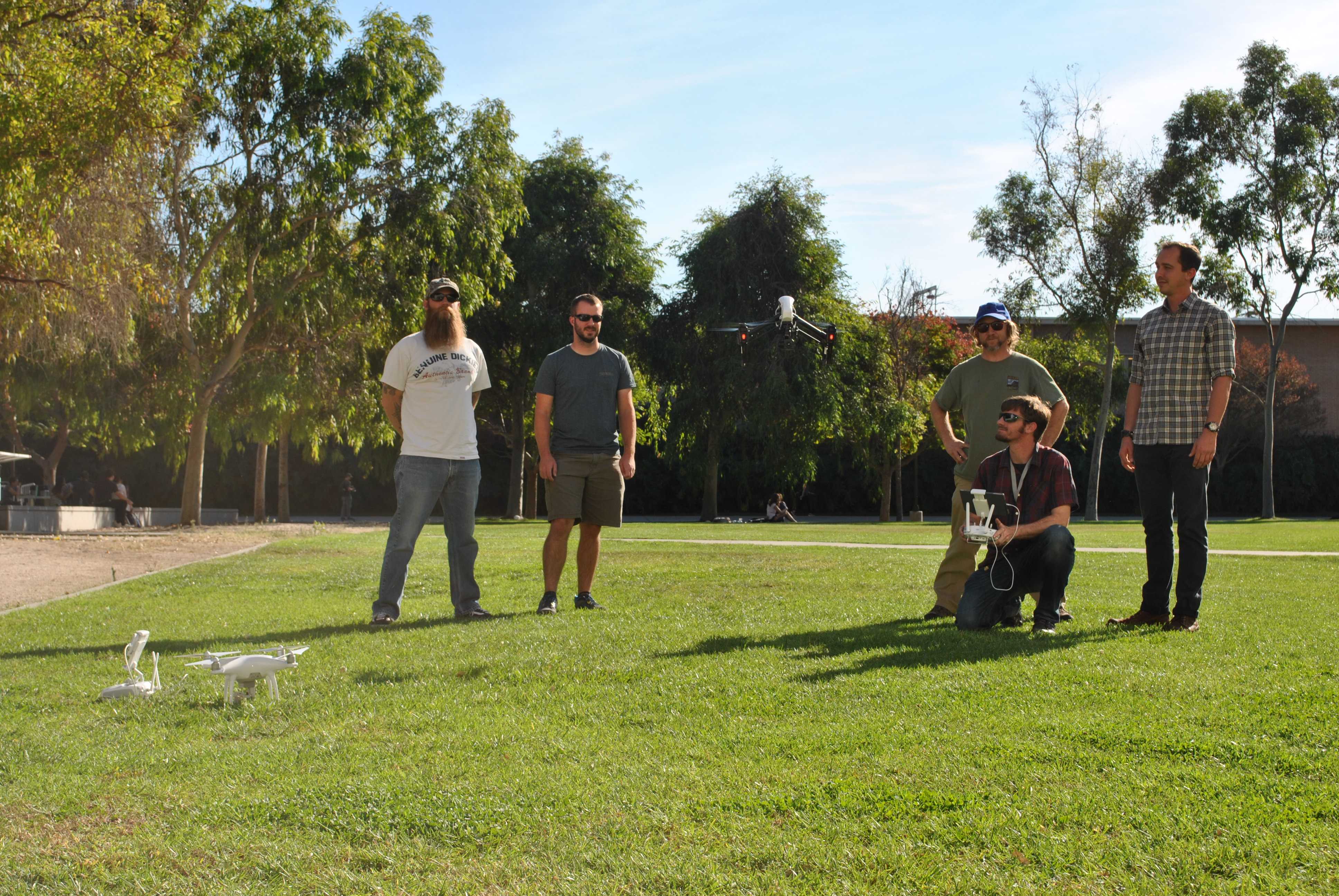 CSUN Geography Club members use drones to collect data unique to their interests and study areas, advancing their research projects in the environment.

Members want to encourage other students to engage in drone usage so that it becomes a part of the university’s curriculum.

The geography club has enjoyed the exposure to drone operations, however, the benefits of adding drone technology to a research project aren’t well known–which is why the club is advocating the potential implementation of a drone program within the geography department.

Marcella Rose, president of the geography club, said she hopes the group can promote awareness of the benefits of using drone technology.

“Drone technology can advance a research project immensely, and the professional aspect of knowing how to operate and process drone data is a highly sought after skill,” Rose said.

Rose said geography students are in a unique position with the applications they use drone technology for, which puts them at an advantage in the academic and professional sectors. Some of these applications include 3D mapping and thermal imaging.

According to Sean Robison, a graduate student and member of the geography club, applications are used for scientific research, to visualize your surroundings and for commercial purposes. Robison said 3D rendering allows one to visualize their surroundings with the use of their computer by creating a three-dimensional model of the world.

“In the old days, if you wanted to get an image of the land around you, you either needed a satellite or an airplane. Those are super expensive, so collecting this type of imagery was not feasible for students or people without a lot of money, but drones changed that,” Robison said. “It’s not just the drones, it’s the sensors, the cameras that go on them, it’s the software [that makes an impact].”

Data acquired from the drones can be used in a variety of ways that can help the environment.

Amalie Orme, a geography professor at CSUN often involved with the club’s projects, said she hopes an upcoming project proposal involving flying drones to determine which areas on campus are cooler or hotter can be approved by the chancellor’s office. According to Orme, this is very important if the campus continues to become more sustainable and wants to use energy more efficiently.

“We’re putting together a portfolio to show the public what we can do here, this is very innovative work, we are the only people on campus doing this,” Orme said. “There are people on campus who have drones, but basically they are just flying over areas to have a look at them, we’re actually quantifying the landscape.”

In addition, Orme said a number of students in her classes who have bought drones after participating with them in her field studies classes in which students track geomorphic changes in the Upper Owen’s River.

“Students have been so excited about being able to fly over areas and get information because as geographers we are interested in the landscape and all of its changes,” Orme said.

Past and current projects done by the geography members include mapping sand dune migration, mapping flood plains in the Eastern Sierras, and studying black bears in Minnesota.

“We got approval from the lead biologist to do a drone project to see how bears behave with a drone operating nearby and are hoping to carry out that study soon,” Rose said.

Nicholas Hager, a geography club member said, “We’re hoping that a lot more people get involved with using these drones because it can be used in a lot of different research, a lot of scientific fields, a lot of water resources management, and it’s all based on geography, place, time, and skill.”