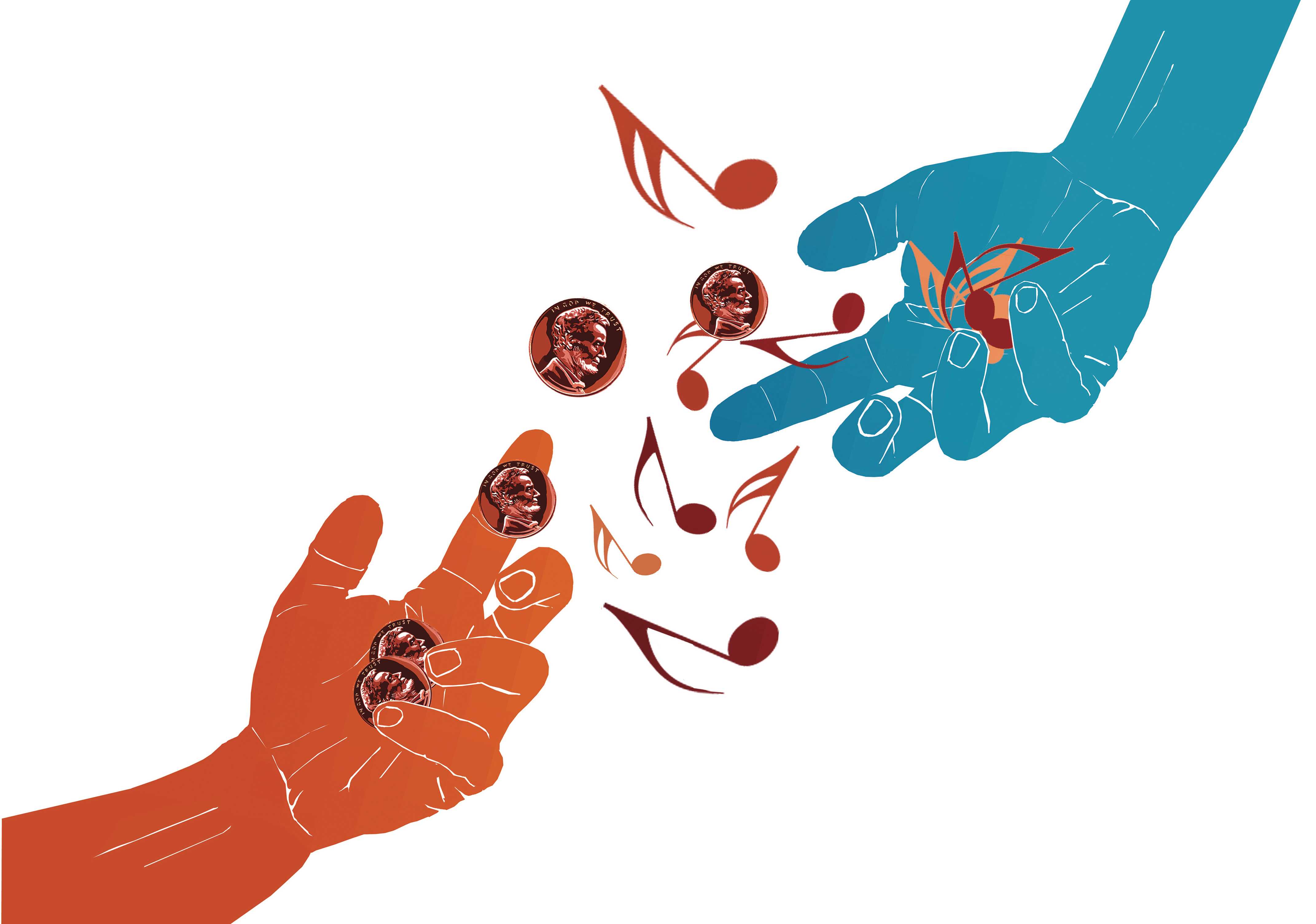 In today’s technological world, music is as accessible as ever, and one of the easiest and most convenient ways to listen to music is through online streaming services.

There are countless music streaming services including Spotify, Apple Music, Tidal, Pandora, SoundCloud along with others.

These streaming services all offer the same general product, with a few differences in terms of formatting, music selection, variety, organization, and other key factors that are extremely important to millennials.

“Now that I have Apple Music, I can’t find mixtapes and that’s something that Spotify did have and it seems like Apple Music is just all about albums only,” Losoyo said.

Certain artists now see how big of a market streaming is and are using these services as the only ways to release their music.

Kanye West released his newest album, “The Life Of Pablo,” as a Tidal exclusive. Chance The Rapper gave Apple Music exclusive rights to his new album, “Coloring Book,” for two weeks before it was released everywhere.

Each of these services offer some sort of competitive advantage over the others whether it is exclusive rights to a certain artist’s music or the opportunity to hear a new song every single day.

Pandora was one of the earlier streaming services as it began in the year 2000, however, it took a few years for it to gain popularity. Since then, countless others have emerged, creating a war between services.

Apple Music, which was released less than a year ago, has gained massive popularity as it offers a free three month trial to iTunes users.

Apple’s streaming service is viable because it has so much music and offers so much variety. The problem is that there is also a lot of unofficially released music that Apple does not have, namely mixtapes.

Jovon Riggins, a CSUN graduate student, uses both Spotify and Apple Music. He began using Apple Music because of the free trial, but began using Spotify because Apple Music isn’t compatible with his Android phone.

“For Apple Music, I like how they have their playlists set up and they update them pretty regularly so I can just pick a playlist and not have to worry about skipping songs,” Riggins said.

Spotify sets itself apart with its unique playlists and overall organization. An interesting feature Spotify boasts is the running tool that can detect when you are running and will play songs that can match your speed.

“Organization wise, its more accessible on Spotify than it is on Apple Music, but I’m only half a year on Apple Music so I’m still getting used to it,” Losoyo said.

Google Play music provides access to over 35 million songs, and works as a media player. You can upload up to 50,000 songs from your personal music library, and play your music on any device.

Lindsay Greene, an early education major, started using Google Play music because of the bonus feature that allows you to upload your iTunes library to the cloud.

“I really liked that I was able to store all my music in the cloud for free,” Greene said. “I can basically listen to anything from my iTunes on my phone anywhere I go.”

Tidal is owned by artists of all genres including Jay-Z, Daft Punk, Madonna, Jack White, Chris Martin, Jason Aldean, among several others.

CSUN alum Webster Heath only uses SoundCloud for streaming music because it’s the only platform that has the music he listens to.

“The majority of what I listen to are individual tracks that DJs put on their SoundCloud,” Heath said. “The artists I like don’t release albums on iTunes and can’t be found on Spotify so SoundCloud is the only way to listen to music that I enjoy.”