Alpha Psi Rho fundraises for underprivileged youth in the Philippines 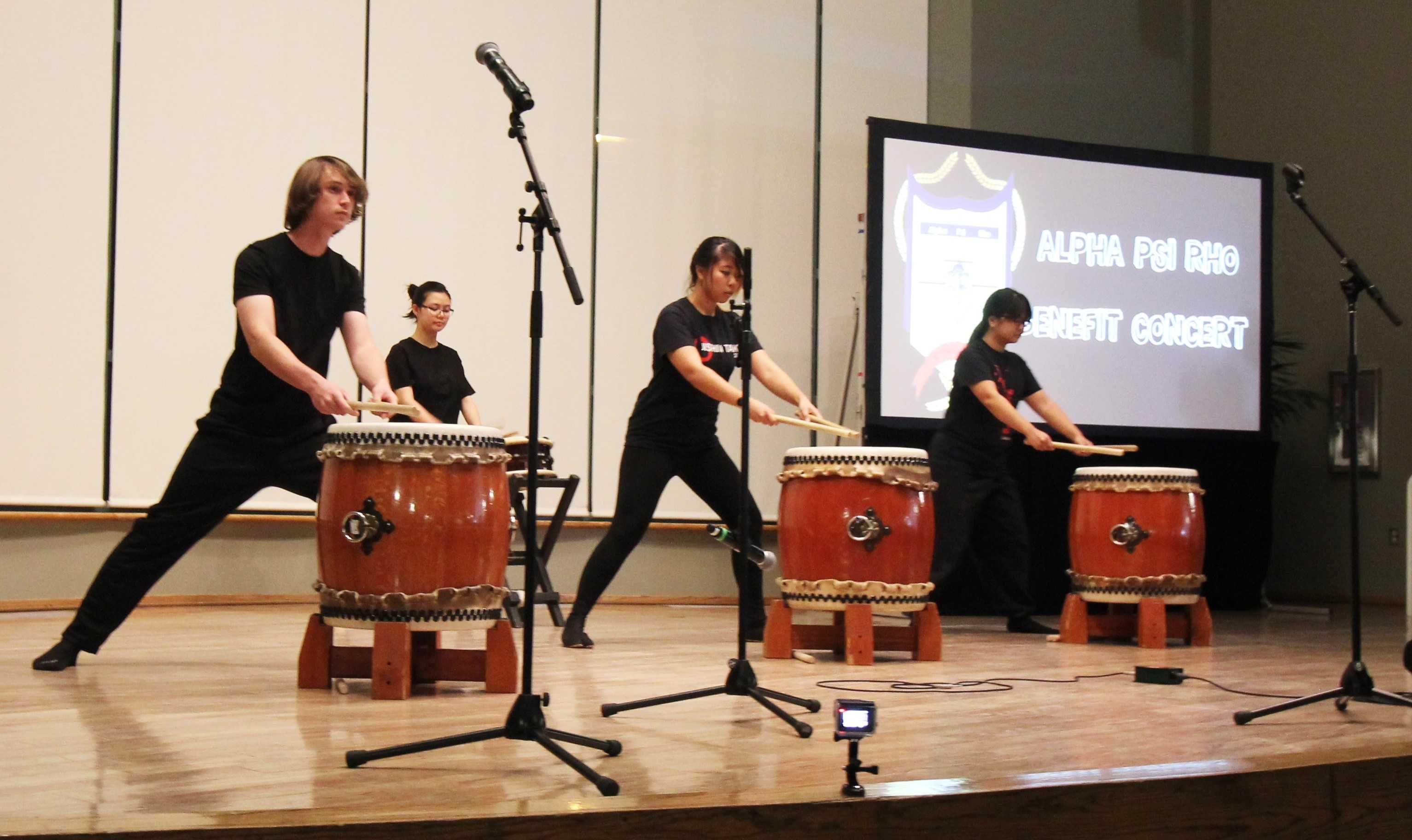 The rhythmic sounds of Japanese drumming gave start to a series of musical performances at a benefit concert on Thursday night that not only sought to entertain, but shed light on social issues overseas.

CSUN’s Alpha Psi Rho Beta Chapter hosted the event in the Grand Salon in coordination with the Yellow Boat of Hope Foundation (YBOH), a non-profit organization based in the Philippines.

Patrick-Raphael Perez, Alpha Psi Rho’s president for the 2016-2017 year, said they work with this group specifically due to the fraternity’s Asian Pacific Islander interest and their national philanthropy focus is to empower the youth.

“We hope to raise awareness about youth in other countries that experience real life problems that we don’t know about,” Perez said. “Here in America we have so many privileges that we forget to understand what life is like in third-world countries.”

The concert showcased some of CSUN’s talents like the the CSUN Hip-Hop Team, Salsa Libre, and the FASA MODERN (aka FASMODE) Dance crew as well as EVMB, a beatboxer out of Los Angeles.

Cultural touches were also sprinkled throughout as they sold Spam musubi, composed of a slice of grilled Spam on top of a block of rice, and music performances like Aloha Hula , celebrating the Polynesian culture through song and dance and CSUN’s Jishin Taiko Ensemble, a Japanese drumming group.

“There is great value in identifying yourself with the culture you grew up with because It can help bring brotherhood that you otherwise wouldn’t have known and that is what we offer,” Perez said.

Guests also enjoyed a photo booth and the event’s own Snapchat filter while recording their favorite acts, including the Mannequin challenge that took over the stage.

Mikayla Tesoro, a biology major and one of the performers, grew up in the Philippines and said the work that YBOH does is necessary because schools are not well taken care of and often inaccessible.

“I have seen how hard it is to get an education over there and most of those students wouldn’t be able to make it to school otherwise because it’s really hard to afford the rides and even the uniforms,” Tesoro said.

The event hoped to raise $100 overall in donations, but fell a bit short raising roughly $80. However, Jason Boñaga, vice president of public relations for YBOH said raising money is always great, but it is more important to connect with students and relay the message.

“It’s not just about getting money, but about how many people we touched and inspired here at CSUN to stand up for those who don’t have much,” Boñaga said. “We wouldn’t be here right now if we only cared about how much in donations people can give.

Throughout the six years the foundation has existed, it has built five schools, a women’s shelter, two dormitories, thousands of yellow boats in over 52 communities and provided medical and dental services. In the future, Boñaga said they also hope to expand to other countries to help them as well.