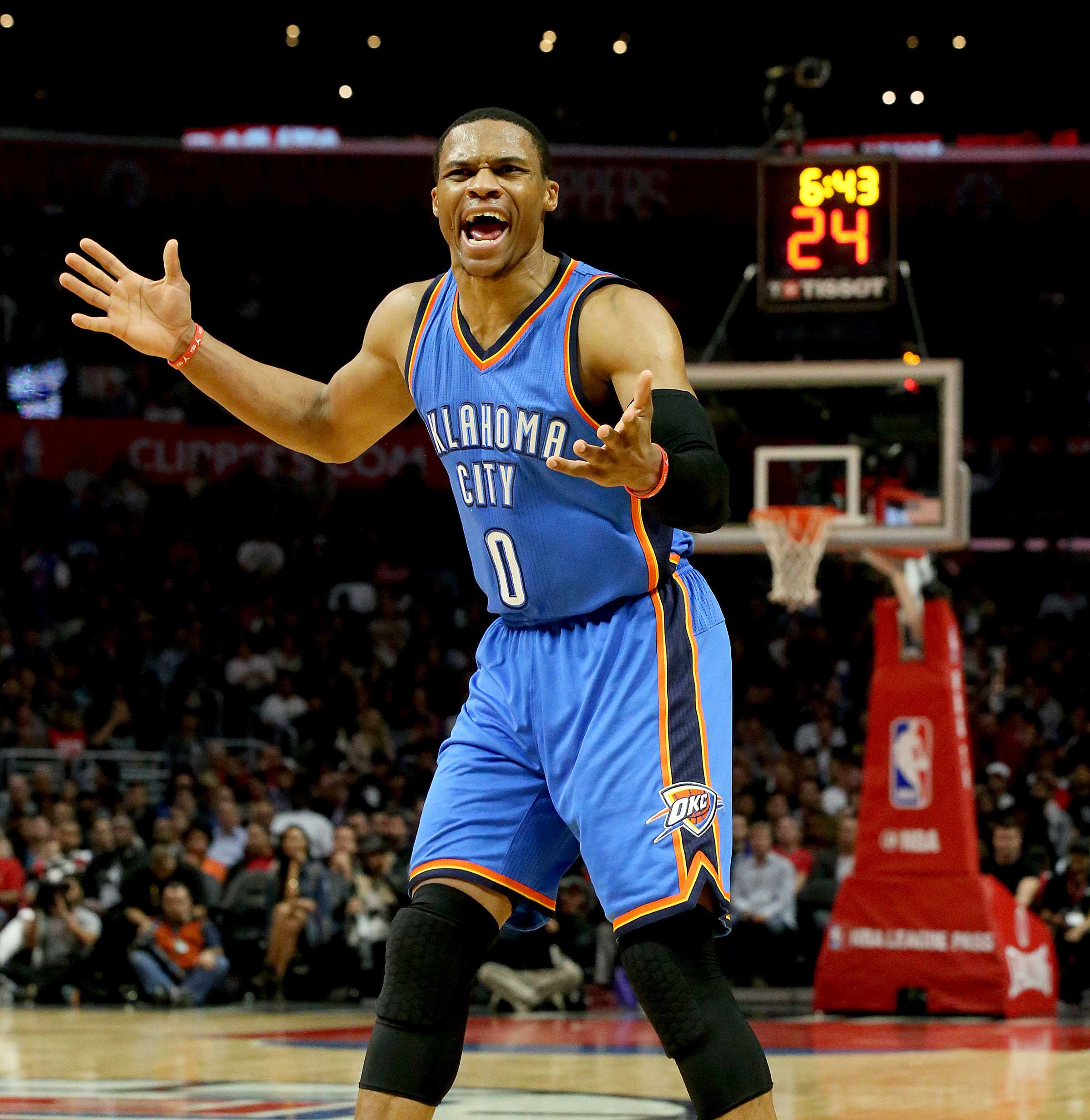 The Oklahoma City Thunder's Russell Westbrook complains to officials about a foul that he thought should be called against the Los Angeles Clippers in the third quarter on Wednesday, Nov. 2, 2016, at Staples Center in Los Angeles. The Thunder won, 85-83. (Luis Sinco/Los Angeles Times/TNS)

The NBA season is still new, but so far there are two players who have made a case for MVP, and if you play fantasy basketball, have been the best pickups so far.

Russell Westbrook and Anthony Davis are off to unbelievable starts to their season. The Thunder have six wins in ten games and the Pelicans have only one in ten games. The Thunder may have a decent record, and the Pelicans are off to a bad start, but these two have been putting up all-star numbers so far. Westbrook is averaging 31.9 points, 10.1 assists, and 9.2 rebounds in this early season, Davis is averaging 31.1 points, 10.7 rebounds, and 3 blocks.

Westbrook is on pace to join the Big O, Oscar Robertson as the only player to ever average a triple double in the history of the NBA. With his start he could break into the top 10 of all time triple double leaders, and possibly find himself in the top five behind only the Big O, Magic Johnson, Jason Kidd, and maybe Wilt Chamberlin. This could be a historic season for him that not only sees him average a triple double, find himself in the top five all time triple doubles, but even see himself crowned as the MVP of the league. We could see him break the most triple doubles in a season record he currently shares with Magic Johnson.

Anthony Davis joined Jordan as the only two players to ever score more than 90 points in the first two games in the season. The last time this happened was the 1986-87 season when Jordan scored 50 points in the first game against the Knicks and then scored 41 points in the second game against Cleveland with both being on the road. Davis scored 50 points against the Nuggets and then had 45 points against the Warriors. Both games were played in New Orleans. The way the season has started for Davis, we could see him become part of more conversations than just MVP. He should go down as the front runner for the defensive player of the year award and he could also win the most improved player award. Davis could have the breakout year many expected him to have last season, and he could see his role on the Pelicans begin to mirror that of Westbrook’s in Oklahoma.

Now unless injuries stop either of the two, this could be a very special season for both of these players. I am not saying that they could win the NBA title in June, but their squads could be dark horse playoff teams that the higher ranked teams do not want to play against in a seven-game series. These two will make the NBA season interesting to watch, and when your team plays against them, enjoy seeing how your guys stack up to the superstars of the league. Enjoy this season they will have; we may not see anything like it again for a couple of years or until we get the next batch of superstars.