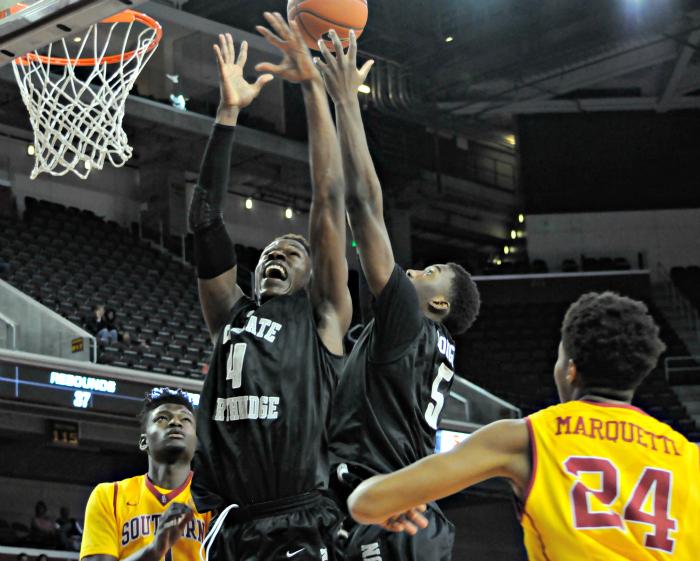 CSUN players fight for the rebound against USC defenders as the Matadors faced the USC Trojans at the Galen Center on Nov. 23. CSUN lost 96-61 in its fifth non-conference game. File Photo/The Sundial

The Matadors arrived to their game against Stanford a confident bunch, sticking with the No. 16 ranked team in the nation, the UCLA Bruins two nights before in a game that saw CSUN earn a second half lead.

They were brought back to earth Tuesday night as they dropped their second road game of the season, 96-69, brining their record to 1-2. Stanford, now 2-0, was lead by junior forward Reid Travis who scored 19 points and grabbed seven rebounds.

CSUN was led by junior guard Kendall Smith who had 17 points. The only other Matador in double figures was fellow junior guard Jerron Wilbut with 10 points.

The Matadors had trouble taking care of the ball, as they finished the game with 20 turnovers that led to 28 points off of those turnovers for Stanford. CSUN has also had their fair share of defensive problems this season as they gave up 107 points to UCLA and 96 points to Stanford.

CSUN will have some time to regroup until their next game against Northern Illinois on Nov. 19. The team will be glad to be back home after their two-game Pac 12 road trip and look to bounce back against the 2-0 Huskies. Tip-off will be in the Matadome at 8 p.m.