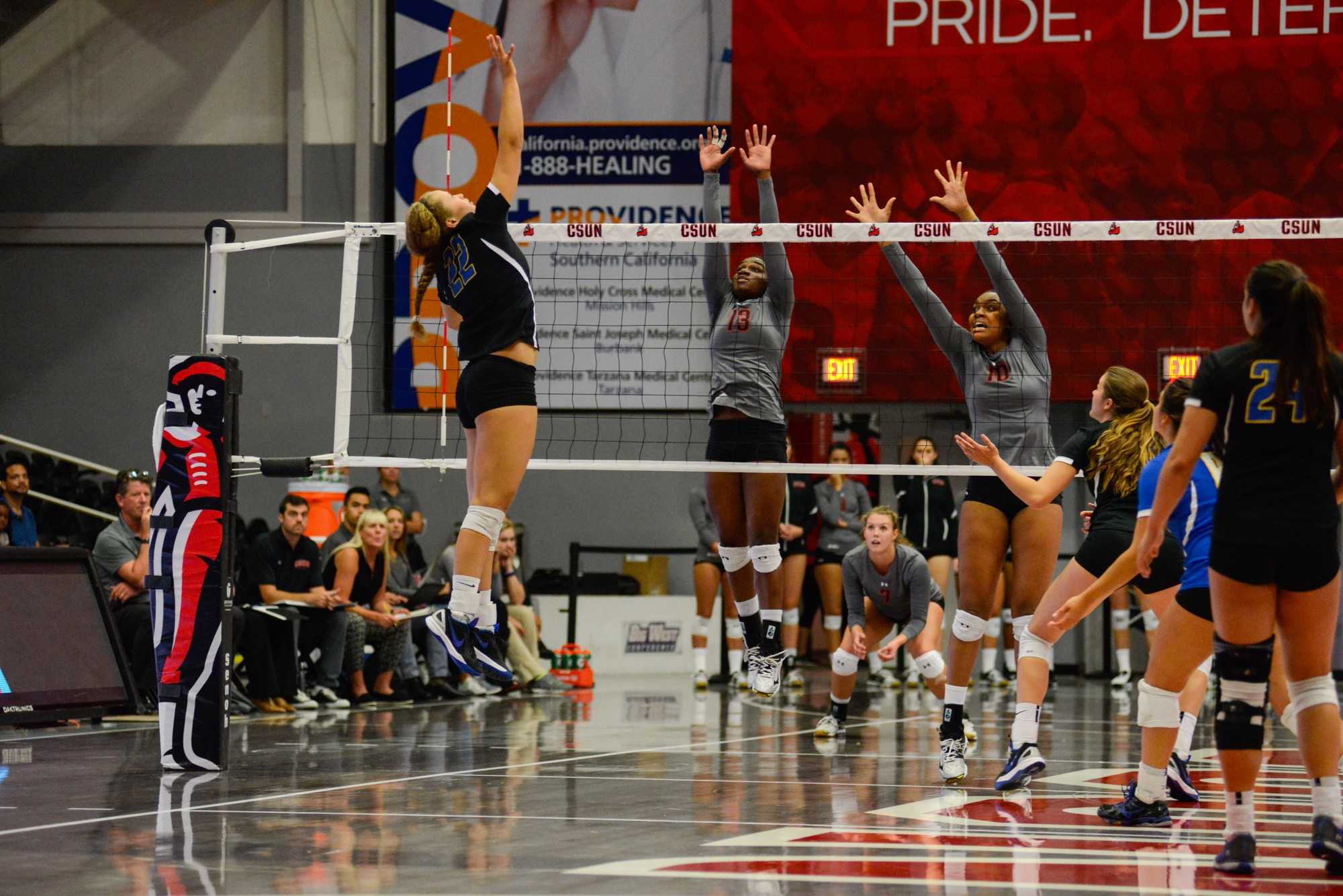 The Matadors went down in the first set, but not without a fight, leading by seven to eight points until UCR managed to win the set with two extra points, 27-25.

In set two, CSUN held their composure and played with a solid game plan as they started with a four-point lead (16-12), later pushing it to a five-point lead (19-14). The Highlanders unable to bounce back, were swept by CSUN (25-17).

Sophomore outside hitter Aeryn Owens pushed that lead to 17-11 with an ace. UCR attempted to close the gap by scoring three points (17-14), but Highlander hitting errors contributed to CSUN’s win of the third set with a score of 25-19.

The Highlanders appeared to have regained the momentum they had in the first set as they started with an 11-9 lead in the fourth set. Sophomore libero Kristey Markle gave CSUN a 5-0 run, cutting UCR’s lead short and handing it over to the Matadors (14-11) for the remainder of the set. CSUN closed the match with a score of 25-20.

Owens left it all on the court, including a career-high 27 kills to assist in the team’s victory. The Matadors hit a season-best .356 with 63 kills on 146 swings and only 11 errors.