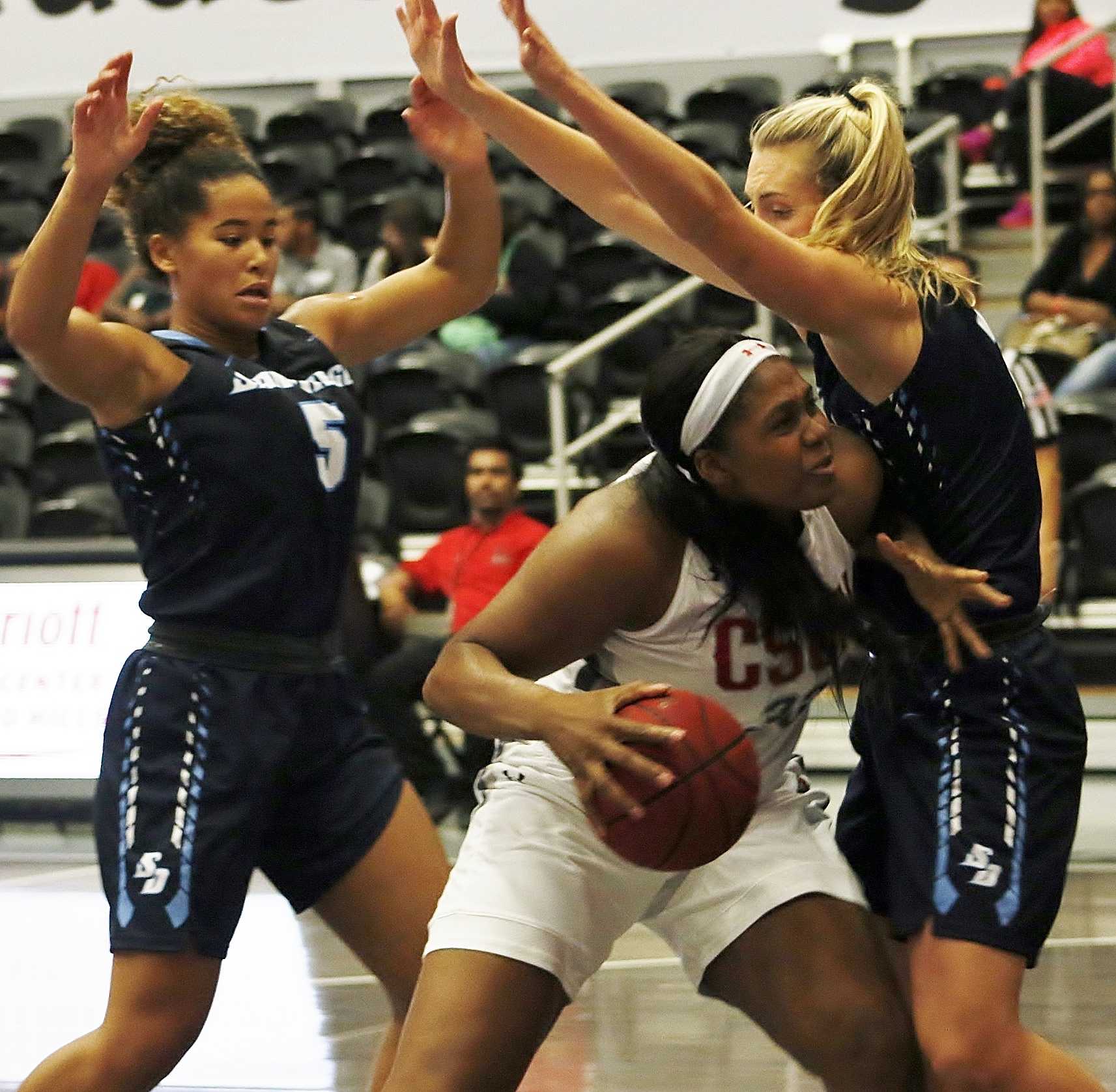 The CSUN women’s basketball team (2-1) rallied against Fresno State late in the fourth to secure the 61-57 non-conference win in Fresno Friday night.

Coming off a tough home loss against San Diego earlier this week, the Matadors looked to rebound against the Bulldogs and not make losing a habit.

The Matadors came out flat, shooting 18.4% from the field and going into halftime down 33-18.

This was the biggest deficit that the Matadors had to face this year heading in to the break.

To begin the second half, junior Serafina Maulupe immediately hit a three-pointer, was fouled on the play and hit the free throw to cut the lead to 11.

The Matadors showed some heart and outscored the Bulldogs 17-11 in the third to get within nine points heading into the last and final period of play.

In the fourth, after a pair of Bulldog free throws, the Matadors went on an incredible run. Freshman Hayley Tanabe hit one of her three, three-pointers, junior Tessa Boagni hit a free throw, and sophomore Cheyenne Allen hit a three-pointer. Trailing 54-50, Boagni hit an easy 10 footer accompanied by another one of Maulupe’s three’s to give CSUN a 55-54 lead with 2:24 to play.

In the last couple minutes, Boagni and Maulupe hit some crucial free throws going four for six at stripe and sealing the victory for the Matadors.

The littlest player out on the court, Tanabe, showed the biggest heart, playing a career and game high 38 minutes. She shot 50 percent from the field and drained three shots behind the arc while adding four rebounds and four assists.

Fluker was unstoppable on the boards, matching a career best with 19 and chipping in 12 points to add to her list of double-doubles with three, in as many games.

The Matadors will head further north in another road game as they face off against No. 10 Stanford today at 11:30 a.m. at Maples Pavilion.