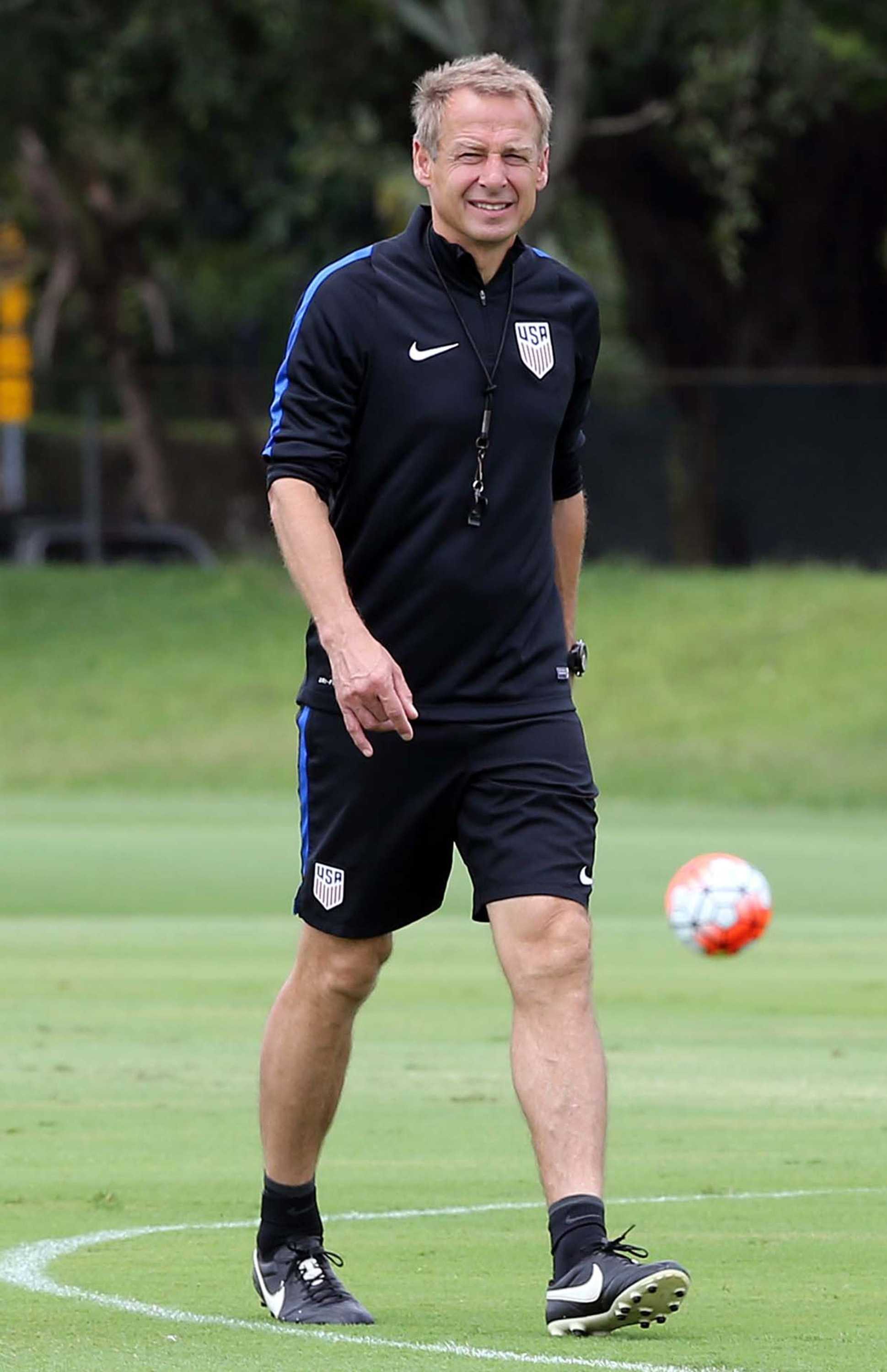 United States national team head coach Jurgen Klinsmann during a training session on Tuesday, May 17, 2016, at Barry University in Miami as the team prepares for a friendly against Puerto Rico on May 22 in Bayamon, P.R. (Pedro Portal/Miami Herald/TNS)

The United States men’s soccer team had a historic last week, when they lost to Mexico and Costa Rica in their opening qualifiers for the 2018 World Cup in Russia. These two results led to the firing of current coach Jurgen Klinsmann after five years in charge.

This comes as a huge surprise as the President of the United States Soccer Federation Sunil Gulati has stood by Klinsmann since his hiring. This was the guy Gulati has always wanted as his head coach, and to suddenly fire him has been shocking. As of right now the U.S. does not have a replacement yet for Klinsmann, but it seems LA Galaxy coach and general manager Bruce Arenas will be taking over the national team again.

Looking back at the five years Klinsmann has been in charge of the national team, we can look back and see if he was successful or a failure.

He leaves the post with 55 wins, 27 losses, and 16 draws in five years of competitive play. Under Klinsmann the U.S. team advanced from the 2014 World Cup group stage and reached the semifinal of the 2016 Copa America Centenario.

Yet his failures are much bigger, as the team came in fifth place in the 2015 Gold Cup, and then lost to Mexico in the home and home playoff to determine who would represent the CONCACAF in the 2018 Confederate Cup in Russia. The biggest failure for Klinsmann has to be that the US has not actually improved to the level of the top level countries. He also did not improve the youth program as they failed to reach the Olympics at Rio.

Klinsmann will be looked at as a successful coach in his tenure as the team did reach certain goals under him. We saw the team continue to get out of the group stage in the World Cup and a semifinal finish in a tournament that included the COMEBOL.

Yet his failures will make his time as the coach of the U.S. a failure to fans. His team failed to compete against some of the strongest squads in the world. In the Copa America Centenario the U.S. was completely picked apart by Argentina. As mentioned earlier, the sub-23 squad lost to Colombia and did not make it to the Rio Olympics, something Klinsmann promised to improve.

During his time none of the sub squads improved and neither did the A team. His failure to keep his promises and the bad showing in the last two games caused the U.S. federation to finally decide it was time to move on and find a coach who will help improve the national team, making them capable of competing against Brazil, Argentina, Spain, Italy, and all the other elite teams in the world.