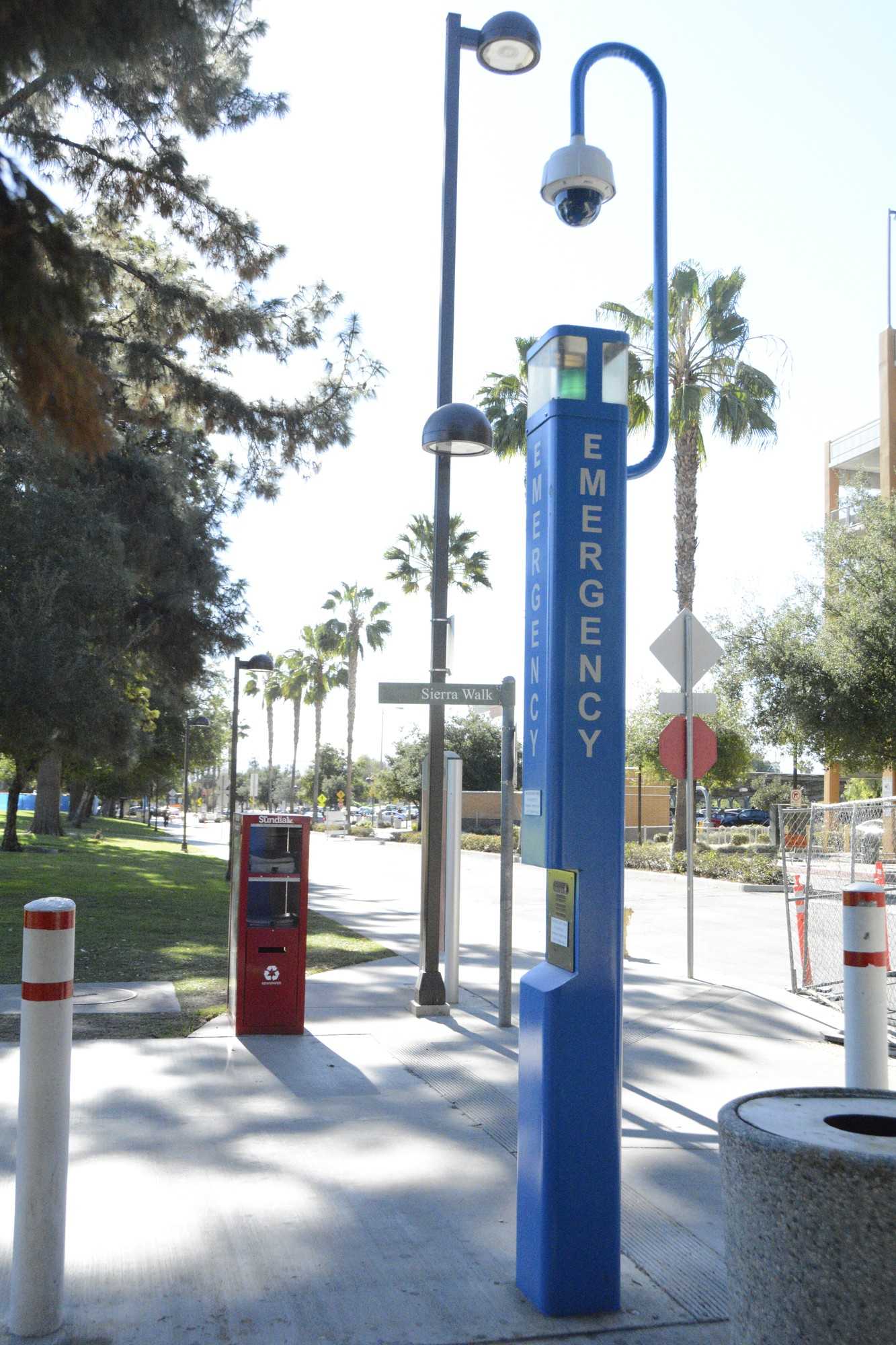 Many students have seen the blue emergency light boxes scattered all throughout the campus, but a majority of those who see them every day have not used one.

According to Christina Villalobos, public information officer for CSUN Department of Police Services, 20,665 reports were processed in 2015. Of those reports, 8,023 were made by telephone calls, 276 were made by transfers from 911 calls, and 272 were made from the blue light boxes on campus.

There are 91 blue emergency boxes across campus which connect users directly to a 911 dispatcher on speakerphone when the button on the front of the box is pressed. The box also informs the dispatcher of the caller’s location.

According to a PDF about the boxes, lights on top of them flash when they are in use to attract attention and are automatically lit after dark.

Villalobos said the boxes are especially useful when it comes to their accessibility.

“They provide a means of contacting police in a situation when someone’s cell phone may not be working or easy to get to,” Villalobos said.

Junior marketing major Nidia Gutierrez says the accessibility is one of the most important features of the box.

“It makes you feel safer knowing you can just run to one if you need it,” Gutierrez said.

There are also four teletypewriter, or TTY, call boxes located around campus that are equipped with a keypad that allows users to type messages to a dispatcher. The TTY call boxes are designed to assist CSUN’s deaf and hard of hearing community who may not be able to utilize the speakerphone on the blue emergency boxes.

Although undeclared freshman Justin Jones has never used one of the boxes himself, he said they help him feel safer on campus.

“I think it’s important that we know we have somewhere we can go in an emergency,” Jones said.

Senior computer engineering major Giovanni Cordero said the boxes do not make him feel that much safer, but he still sees the advantages.

Cordero also said he feels he could trust the boxes to help if he needed them in an emergency.

Neither Jones nor Cordero said they’ve ever used one of the call boxes, and a majority of reports aren’t being made through them.