A ride with Jane Eyre 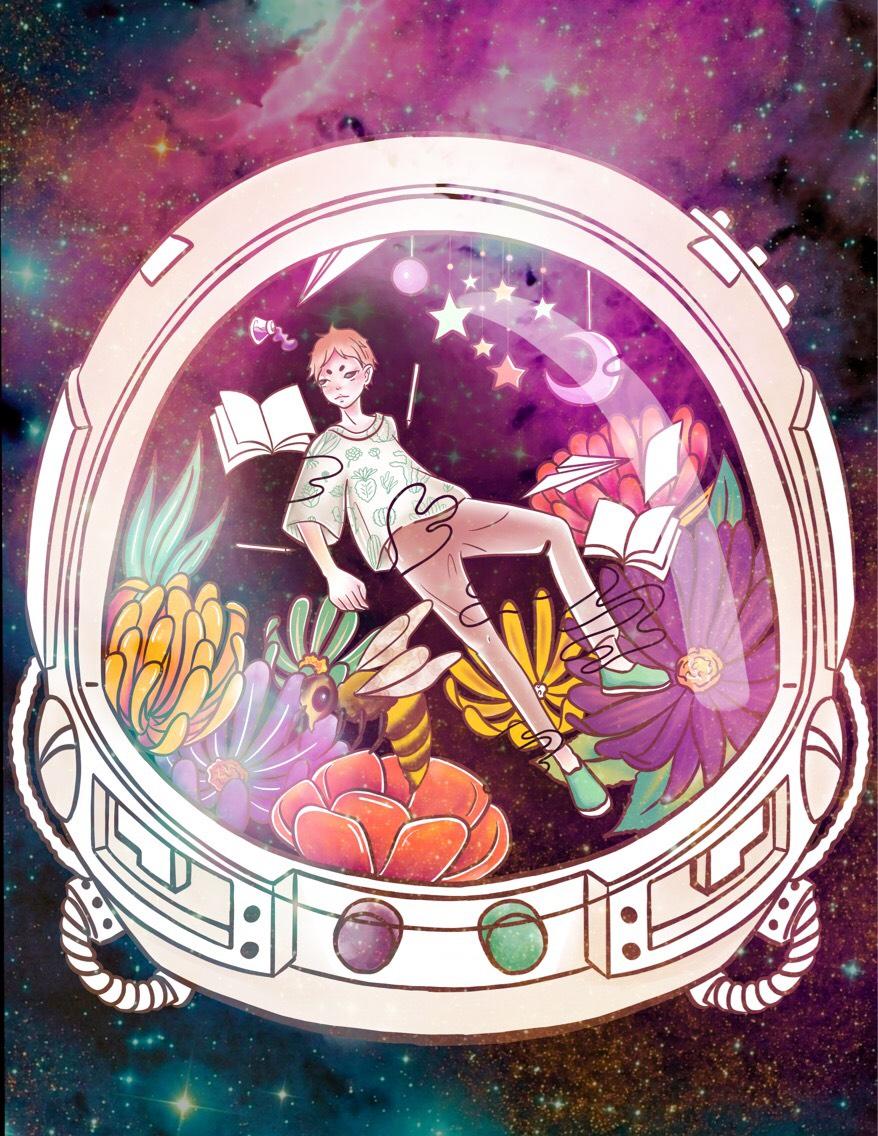 Jane Eyre sat shotgun as I drove home from school the other day. Her right hand clung to the edge of the bucket seat and her left hand gripped mine, in an attempt to soothe her fear of this fast moving vehicle, but occasionally I’d let it go to make a turn or change lanes. I was going under fifty on the freeway, on the fastest route with usual traffic. She eventually eased up and began to ask me a lot of questions about how cars work. Not knowing much about cars myself, I tried to explain how there’s some kind of process of combustion that occurs within the engine. She gripped my hand a little harder when I mentioned the combustion bit, but she was very curious and inquisitive about the nature and mechanics of our modern means of transportation.

“You see,” I said to her “I’m young, and I’m female. Two things that make me somewhat vulnerable in the city. But I can drive and I own this car, and that gives me a kind of power that compensates for those vulnerabilities. Now, I do also use public transportation, but this is a much more egalitarian society overall, and my traveling alone is generally respected by the people around me. Yeah, there’s the occasional jerk, but independence is highly revered in America. Even for young women.”

“And your education is quite liberal” Jane said.

“Yeah. But it’s not very thorough. To most people it’s seen more as a means to an end, the end being a job that pays more money, rather than what it should be: an opportunity to better oneself.”

“But surely it can’t be very thorough if you spend a mere 10 hours each week working at it.”

“Ah, but that’s the point. My father spends more than 50 hours every week working for his law firm. I only work 20 hours and put in 10 hours to school. What am I doing with the extra 20 hours that differentiates me from a working adult? I’m cranking out as much writing as I possibly can. I’m reading to better understand the world around me. I’m having heartfelt discussions, ramblings from the soul, with the people that are closest to me. I want to maximize not my wallet, but my heart and my head. And what are most of my classmates doing with their 20 hours?”

I reached behind the seat and into my purse, handed her my iphone and said, “They’re playing with these.”

She pointed out the fact that I had previously told her that smartphones contain more information than all of the libraries in England. I went on a long rant about the modern diminishing attention span and chemical releases in the brain that favor a quick influx of information yet retain very little. She herself was quick to understand all my points but nonetheless, she liked to play devil’s advocate.

I desperately wanted to get back to discussing her life because we were already on the 101, and I knew that by the time I’d get home to Hollywood, she’d be gone.

“I wanted to tell you how much I admired your strength and candidness. I live in a society where women are allowed much more freedom than before, but of men and women, then and now, you still have more honesty than the lot. Tell me, was it lack of fear, or was it sheer willpower?”

I let go of her hand to exit off the freeway.

“Also, when you said as a child that to avoid going to hell you must keep in good health and not die, were you afraid and said that out of wit or were you being honest and believed that you could escape it by living forever?”

I turned to look at Jane but in her place was the small, 550 page paperback, Penguin Classics edition of Jane Eyre. I parked the car in front of my home and took Jane Eyre inside.

Marja Ziemer: My name is Marja Ziemer, and I’m currently a third-year, English Literature major at CSUN. I was born and raised in the Valley and call it my home. I write for sublimation purposes and I’m a vivacious reader (if library cards could talk, mine could attest to that).