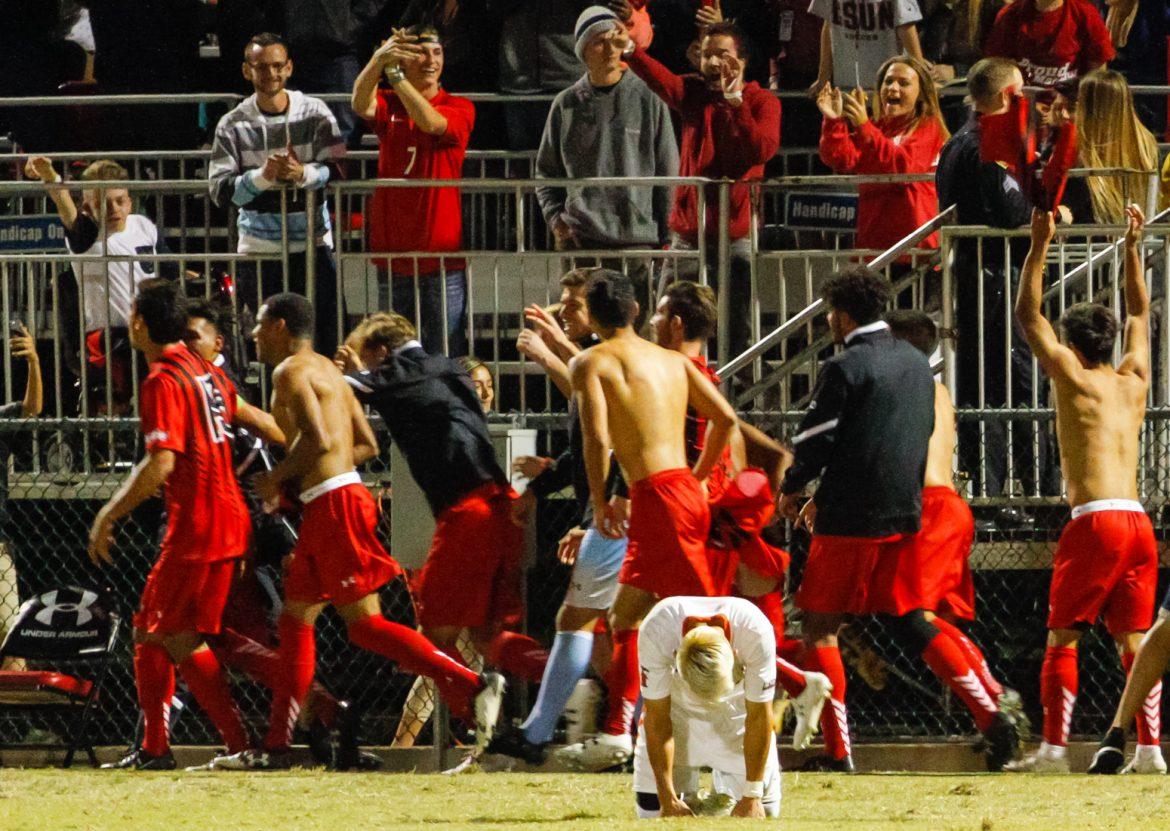 The CSUN men’s soccer team won nine games and lost five as they won a Big West South title, a Big West tournament title and an appearance in the NCAA tournament.

The season did not start off as well as the team would have liked. They began the season with two wins and four losses, including a four goal loss to UCLA.

After the start, the team only lost two more games in the season and won six games including a three game winning streak, which helped them climb back into the Big West South division title race.

The Matadors battled against Cal State Fullerton for the division title and it cae down to the final game of the season.

With the division title, the Matadors earned home field in the Big West tournament and won the title in double overtime against Sacramento State in penalties and Cal State Fullerton.

The Matadors faced off against Pacific in the NCAA tournament first round where they lost by a single goal.

Junior Jeremy Degraffenreidt said the season was full of ups and downs, like any season in soccer.

“As a team, we stayed tight and fought through the hard times, this is what made us stronger every game, and what I think gave us the ability to win the championship,” Degraffenreidt said.

In this season the Matadors won their second tournament title after a four year wait and made their seventh appearance in the NCAA tourney.

During the season plenty of players made big plays and had an amazing game, but there were those whose names appeared constantly throughout the season.

Senior goalkeeper Kevin Marquez won the Big West goalkeeper of the year award and the Big West tournament most valuable player award. Marquez is the third CSUN keeper to win the honor.

Senior defender Patrick Hickman won the Big West Defensive Player of the Year award and is the third CSUN defender to win the award.

Marquez and Hickman helped the Matadors defense to the second lowest goals allowed in the season at 23. The Matadors saw opponents score only one goal or less in 14 games thoughout the season.

Coach Terry Davila won his sixth Big West Coach of the Year award. In his 18 years at CSUN, Davila has won 160 games and 79 Big West wins which is second all time.

For next year, the team will lose six seniors who were important to the success of the team this season.

When looking toward next season, Degraffenreidt said he is excited even if they are losing some major members from this season.

“We are looking to do better than this year, go further, and win more,” Degraffenreidt said.

For next year the Matadors will look to win the Big West South division title, the Big West tournament, and win the first game in the NCAA tournament.