A look back at the 2016 women’s soccer season 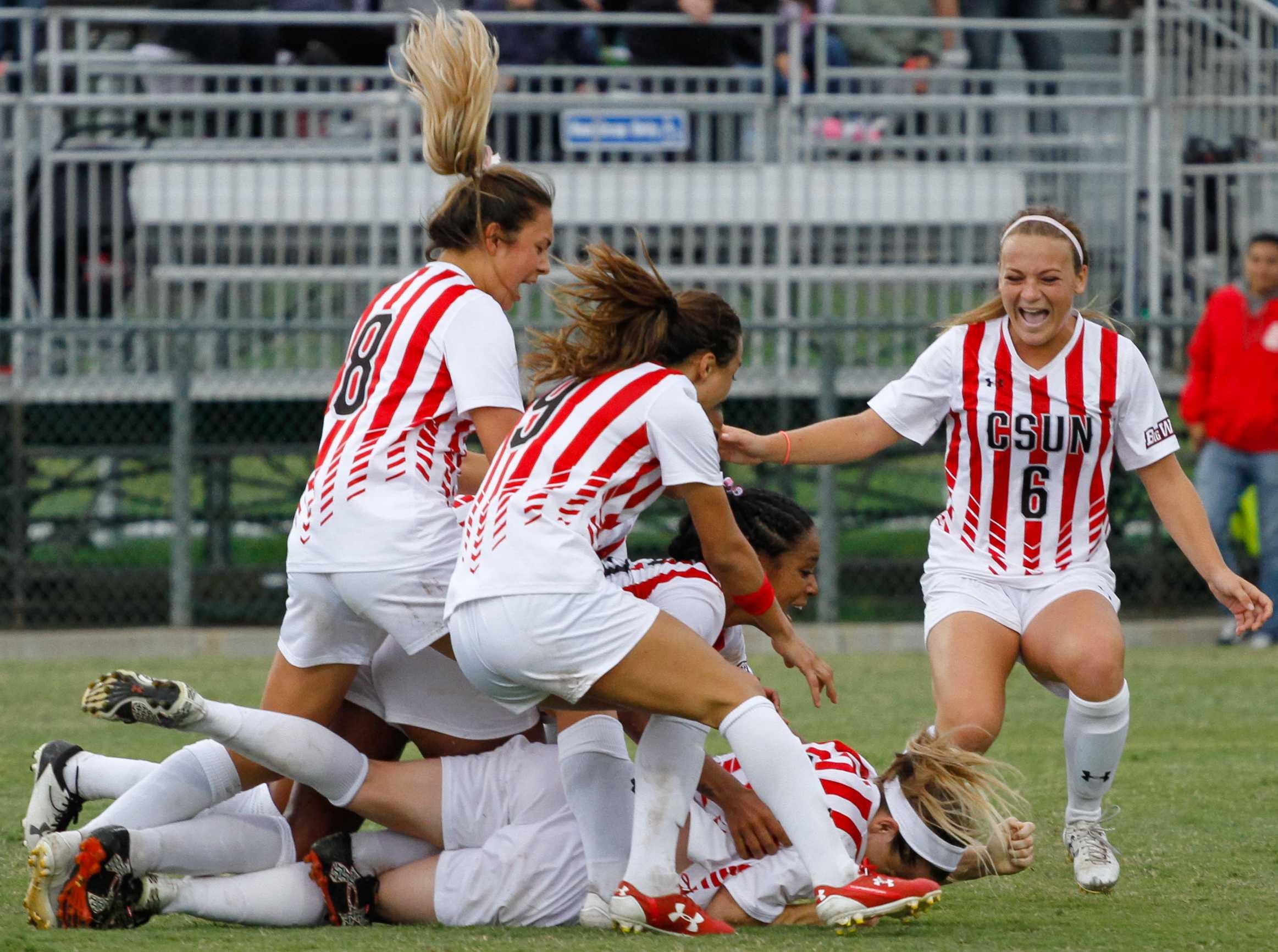 Teammates pile on top of senior Kourtney Kutscher, bottom, after she scored the game-winning goal in double overtime against the University of Hawaii at Manoa to win the Big West Conference Regular Season Championship. Photo credit: Ricardo Varela/ The Sundial

The CSUN women’s soccer team finished off the season with a record of 11-5-5, and saw the Matadors win the Big West Conference Championship.

At home, the Matadors were almost unbeatable; only losing two games out of 11 played matches. The road was a different story with a record of 4-3-2.

In conference play, the team finished with a record of 6-1-1. They played aggressive and strong defensively all season long.

The Matadors set a record of 14 game shut outs all season. They finished the season with a .643 winning percentage.

CSUN head coach Keith West said what he is looking forward to the most next season is getting back on the field.

“When you got good kids that want to succeed, and get back to work,” West said.

West emphasized his team needs to be more consistent next season.

“We were creating lots of opportunities, we just weren’t scoring,” West said.

He added that his team just did not finish, and hopes that that can change next season.

The team’s biggest scoring game of the season came against South Dakota with a 4-0 win and finished off the season with a school record 14 game shut outs. The girls in red would wind up coming away with close wins at five in regular stoppage time.

The team saw great performances from individual players with goalkeeper Jovani Mccaskil winning the 2016 Big West Goalkeeper of the Year. She also had a Big West record of 14 shut outs during the regular season.

The Matadors ultimate goal for next season is to be able to finish when it comes to scoring.