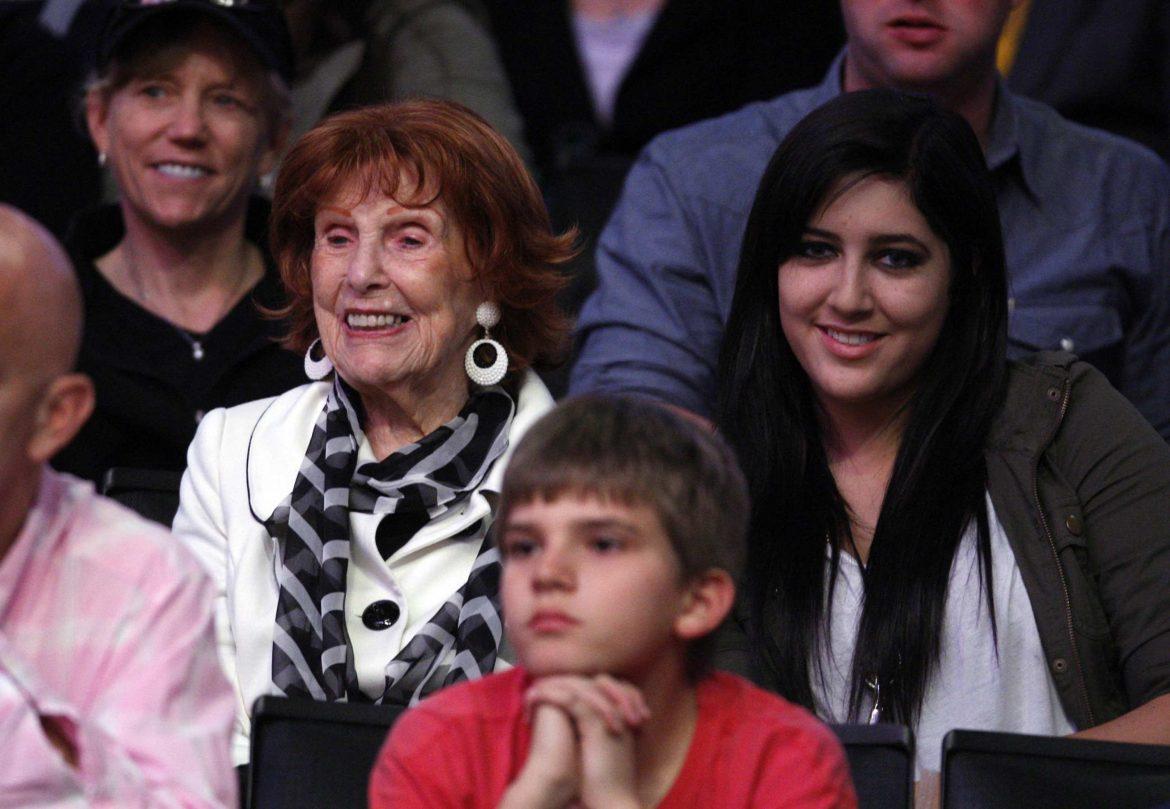 On Sunday the Lakers defeated the Atlanta Hawks to improve to a .500 team, but the big event of the night was the celebration of Chick Hearn’s 100th birthday.

Hearn was the Lakers’ broadcaster starting in 1960 when the team moved to Los Angeles. In his four decades as the voice of the Lakers he aired 3,338 straight games and created many sayings still used today. roadcastedHis “chickisms” include airball, charity stripe, finger roll, and slam dunk to name just a few.

He came up with the nicknames still used for former Lakers like Big Shot Rob, Big Game James, Nick the Quick, and Mr. Clutch. Then there is his famous catchphrase he used whenever the Lakers had the game won.

On Sunday the Lakers celebrated his birthday with interviews of former players reminiscing about their favorite moment with Chick. They had Kobe Bryant, Mark Madsen, Stu Lantz, and others telling stories which showed a different side of Chick.

Kobe talked about meeting Chick as a rookie, sitting next to him and talking about basketball. Madsen spoke about the time he met Chick, talked with him, and how Chick wanted to know him so he could build him up as a player and person.

Throughout the game, Lantz and Bill Macdonald talked about Chick and his time as a broadcaster, and how his catchphrase was retired when he passed away. Lantz, who worked with Chick for 15 years, said he would never use his catchphrase as only the greatest basketball announcer was allowed to use it.

As a boy growing up in Los Angeles, Chick Hearn’s voice was one of the most influential in my life. He was the voice I would associate with the Lakers at that time and even today. For me he was the greatest voice on television and I will always remember listening to him on KCAL.

My favorite memory of Chick Hearn will always be game six of the 2000 Western Conference Finals. I was unable to watch the game so I had to listen to it on the radio. During the conference finals, the broadcasters are those of TNT or ESPN, but on the radio it was Chick and Stu.

The excitement he created made me forget that I was not watching the game. He mesmerized you into seeing the plays as he called them, and the excitement he brought when the Lakers made their run. Yet, even though they lost to the Blazers, Chick had this sound of hope that the Lakers could still win the series in seven games and go on to win the NBA title. It was the only time I had sat next to a radio and listened to a full game.

Happy Birthday Chick Hearn and again, thanks for all the great memories you gave us in your amazing career.