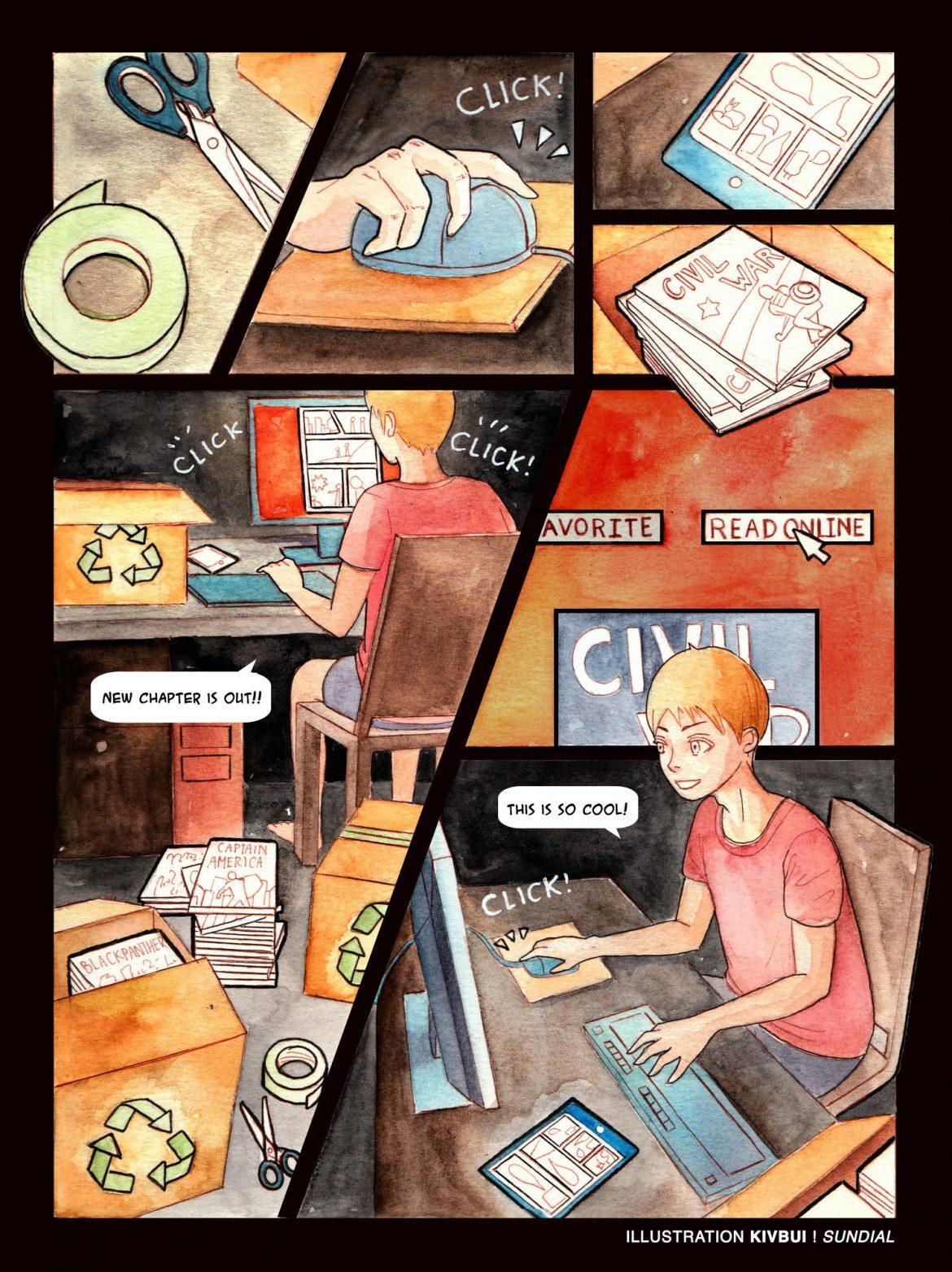 With everything being converted into a digital platform, comic book fans are the latest to experience it.

Companies like Marvel have subscription plans per month or year. DC Comics, IDW, and Dark Horse sell their digital issues as singles or bundles. Does the digital era mean the comic companies will no longer release actual print copies of their work?

“They have been saying it for five to 10 years, and yet it has never come to fruition,” Coller said.

He acknowledges that digital comics have grown thanks to their easy access and simply storage capability. However, he does not see print disappearing thanks to them being cheaper and collectibles.

“Digital is not cheaper nor does it have the same value as digital comics are the same price as print,” Coller said. “People want to have that in their hands. If read an issue of Sports Illustrated or Entertainment Weekly, you throw them away after your done reading. If you read an issue of Punisher, Avengers, Batman, Saga, or The Walking Dead you store them after reading.”

CSUN student Liam Zemlicka, a screenwriting major, agrees with Coller that print comics are collectibles as he prefers print over digital.

Calvin Park, a biotechnology major, reads digital and print comics but prefers print as it is a copy you can hold.

“Anyone can have access to digital but it’s different when you can say I actually have it,” Calvin said.

As digital property becomes more popular, it seems that print comics will not be disappearing any time soon. Many still enjoy the feeling of having their favorite print comic series in their hands.