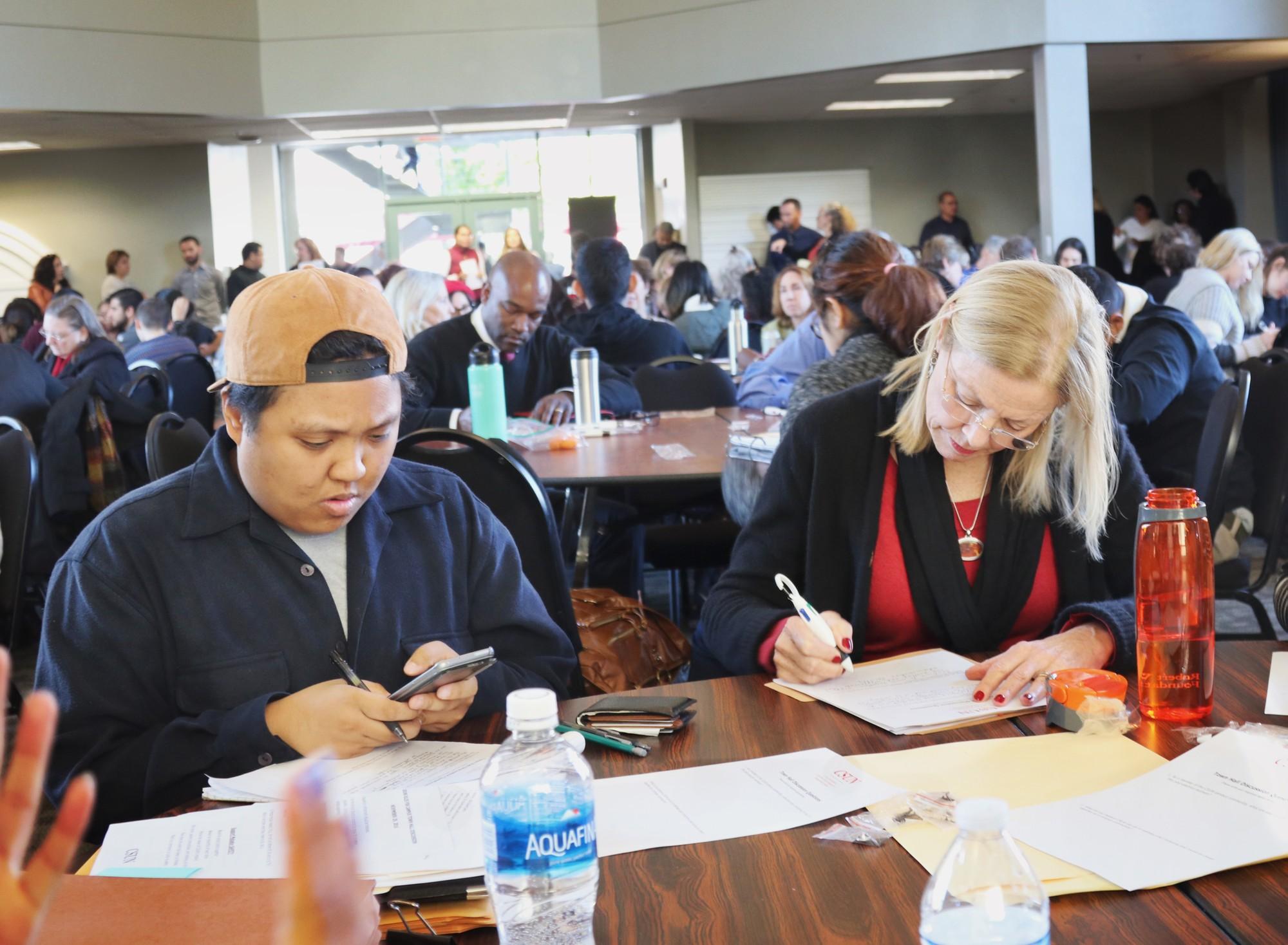 In the first post-election town hall meeting, held at the USU Grand Salon, President Dianne F. Harrison and about 150 students, faculty, and community members, came together to voice their concerns relating to policy and cultural changes expected to occur when Donald Trump takes office.

Two central sentiments were echoed throughout the meeting: what is going to happen to undocumented students and how will the campus community deal with discrimination involving race, religion, gender, or sexuality.

President Harrison directly addressed concerns having to do with undocumented students and CSUN’s status as a sanctuary school.

“We’re following California law, just like the city of Los Angeles, like LAPD, and anyone else who says we are sanctuary. We’re doing exactly the same thing, but we’re just not using that term,” Harrison said.

At the beginning of the meeting, President Harrison addressed the crowd she read the first sentence of the university mission statement, taking long pauses between words and looking deliberately into the eyes of audience members.

“Our university exists to enable students to realize their educational goals,” Harrison said. “We aspire to behave as an inclusive, cooperative community.”

A printed copy of the full mission statement was placed on every table in the auditorium, along with a piece of paper entitled, Town Hall discussion questions, upon which included two questions, “what are your concerns in this post-election moment?” and “What do you believe CSUN can do to address your concerns and move us closer together as a campus community?”

Student senator Zahraa Khuraibet, an engineering and computer science major spoke about her concerns as a Muslim student.

“We keep on talking about unity and accepting people’s values but you can’t have unity with someone who hates your existence,” Khuraibet said. “As a university, we have to find a way to reach out to those students who have a problem with our existence and think they have the right to oppress us.”