On campus tabling’s aim to educate students about sexual assault 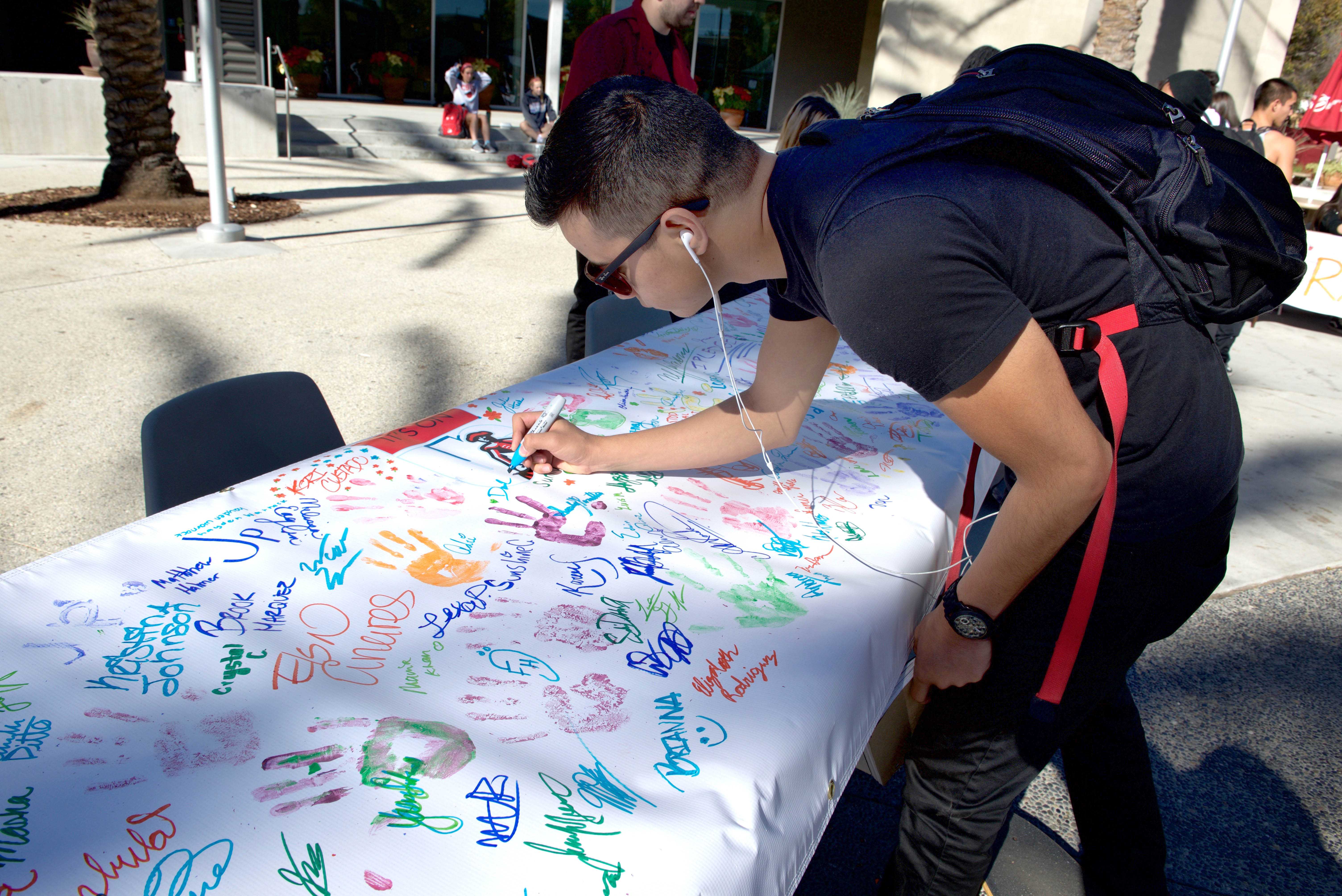 Communications Major Danny Chavez is signing his name on a white banner to pledge for awareness against sexual violence at Plaza Del Sol, CSUN on November 30, 2016 Photo credit: Alejandro Aranda

Project D.A.T.E is a peer education group at California State University, Northridge focused on educating the campus community about consent and how to prevent acquaintance and date rape.

On November 29, Project DATE held a tabling fair where a variety of campus peer education programs offered information about campus resources and topics related to sexual violence and how to avoid being a bystander.

During the fair, students were invited to decorate shirts as an outlet of expression. Many chose words of support for survivors, while others chose phrases that spoke out against sexual assault. The fair was held as part of Project D.A.T.E’s involvement with the It’s On Us campaign, which works to empower people not to be bystanders in matters of sexual violence.

Students wrote words of encouragement to victims of sexual assault, such as, “Believe everyone has a story,” and “Do not fear to speak.”

The Take a Pledge against Sexual Assault event took place on November 30, in the Plaza Del Sol courtyard at the University Student Union.

The event was about how to practice safe sex along with resources offered by other centers around campus. Students painted their hand and placed it on a white banner, which signifies their pledge against sexual assault.

The various booths were meant for students to have fun by playing the interactive learning games. At the first booth, students got a blank ticket card and an information pamphlet about student resources and reporting options for sexual violence. To use the ticket card, students must go to a station and either play a game that will teach them about an organization or just listen to information.