It’s On Us campaign aims to raise bystander awareness nationally 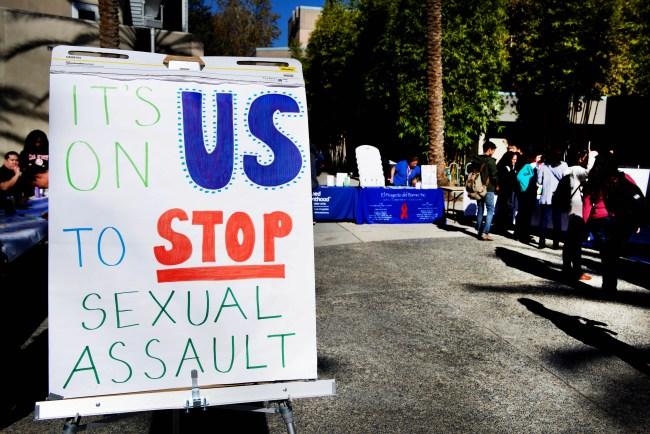 Sign put up at the Take a Pledge Against Sexual Assault event. Photo credit: Alejandro Aranda

It’s On Us is a national campaign that strives to raise bystander awareness and prevention of sexual assaults.

The campaign invites everyone to sign a pledge to not be a bystander and to make a personal commitment to keeping both men and women safe from sexual assault.

Earlier this week, a variety of events surrounding the It’s On Us campaign were sponsored on campus by Project D.A.T.E. Other campuses across the nation are also getting involved in the campaign and are working to break the stigma surrounding sexual assault.

The It’s On Us website provides a thorough guide for anyone hoping to hold events on their own campuses, including event ideas and how to utilize important times in the school year such as the beginning of the fall semester.

The campaign, which was launched by the Obama administration in September of 2014, has created two national action weeks a year. These weeks are “themed” days of the week that encourage students to hold events and start conversations. Recent themes included ‘Got Consent?’, ‘Supporting Survivors’, and ‘What’s Next?’

It’s On Us has grown so much that certain states are beginning to offer grants to colleges to help them improve awareness and prevention, and to crack down on offenders. Earlier this week, Pennsylvania granted $1 million in state funds to 36 different colleges and universities across the state.

A myriad of celebrities including Zoe Saldana, Jesse Matcalfe, and John Cho have gotten behind the campaign. Companies such as Lyft and Electronic Arts, networks like Spike and MTV, along with fraternities and sororities are all listed as partners of It’s On Us on their website.

It’s On Us announced a partnership with 28 new universities last week, including Oregon State and Northern Kentucky University. As the campaign gains momentum, it’s unclear if other states will follow Pennsylvania’s lead.