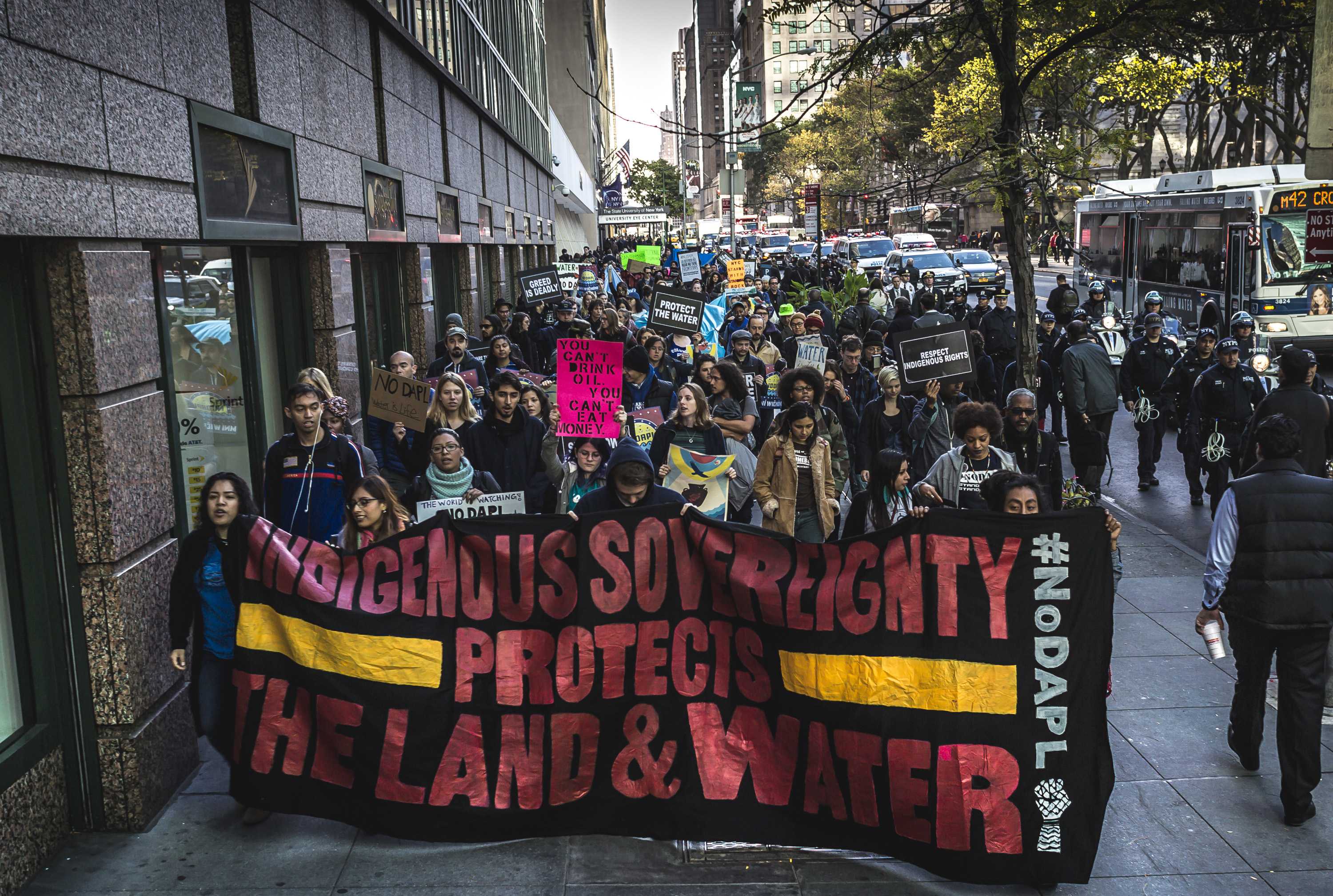 Hundreds of New Yorkers gathered at Grand Central Station in solidarity with the indigenous and non-indigenous allies who are on the frontlines in North Dakota fighting the construction of the 3.8 billion dollar Dakota Access Pipeline on Nov. 1, 2016 in New York City. (Michael Nigro/Pacific Press/Sipa USA/TNS)

The current route for the pipeline near the Standing Rock Sioux Reservation has been denied construction by the United States Army Corps of Engineers and the Obama Administration.

Protestors and activists defending the site look at this as a victory in their favor, as the pipeline would have run under a reservoir on the Missouri River at Lake Oahe, reported PBS Newshour.

This announcement comes after the U.S. Army Corps of Engineers set a Dec. 5 deadline for protesters to leave the site near Bismarck, N.D.

“For the first time in history, American Indian issues…[the government] heard our issues and had the courage to take initiative to make the right decision,” Standing Rock Sioux Chairman Dave Archambault II said to NBC News. “This is something that will go down in history and I know that it’s a blessing for all indigenous peoples.”

Even with the halt in place, president-elect Donald Trump has expressed his support of constructing the pipeline, a statement met with praise by North Dakota Senator John Hoeven and Kelcy Warren, CEO of pipeline builder Energy Transfer.

In support of the Trump campaign, Warren donated $3,000 along with $100,000 to a joint fundraising committee for the campaign, according to Fusion. No comment has been made by Energy Transfer after the decision was made, reported the Wall Street Journal.

“Because the Obama administration continues to delay that decision [on the pipeline], we have met with President-elect Trump’s transition team on…the need for the new issue and easement for the project,” said Hoeven in an official statement. “Also, it is important to know that the new administration will work to help us grow and diversify our energy economy and build the energy infrastructure necessary to move it from where it is produced to where it is needed.”